Will our media landscape look the same in 10 years time? 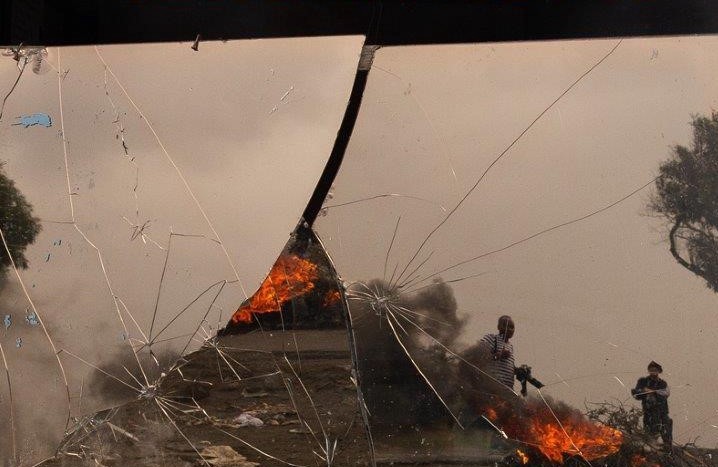 Will the media landscape look the same in 10 years’ time? What will remain, and what will change, what will shatter, and what will disappear entirely? These are some of the questions the latest State of the Newsroom attempts to address and captures various uncertainties about the South African industry. The report, called “structure/unstructured” tries to capture the uncertainty within the South African media and journalism. It looks at such as retrenchments in the newsroom, fake news, fact-checking journalism and the threats of media freedom in the country. It details the shifts, highs and the lows in the industry that may suggest an on-going weakening of the “traditional newsroom”.

During the launch, a panel, headed by the director of jamlab, Indra de Lanerolle, discussed the current state of journalism and the future of newsrooms in South Africa. He was joined by the executive director of the South African National Editors’ Forum (SANEF) Kate Skinner, managing director of the Daily Vox Sipho Hlongwane and Tiso Blackstar’s digital managing editor Riaan Wolmarans.

Editor and lead researcher of the report, Alan Finlay said, “journalists are being politely retrenched with no support and it’s making journalists vulnerable.” The report states that “unions working in the interests of journalists are weaker now than they were in the past”. During the panel discussion, Hlongwane agreed with this point, saying, “we need more journalist unions on an institutional level. We need the unions that can look after our interests such as editorial independence in newsrooms. There is a real lack of unions outside the newsrooms.” 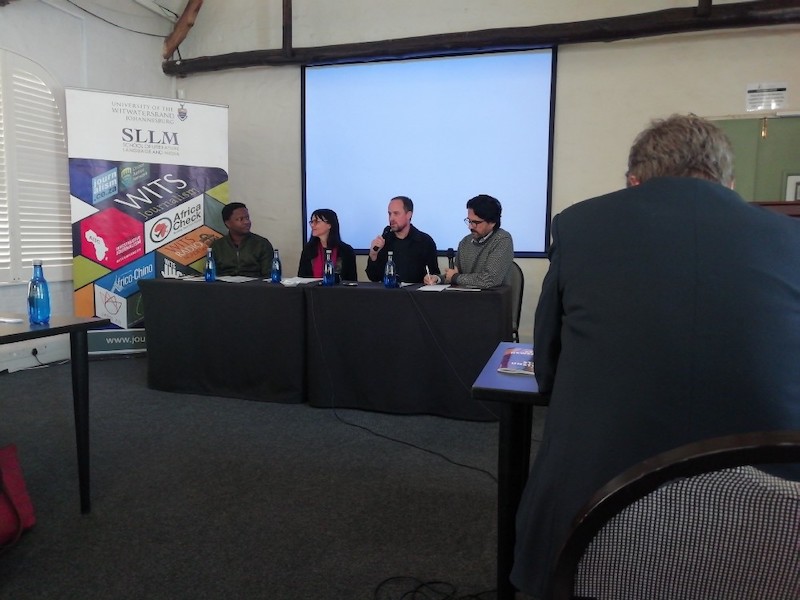 Wolmarans said that in every single media job he’s had he witnessed retrenchments. “It’s quite horrible and unions have proved to be very important in that process. Unions can help journalists with their jobs but it’s not really happening, so we should have more unions but it should be done properly from a labour perspective,” he said.

In the report, Professor Glenda Daniels shares some insights on what happens to journalists when they lose their jobs. From a survey that158 South African journalists participated in, it found that the media is a disorganised media sector, where retrenched journalists receive little support from institutional bodies and unions as they tackle the uncertain and difficult task of reinventing their careers.

Where revenue is concerned, the panel agreed that the media needs to start looking for new revenue streams and business models that would work for them.

Wolmarans said newsrooms needed to diversify their revenue sources in order to keep up with the competition presented by the digital era. He suggested widening the range of media — trying out podcasts for example. Paywalls were necessary for most and that meant more investment in quality writing and sub-editing. “If you are asking the audience to pay for the content, make sure the quality of your content is good, this is something we have come to realise at Tiso Blackstar,” said Wolmarans.

Hlongwane chimed in saying, in the case of SABC, the public broadcaster needs a re-transformed organisation in all languages, on all platforms, on digital and on mobile. He thinks that could help the broadcaster gain some traction and reinvent itself.

Skinner also focused on the need to keep the SABC running. “Considering that the SABC has 28 million radio listeners who rely on them to deliver news — and these people don’t have access to other media and its also in their mother tongue – it is important that the SABC stays alive. And the SABC is not the same as niche publications which can use paywalls or loyalty based publications like the Daily Vox. With the SABC, public funding has to come in and keep it going because it is a public space which brings audiences together,” the Sanef executive director said.

Who is considered a journalist?

Skinner shared that Sanef has organised the traditional and mainstream media but there’s definitely a view now that media extends beyond those two. “I think there is a potentially powerful partnership within the media sector. Community journalism and mainstream media should work together and pull together, share digital tools, training, projects and resources and see where we could all benefit and Sanef is spreading its wings to incorporate everyone who isn’t viewed as a traditional journalist,” she said.

Hlongwane gave an example of the Daily Vox’s experience during the #FeesMustFall protests. He said the digital publication was frequently allowed into “secret meetings”, because it was not viewed as a newsroom. “But now we have a problem even getting interviews with the political parties because they see us as students. So the idea of who is a journalist is causing some problems in terms of how the public views the media. So I encourage all media to fight and defend ourselves as an institution.”

In looking to the future, the challenges will remain and persist. As the job losses and revenue issues continue, Hlongwane believes that a lot of journalism and media spaces are opening up and that includes different niches which people should take advantage of. “Access to all media should be growing. If you have the right mindset, a slightly different perspective and a clear niche, you can try to find your audience and have a good relationship with them and (then) you may succeed.”

Skinner reiterated her point on collaborations and newsroom cooperation in the media, “We absolutely need journalist organisations that can help us unionise and collaborate I really believe we need cooperation between newsrooms. Look at the #GuptaLeaks, it was about cooperation between various media houses and that is what we need to see more of.”

Wolmarans asserted that South African newsrooms should think of focusing on the basics of journalism again, “make sure your websites are really good, write stories with context. The basic principles of journalism such as quality are the foundation of journalism and this will help our industry.”

Find the full State of the Newsroom 2018 report here.