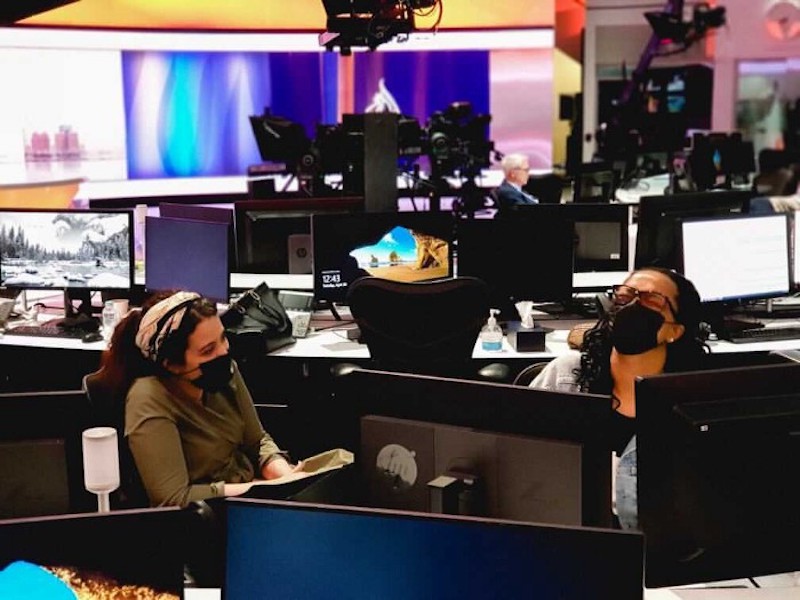 Until the arrival of the world wide web, the media model that worked revolved around money made from selling advertisements and from revenue from subscriptions or copy sales. But online delivery has left traditional media struggling to find new revenue sources while using web metrics to quantify audience numbers and engagement.

To cope they have begun to use web metrics to inform how they sell online content and attract diverse, digital revenue sources. These have received substantial attention across media houses struggling to sustain themselves financially on digital platforms.

But as my 2017 PhD research shows, there are other factors that contribute to the strength and sustainability of a media house.

One of them is how news outlets are organised — how they conduct their day-to-day business. In particular, how they marry traditional practices (before the arrival of the internet), with the demands of making news available for online distribution.

My research focused on a case study of a Kenyan commercial FM radio station that had incorporated the web and other digital technologies in its journalistic practice. The station was making money from its digital platforms. The interesting question was: why?

The study showed the emergence of two distinct organisational cultures in the newsroom. These cultures — hierarchical and non-hierarchical — enabled production speed and innovation respectively.

This formulaic approach tended to promote speed. On multiple occasions, I observed radio and web stories being written within 10 to 15 minutes because of the standardised approach that reporters took to developing the stories.

But in a separate working area where contributing writers and in-house editors worked together to develop and edit web content, I witnessed a more ad hoc working culture. Here, journalists collaborated frequently and there was little emphasis on hierarchy. Meetings tended to be informal interactions. And all the experimentation took place in this area. For example, members of this team conceptualised, created and published web series on YouTube and then embedded them in the website’s TV section.

I was persuaded that the station’s meld of hierarchical and non-hierarchical cultures contributed to its success. In my view, organisational culture can also make a difference. But only if it is disrupted.

My main takeaway from my research is that newsrooms need a blend of both cultures: the old ways of doing things provide a bridge to the past, while the new enable news organisations to exploit and adapt to the nimbleness of emerging and changing technologies.

A tale of two systems

The adoption of digital technologies and the emergence of two working cultures at the radio station were done at the behest of the owner and management. Driven to establish the station as a pioneer and market leader, they moved early to incorporate digital technologies more deeply even with the early uncertainty that the venture wouldn’t pay off.

The station had a typical, traditional newsroom with an editorial director overseeing a team of editors, reporters and news readers. They produced news for radio, their website, and mobile breaking news platforms. The coverage included sports, general news, politics, and business.

But it also had a team that focused purely on generating digital content for its website and social media platforms. This content was sourced from a small team of editors and a network of external contributors. It included lifestyle features, celebrity gossip and web video series. This content was more playful and experimental than what was generated in the newsroom.

News had been the station’s traditional money-maker primarily through advertising and sponsorship of radio news bulletins. But the lighter content from the exclusively digital team had drawn audiences, attracting new advertising clients. By the time of conducting my research in 2016, the lifestyle section of the website had begun making more money than the news section of the website.

The digital set up was much less formal than than the traditional newsroom. Here, the team relied on a network of freelancers who worked on exclusively digital content with weekly deadlines. The team worked non-hierarchically. Editors allowed for greater collaboration and interaction among the contributors, themselves, and a webmaster who contributed story ideas.

There was a physical separation between the newsroom and the digital department. But the company bridged the gap by embedding new roles, like a social media manager, into the traditional newsroom. It also allowed certain personnel — such as a business writer — to work in both spaces.

Journalists working in traditional newsrooms are used to hierarchical, structured routines and practices. In my research, I found that these journalists have been disrupted by the entry of digital spaces where younger, tech-savvy content creators work on rolling deadlines within evolving structures and routines.

The result is separation and tension between the two. This has left media houses struggling to take advantage of their divergent but complementary strengths.

Research has established that even with digital technologies there are aspects of journalistic labour that have remained rooted in routine. Take the gatekeeper role of the editor, for example. This role contributes to the verification of content and strengthens the credibility and trustworthiness of a news brand. By contrast, the flexible digital structure enables experimentation and creativity, which is useful when dealing with the dynamism of the profession of journalism.

There is therefore room to enable and encourage these two types of cultures in contemporary newsrooms.

How to enable disruption

Teams should also be a mix of new hires and experienced editors, tech-savvy content creators and technically challenged news gatherers. The goal would be to harness the technical know-how and creativity of the denizens of the digital space, while making use of the experience, institutional knowledge and networks held by those in the traditional newsroom.

Participatory, informal discussions could then be had alongside top-down, formal interactions to engender a hybrid innovative and imitative environment.

Towards this end, media houses with digital and traditional newsrooms in Africa can engender more collaborative environments to address the tensions that often emerge between the old and the new. This would go a long way towards sustainability.