Where is the money in African podcasting? 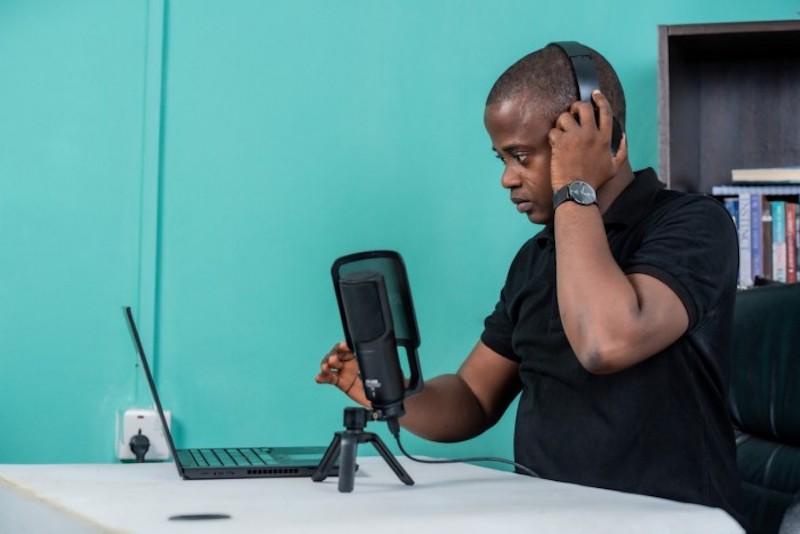 It’s a question that podcasters around the world have been grappling with as the popularity of podcasting grows. None more so than in Africa, where the medium has really taken off as more people gain access to the internet and data becomes easier to access via smartphones.

South African comedian Simmi Areff, who left commercial radio to launch his own podcast Lesser Known Somebodies, said that it was not a challenge unique to African podcasters, adding that 1% of podcasts make money globally. He believes most podcasters have opted to use the ‘freemium’ model where influencers make content and hope it would get listened to.

Kenyan podcaster Dan Aceda spotted a market where there was a glut of creators and a lack of infrastructure in his country. He used that as an opportunity to create his own content. Aceda said African podcasters needed to explore the syndication model, but it could only work if the quality of the podcasts improved. “People want to advertise on 100 podcasts, not just one. A podcast aggregator helps operate on scale not just on one. The syndication model works.”

Phil Chard, a prominent Zimbabwean podcaster and co-host of the award-winning 2 Broke Twimbos podcast, argues that the syndication model cannot work or scale in Africa currently. “I think we are still very early in the life cycle of podcasts on the continent and brands are reluctant to invest heavily in them. Currently, our podcast has 30,000 subscribers which is huge for us and Zimbabwe. But on a global scale, it is a drop in the ocean. Even larger networks such as BBC Africa have struggled to find regular advertising on their podcasts, even on the unique content pieces that they have begun developing specifically for digital channels,” he told Jamlab.

Chard said his podcast had found success by being consistent for the last 10 years and taking their listeners with them along the journey. “Some of our fans are now decision-makers at brands who now understand the value of podcasts.”

Broadcaster and host of the Make Sierra Leone Famous podcast, Vicki Remoe, said there were two types of podcasters: professional podcasters who survived on their podcasts and those who found other avenues to make a living then channelled their money into the podcast. “As early adopters of technology, you’re going to take a lot of hits. Build a community.” She said African podcasters must investigate who is interested in the content and build relationships with their audience. “Go to brands and tell them that your podcast and brand speaks to your community. Think below the big brands, think small to medium-sized companies. It may not be large revenue but it is revenue nonetheless,” said Remoe.

Areff echoed a similar tone. “Go to brands and be their own media house. They use your services as a podcaster to market your podcast.” Areff has partnered with a friend who owns small coffee shops to play his podcast in his shops. This helps him know the demographic of people who are listening to his podcast. “Go local and go small to monetise your podcast,” he said.

Chard said he had been able to sustain the 2 Broke Twimbos podcast by making it a key selling point under his digital creative agency. “When we pitch for campaigns we use the podcast as a value addition with an extra channel to help the client share their message.” In addition to that, listener support in the form of donations had also proved to be a consistent source of income allowing them to hire a full-time producer and acquire more studio equipment.

But despite their investment into growing the podcast over the past decade, he said big corporates were still slow to come on board. A disheartened Chard said: “…podcasts cannot currently survive on the continent without support from grants or benefactors”.

Aceda said another metric that podcasters should focus on was how much of the podcast people are listening to. “It’s the most important metric to learn where to place an ad and what type of content people enjoy.” He said this number would help you know how long to keep the length of a podcast as well as where and why your engagement drops.

Podcasters are also guilty of focusing too much attention on production and not enough on promoting their podcasts, said Remoe. “Your podcast should be well branded and visible too so that advertisers can easily identify with it. Make it look and feel really big, successful, and professional.” Brands are more likely to buy into a podcast that sounds and looks professional.

But beyond metrics, factors such as low internet penetration could be a hindrance to the growth of a podcast. Despite this, Remoe’s Make Sierra Leone Famous podcast had found an audience because it is content made for Sierra Leone by Sierra Leoneans. “It’s about wanting to tell our stories to the world. We’re also here. We’re not just mudslides and gloom. It’s not just passion, there are stories that need to be told about Sierra Leone and Africa,” said Remoe.

Areff agreed, adding: “Speak the people’s language and they will come.” But he insists that only a few podcasters will make money and that passion should be the driving force, then profit. “Just start making a good, high-quality podcast that is interesting and people will enjoy. It doesn’t happen overnight.”