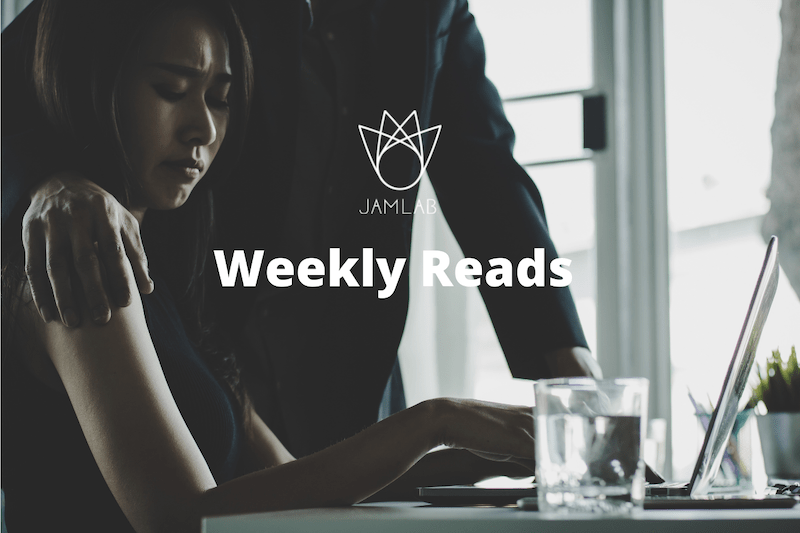 The survey of newsrooms was done between July and November 2020 in eight countries across Africa: Botswana, Kenya, Malawi, Rwanda, Tanzania, Uganda, Zambia and Zimbabwe | Read the report here

The pandemic and continued lockdowns have had a major impact on the mental health of South Africans. Dr Priscilla Reddy from Human Sciences Research Council said that South Africans are increasingly being diagnosed with depression. The number of South Africans screening positive for depression increased from 24% to 29% between July and December 2020.

These six cost-free ways can help anyone, including journalists, to take care of their mental health. Dr Kagisho Maaroganye from the South African Society of Psychiatrists also noted that civil unrest can also have a mental and emotional impact | Read the article here.

The leading West African fact-checking body Dubawa has received the backing of Sierra Leone’s government following its recent expansion into the country.

Speaking at the official launch, Sierra Leone’s Minister of Information Mohamed Swarray, said the body had the full backing of the government in its bid to stem the growing climate of misinformation, disinformation and the amplification of fake news.

Dubawa is an initiative of Nigeria’s Premium Times Centre for Investigative Journalism. The organisation has branches in Nigeria, Ghana, Liberia and has now opened an office in Sierra Leone.  | Read the article here

The Redzone | How influential is media in defining Africa’s story?

There is no doubt that the media has played a pivotal role in shaping the world’s perceptions about Africa.

Africa No Filter in partnership with The Future of Media held an event that unpacked how the media industry needed to change the stereotypical views of the continent as one which was ‘broken’, ‘in flames’ or as The Economist once famously wrote in a 2000 cover, the ‘hopeless continent’.

In 2020 Africa No Filter ran a survey of 38 African editors and analysed more than 300 articles from 60 African newsrooms across 15 countries to produce the “How African Media Covers Africa” report. | Read more about this here

M&G | #ZumaUnrest: How to spot fakes and hoaxes online

Journalists are just as guilty as the general public of falling for hoaxes and fake news in this fast-moving information age where everyone wants to be the first to break a story online.

This guide shows journalists how to make it instinctive to check first and apply the same verification of images, video’s and information as they would in other traditional forms of media.

There are various free tools and useful links that can help to speed up this verification process. | Learn more about them here