Veronica Dan-Ikpoyi on being a broadcast journalist in Nigeria

“The most challenging part of my job is trying to hold people to account and with little access to information this makes it challenging,” says Veronica Dan-Ikpoyi, a Nigerian journalist and news anchor 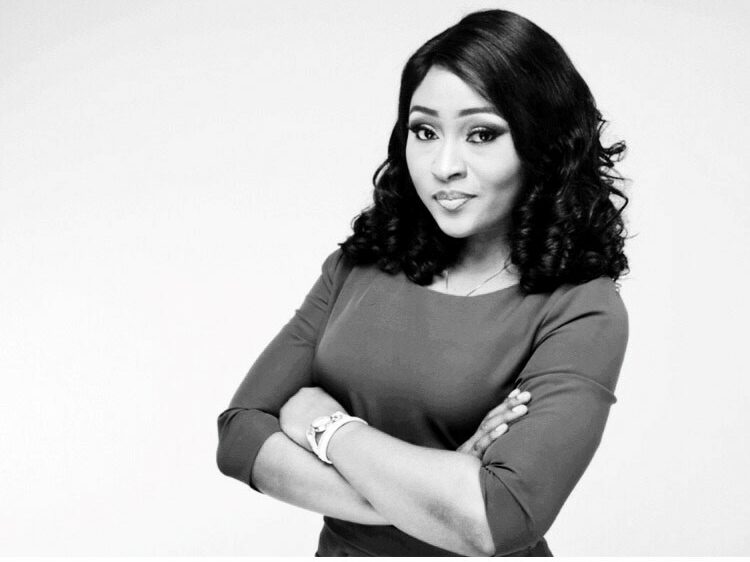 Veronica Dan-Ikpoyi is a seasoned journalist with TVC Communications who has over a decade of experience and is a highly passionate media professional. She is a media trainer, whose wealth of experience has impacted several journalists from various trainings she has been a part of.

She is passionate about telling stories and having conversations that help shape the Nigerian narrative. Dan-Ikpoyi was a finalist for the 2016 CNN Multichoice African Journalist of the Year and is currently the co-anchor on the  Breakfast Show  TVC Breakfast.

1.) What inspired you to become a journalist?

Initially, it was about admiration for people who read the news; how they pronounced words and all. However, when it was time to get into a higher institution, my grades were a perfect fit to study mass communication. I also realised that I was interested in telling stories and asking questions. Therefore, I went ahead to take professional training to hone my natural gifts.

2.) What has your experience been as a female broadcast journalist in Nigeria?

Being a woman journalist in Nigeria is not a walk in the park. You must get a dose of certain experiences that either strengthens or weakens you. Gender inequality is pervasive in the media space where you expect a high level of enlightenment that should challenge these biases.

The fact that women are denied some roles and positions and are not allowed to take up certain assignments still beats my imagination. It goes to show how deep our cultural values run. Workplace harassment is another concern that a majority of female journalists go through especially if you are a reporter or anchor.  I had my fair share of all these issues but in all, I have been able to circumnavigate through to where I am now.

3.) What is the one story that you worked on which had a lasting impact on you?

Well, it is difficult to make a choice right now because the stories I have done so far have affected me in diverse ways and on diverse levels. However, I would say the story I did on mental health, where people who had mental health issues were in chains – it was incredibly dehumanising.

4.) What issues do you still want to explore or investigate in Nigeria?

There are so many issues I would love to explore – social injustice, sexual and reproductive health, as well as cultural issues and how they impact women.

5.) How would you describe the media landscape in Nigeria?

The media landscape in this part of the world is evolving, certainly not at the pace we expect, especially when compared with the pace of developed countries. Except for a few, most privately owned media houses find it difficult to bear the financial burden – they crumble under the weight. This has had a huge impact on the media performing its role of holding power to account. Successive governments have for long struggled to maintain the right balance with the media. So for example, we went through long years of military rule marked largely by tyrannical intolerance for journalists. The media, especially private media, nearly petered out. Then came some glimmer of hope following the return to democracy with the media seemingly able to perform its roles in the new environment of freedom but even that seems to be in jeopardy already. Finally, politicians who own big media employ journalists who are supposed to be the watchdogs of society. This is a huge challenge in delivering a vibrant democracy because politicians are not critiqued or held responsible as the media houses are owned by them. As a result, a majority of Nigerians have resorted to using their social media platforms to air their grievances against the government and those in power but that resulted in the ban of social media platforms and the government introduced a law that monitors social media.

6.) What is the most challenging part of your job?

7.) What has been the most rewarding part of your job?

The job has been quite rewarding in many ways. Like having to meet different people who are willing to share their stories and views with you and seeing the impact that makes, first-hand. Being recognised by international and local bodies via award nominations or invites to be a part of workshops as well as having the opportunity to share knowledge with up-and-coming broadcast journalists when I serve as a resource person at trainings I am invited for.

8.) What are the biggest misconceptions about broadcast journalism?

One of the biggest misconceptions is that women who practice broadcast journalism are loose. That is an unfair statement on the women folk because there are many disciplined women who have been able to achieve work/life balance successfully. There is the misconception that once you work in the broadcast media, you are rich, but even that is not true either!  Most broadcast journalists are not well paid. What people do not know is that a majority of journalists are driven by their passion for the job. There is this school of thought that it takes next to nothing to be a broadcast journalist, that all you need is a pretty face and the ability to speak well – we all know its way beyond that because you have to put in the hard work if you want to be recognised.

9.) How have you dealt with personal attacks, harassment and general distrust of your work?

I was quite young when I started out and I experienced harassment in the workplace – at first, I would cry. However, I have developed a tough skin and speak to people about it – compared to when I started there weren’t available channels to report harassment but over the years there have been options for women to share their grievances.

10.) Any advice for aspiring news anchors and is the industry doing enough to train and mentor up-and-coming anchors?

Personal development is key. They should invest in training themselves and not necessarily wait on the organisation they work with to do so. Read journals, books and everything that can improve your knowledge. Look for mentors – you can learn a lot from their wealth of knowledge. The industry is not doing enough with training and mentorship programmes. This is sad and it has affected the quality of delivery over the years. I hope we see a revival of this aspect soon.