Using online radio to create dialogues through Not Yet Uhuru #CSW62 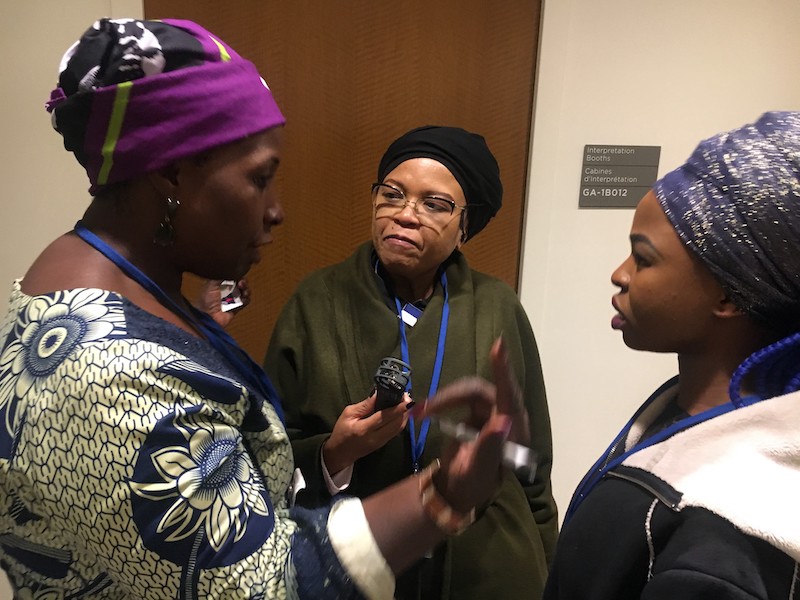 We recently caught up with the women led Soul City, alumni of the first JamLab Accelerator programme. Since completing the six month programme and getting funding of a half million Rand from the South African Media Innovation Progam, they have been focused on becoming a bankable business that can make the world a better place for young women and girls.

When they joined the accelerator programme in early 2017, the team wanted to create a commercially viable, feminist radio station that captures the voices of marginalised women and girls, and to explore the feasibility of becoming a Mobile Virtual Network Operator, providing cheaper data while offering a range of services with appeal to young women Since winning the R500 000 SAMIP prize, the team have been working hard to make this a reality.

“It was great to win the prize. It enables us to continue with the project, to continue learning and exploring ideas of how to make it a viable and sustainable proposition,” said Soul City’s chief executive Lebo Ramafoko.

Some of the plans that are in motion include partner negotiations with an existing station to produce feminist radio content and podcasts over a period of 12 months.

While their plans are in motion, Soul City is steadily making strides in the radio/podcast field. Most recently, the team attended the Commission on the Status of Women (CSW) conference in New York. One of their roles at the conference was to use their Not Yet Uhuru Soundcloud platform to publish podcasts that covered the conversations that happened at #CSW62. Soul City’s Ramafoko and Rise Young Women Advocate Naledi Chirwa represented the organisation at the conference.

Part of our role was to interview different delegates and participants at the conference, majority being women and our aim was to amplify the views of African women and girls as articulated by CSW participants, with the intention of ensuring that government representatives are alive to the views of the people they are representing which in this context are women living in rural areas and that they do not articulate their personal views or the views of their fellow government representatives based on notions of group solidarity, if this group solidarity serves to undermine an inclusive agenda for rural women and girls.

Our podcasts at #CSW62 included an intergenerational dialogue with women facilitated by Nyaradzayi Gumbonzvanda of Rozaria Memorial Trust, we interviewed South African political party’s Economic Freedom Front member of parliament Delisile Ngwenya, as well as South African Minister of Women in the Presidency Bathabile Dlamini. We also recorded a dialogue that focused on Making the rural economy work for women and girls, which included a vox pops from “Leave No One Behind” session and another interview with Dr. Jessie Kabwila, Chairperson of Regional Women’s Parliamentary Caucus of the South African Development Community (SADC) and #CSWYouthDialogue featuring an interview with Executive Director of United Nations Women Phumzile Mlambo Ngcuka.