What are the best applications to use for mobile journalism reporters? 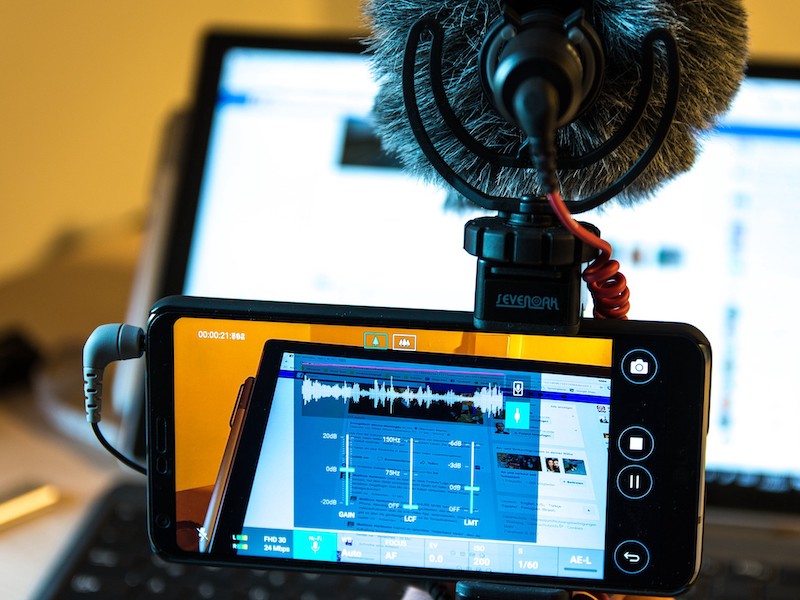 As mobile journalism becomes a necessary part of newsrooms output, reporters and editors alike need to the capability to create and edit videos instantly and upload them online from mobile phones. There are a range of mobile apps that are easy to use that have been adopted by newsrooms. If you are new to this field this tool review could help you get started.

We spoke to experienced mobile journalists about some of the mobile video editing apps they use in their newsrooms to enrich their stories. 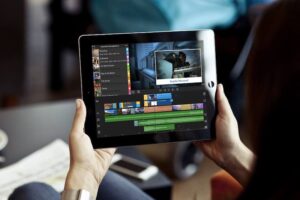 Launched in December 2016, LumaFusion is a multi-track video editor to tell compelling video stories. The app has three video/audio tracks for photos, videos, titles and graphics as well as three additional audio tracks for narration, music and sound effects. Once the video is ready, it can easily be shared to Facebook, YouTube, Vimeo, Box, Dropbox, Google and various other platforms.

The positives: Editing on a cellphone speeds up the process of incorporating footage taken on a cellphone into a piece, it means I don’t have to first take the time to transfer footage to a laptop for example.

There’s a ‘quick and dirty’ feel to the process and the product and editing on a cellphone allows you to tell stories raw, using limited footage — -I’m not going to shoot hours’ worth of footage on a cellphone and so it’s unlikely that I’m going to be ploughing through heaps of video before I select the material I want.

You can import media from your cloud, this is really helpful if you want to access media you’ve ‘archived’.

I can effectively run a ‘one-man’ operation, and because I use the app on my mobile phone I can be mobile if for example I mount my phone on a selfie stick as opposed to tripod.

The negatives: LumaFusion is exclusively built for iPhones. Depending on the size of your phone screen, a smaller screen get uncomfortable to work on in a longer edit.

Examples of how Luma Fusion can be used: LumaFusion allows journalists to tell moving stories while on the move. Videos generated via this app could go onto to feed a newsroom’s social media platforms. This is especially handy when covering a developing story with activity on the ground e.g., demonstrations, protests…

Previously known as Replay, Quik is an application (iOS and Android) designed to create videos that look professionally edited in just a few taps, whether or not you know how to edit or not. The app uses algorithms to search for the best moments in each video and can even add transitions, effects and filters.

Yusuf Omar, journalist and founder of Hashtag Our Stories uses Quik and uploads his videos directly to social media platforms.

How do you use Quik? In a matter of seconds you can create explainer videos where you can add stills, videos, put text on them, or music and put videos. For example, when recording protests outside South Africa’s ruling party’s political head quarters, Luthuli House, I will grab five or six pictures from online that we are allowed to use. I’ll do a timeline and five lines of text, answering the who, what, where, why and how. And in a matter of seconds I’ll upload it. In a matter five minutes I can produce a five minute video on any topic using images, six lines of text and music. And really, that speaks to the ability of people who are sub-editors and people who are not in the field to also get into the mojo space.

The positive: It quick and it is easy to use. It works on almost every device and it exports very shareable friendly formats — in square, landscape and portrait — depending on what app you’re uploading to.

The negatives: You can’t change the font of the texts on the app and where the text appears. It’s quite limiting in that aspect. But it’s designed to be quick and anybody can pick it up and use it.

Examples of how Quik can be used: It’s great for journalists who are not in the field who can use archived photos and videos and they can create videos for online. 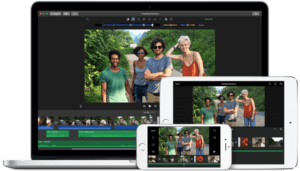 An application synonymous with iPhones, iMovie (iOS) is easy to use and has a simple interface. It is easy to use in portrait or landscape modes and can be used for simple projects or stories.

eNCA’s Miyashni Pillay used iMovie to edit stories on the go and says it is the best Mojo app for journalists.

How do you use iMovie? I use the application to edit video recorded on my phone while I am on the go or in the field.

The positives: The application allows you to edit videos and package on the go which is essential for a mojo story. You can add overlay videos, cut them and add effects.

The negatives: The only disadvantage is that you only have two channels to edit on at one time.

Examples of how iMovie can be used: I spent a year packaging stories on iMovie. I worked on an election series called Re bo mang for eNCA.com and also did a number of small packages and overlays for eNCA. WATCH: Who is the South African voter?

There are many more mobile video editing apps that can be used by independent journalists or in newsrooms and this list is not exhaustive. Here are some applications and oline tools you can use: