Tool Review: Live video streaming applications you could be using 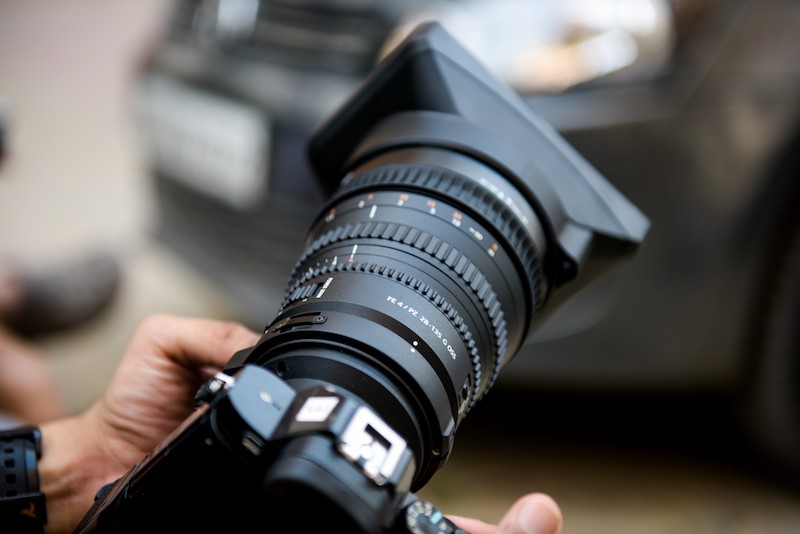 Live video streaming using smartphones and mobile networks is becoming an important tool for online news sites as well as for conventional broadcasters. Many video streaming tools are free and you don’t need advanced skills to be able to use them. There are challenges though — both to use and build an audience for them.

Video streaming can be delivered via social media platforms like Facebook and Twitter but in many African countries the audience for it is still relatively small. According to report from the We are Social Group, only 7% of internet users stream live online content on a television set, while 7% video stream on other mobile devices. But African journalists are finding uses for it. Freelance journalist Philip Owira used Facebook Live while covering a Fees Must Fall protest in London for South African television network eNCA.

Broadcasters and some major online news houses often use streaming tools like DMNG (SABC, South Africa) and Wirecast (The Nation, Kenya) that require servers to host and purchasing of proprietary software. But there are also free tools that rely on social media networks like Facebook Live, Twitter’s Periscope and YouTube Live to distribute your material.

We spoke to four African journalists who have used live video streaming about some of the options.

This is a mobile video live streaming application born out of a news story. The founders of Periscope came up with the idea while in Istanbul when protests broke out in Taksim Square in 2013. While the founders could read about the protests on Twitter, they could not see them. Periscope was acquired by Twitter in 2015, just before it launched. The video streaming application is available on iOS and Android. A user has the option to tweet a link to followers during a live stream. A Periscope user is also able to decide whether to make their video for public viewing or for selected users.

Jeff Wicks, a Senior Journalist at the South African Sunday Times tried using Periscope during a protest two years ago when working at News24.

How Jeff used it : Jeff first used it during an anti-xenophobia march in Durban in 2015.

The positives: At the time, it was the first instance of its use by a news house in South Africa. Jeff used News24’s Twitter platform, which had 1.2 million followers.

The negatives: Jeff had some teething issues because of his inexperience with the platform. He had issues with sound quality and camera orientation just because he was unfamiliar with the application.

Comments: “That was the first and last time I used Periscope and that is simply because of functionality. I don’t believe a march was the right fit. It entailed me broadcasting the same image of a march for several hours. I think it would be apt for press conferences where there is not a lot of movement required and the sound can be balanced. Also for a normal journalist, you are required to tweet, get images and video as well as file electronically. If you are to use Periscope, you would need a second device to dedicate to this purpose.” 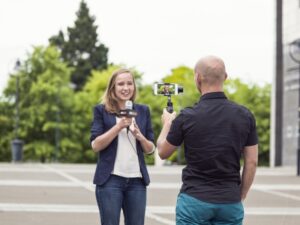 DMNG is an application used by the SABC digital team and other broadcasters. It is a mobile application that allows mainly Android-based smartphone user to transmit video content instantly from the front or rear camera. The app can also be used on a tablet to stream live high quality video content or even transmit pre-recorded video files over a good network connection. The application, used with additional servers and software, can be remotely controlled through a DMNG manager, which allows news organisations to seamlessly manage a large number of smartphones within its network.

How SABC uses it: Using a smartphone for live streaming of news events directly to their TV studio/broadcast production hub; or for recording, basic editing and transmission of the video clip/package — provided that there is reliable mobile or WiFi internet access.

The positives: It is quick and easy way to provide first phase, single camera basic coverage of live events with mobile equipment.

The negatives: It needs the server infrastructure and associated costs to be in place. DMNG is a paid service and the costs depend on how it is set up, where it is hosted, the usage levels, etc.

Comments : “It is an essential tool (for us) for instant breaking news coverage; and as an alternative for traditional TV cameras at first phase coverage of some news events and interviews. It can also be used for recording and basic editing in the field.” 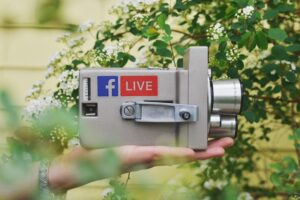 A more common and widely used video streaming application is Facebook Live. The user can reach very wide audiences through the live streaming mode and interact with viewers or followers in real time through the comments section. The operator can also respond to questions and gauge live reactions of their live broadcast. Followers can receive notifications every time a live broadcast starts.

When to use Facebook Live: When broadcasting live events.

The positives: It’s useful for bringing live news to a Facebook audience, many of whom are not near a TV.

The negatives: The video quality can be poor. It needs a strong data connection. Live streaming drains phone battery. And sometimes it’s difficult for audiences to get full context of the story when they are watching a live stream. Philip Owira, a freelance journalist based in London has used Facebook Live.

Comments: “I used Facebook Live to cover the Fees Must Fall Protests in London in 2016. I managed to bring news that was of particular interest to South Africans live on their Facebook feeds. At the time I was also covering the reports for eNCA. The Facebook live stream was tweeted by the channel and the story was made accessible to a wider audience.

“This tool is very effective especially when it comes to documenting events as they happen. It’s much better than competitors, such as Periscope, because with Facebook one can reach a wider audience. Most South Africans who use social media use Facebook. Therefore if newsrooms want to get maximum mileage for their stories, Facebook Live is the answer.” 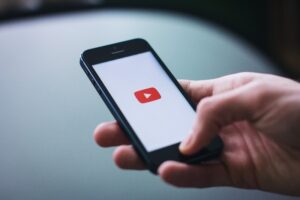 About six years ago, users could only watch recorded YouTube videos, but the application has since introduced YouTube Live, to allow users to stream videos in real time. Since the company launched the streaming services, various newsrooms have picked up on the application.

When to use YouTube Live? “I use YouTube live video streaming for on-the-ground reporting. I find I use this platform for more controlled live coverage — content that is planned rather than on the fly, because I can then deliver higher-quality production. I can pull in professional cameras and sound and stream coverage at an HD level, but this requires technical skill and professional equipment.”

The positives: YouTube is searchable so it is better for SEO than Facebook. YouTube can also be monetised with pre-roll advertising, which is a big win — but you can’t control the ads it displays, and YouTube retains rights to all your content.

Comment: “Live streaming in a news environment is all about getting inside the story. It’s a powerful tool that covers stories from the ground while giving viewers a more visual and in-depth experience of what they are consuming. Live streaming allows viewers to feel part of a story from the comfort of their chairs, which creates an emotional response and connection to the story.”

We especially want to invite readers to contribute and comment: have you used live video streaming? Which ones have worked for you in real conditions? Did you find audiences for streaming? Please share these in the comments below, directly via email to info@jamlab.africa, or join the discussions on our Facebook page and Twitter.