The virus, media monopoly and the plight of women journalists 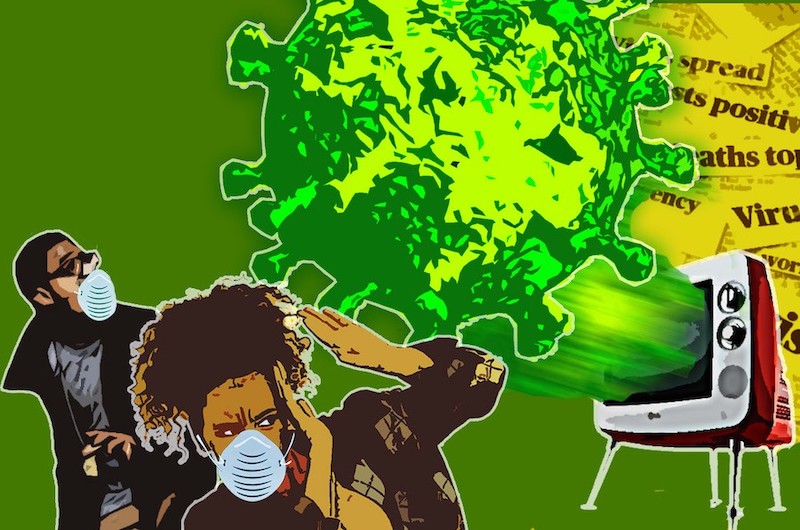 The recently released, sixth edition of State of the Newsroom 2019–20: Before/After report by Wits Journalism reflects on 2019 and also offers some initial reflections on 2020 from South African newsrooms. This report includes a detailed analysis of the media ownership up until 2019. It also includes a discussion on a roundtable about the roles and pressures faced by women media workers in the newsroom.

Although released a lot later in the year as opposed to earlier as with previous editions, Wits Journalism’s head of department Prof Franz Kruger says the pandemic was a disruption that couldn’t have been ignored for this edition. For 2020, the report looks at the immediate impact of Covid-19 on the survival of newsrooms. “It became impossible to look at 2019’s decline in the mainstream news media without taking into account that Covid-19 was about to wreak much greater devastation,” said Kruger in the report.

New in this year’s edition is indicators and commentary pieces focusing on gender and accountability, which were introduced in the last edition, but are now a regular feature.

Jamlab Accelerator alumnus and founder of Quote This Woman+, Kathy Magrobi provides an overview of its work in encouraging newsrooms to use more women experts as sources in stories.

For this report, Magrobi and her team, in an unusual form, hosted a “roundtable” on the State of the Newsroom, where women discussed gender dynamics most pertinent to women, the discussion found that in 2019, violence in its varying forms, is a recurrent theme for women journalists. Besides attacks on women, journalists also had to report on a number of cruel acts against women, including rape and femicide. It further showed that women in media tread on social media with extreme caution and expect to be at the receiving end of e-bile when interacting on Twitter. The discussion recognised the following

A parting shot from the discussion is that gender is not something that women working in the media are ever allowed to forget.

Magrobi also shared a summary of the work they’ve been doing at QW+ in amplifying the voices of women and otherwise marginalised experts whose opinions seldom feature in the news. In her commentary in the report, Magrobi shares how in the course of their work, the QW+ team found several reasons for this gender gap in news, especially in quoting sources.

A journalist at the Wits Justice Project, Edwin Naidu suggested that compared to women journalists on the rest of the continent, South African women journalists were leading in having a presence in newsrooms. However, women journalists outside of South Africa have been vocal about being marginalised when covering the Covid-19 story and have had to deal with varying forms of abuses within their newsrooms. Women from Botswana, Tanzania, Malawi share snippets of their struggles and exclusion from the pandemic narrative.

Brodie looked at media ownership in South Africa up to December 2019 and notes that the pandemic and other events had a radical impact on this landscape in 2020. She notes that regardless of the period in review, this assessment provides a useful insight into why the pandemic affected different industries in differing ways.

In her article, Brodie notes that in 2019, eight of the top 10 newspapers, by circulation, in South Africa are published by three companies, Arena Holdings, Media24 and Independent Media. The other two publications were published by Caxton and CTP Publishers and Printers Limited. She notes that the dominant players and practices in print media in South Africa have changed very little since the mid-1990s. Brodie states that “the print media ownership is a spider web of paper trails… where despite it showing evidence of extensive capital transformation… little has changed except now it’s even harder to correctly identify who is pulling the purse strings and who or is not interfering in editorial”.

Brodie notes that the picture is slightly different in broadcast news. She states that the state, to a large degree, retains the monopoly on television and to a lesser extent radio. Independent 24-hour news channel, eNCA remains the most viewed news channel on DStv. In 2019, Newzroom Afrika was also born, replacing the now defunct ANN7 which later became Afro Worldview. The researcher states that it remains to be seen how technology will influence the television news market share, and penetration.

Regarding the growth in satellite and online news, Brodie suggests these platforms are unlikely to have instant impact on the majority of audiences in South Africa.

When it comes to radio, money and power, is still concentrated to outlets that serve urbanised and high LSM audiences. Despite there being a diversity of content and ownership in radio when compared to the news print industry, Brodie warned that there’s still a “fraternisation” between large private media interests that link back private print media owners.

What could be the solution to counter private media oligopolies and state media? Brodie suggests that donor-funded journalism models could be a model worth exploring, but it, too comes with a host of new challenges.