The potential power of data and tech for greater good

#JamfestAfrica2021 kicked off with an opening plenary exploring the role of power and how data and tech have the potential of bringing change, only if it’s in the hands of those that it intends to benefit 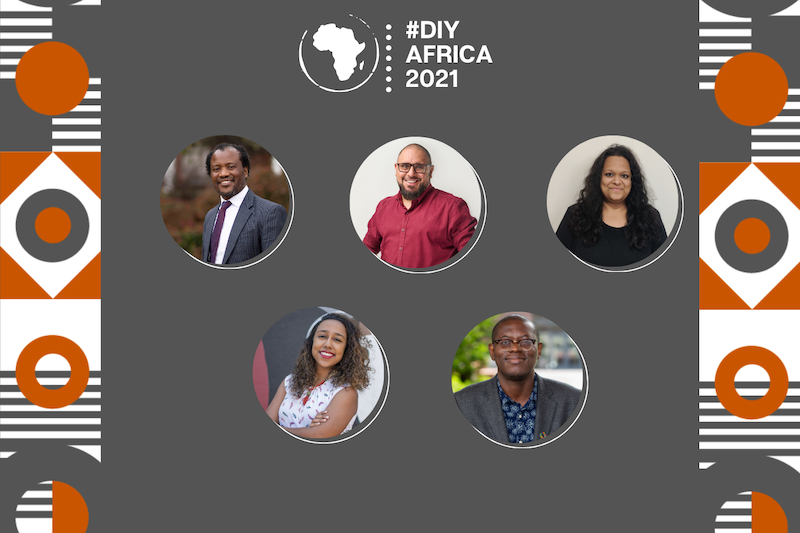 What does our future look like as Africans and how do we co-create this vision together? That was the burning question at the Opening Plenary for #DIYAfrica2021, a session that aimed to reflect on “fixing” all the difficulties that surround us and our communities as Africans.  #DIYAfrica was the chosen theme for the festival hosted collaboratively by The Civic Tech Innovation Forum and Jamfest.

“Civic tech and media innovators are using digital innovation to address a wide range of societal issues,” said Professor Zeblon Vilakazi, Vice-Chancellor of the University of Witwatersrand who gave the opening address. Vilakazi highlighted how these communities were contributing to digital transformation, particularly as we move into the fourth industrial revolution.

He was also joined by Neema Iyer, founder of Pollicy, Abdul Noormohamed, director for Luminate Africa, Vandita Morarka, founder and CEO, One Future Collective and Bright Simons, President at mPedigree.

“Globally there have been significant advances in how data is used and, as time progresses, those who have data tend to have more power,” said Iyer. She further adds that in terms of access to data, harnessing data for public good, the African continent is “lagging behind”. The founder also noted that access to data, connectivity and infrastructure is needed. “Against this backdrop, foreign technology companies are able to come into African markets and dominate in different ways,” said Iyer.

“Data has the power to bring about change, you can empower activists, civil society, private sector, government and you can improve decisions and can work on social justice and there’s an urgent need to take it up and to use it ethically,” she said. Iyer noted that “when I think about the African context, I think, yes, we may have missed some industrial revolutions, but what’s important is that we play a part in determining what our data future looks like. So, and in order to do that, you have to come together and figure out this is what we want, and this is what we don’t want”.

“The theme of DIY stood out for me because a lot of the work I do in the field of human rights and social justice is centred on the idea of communities and how thinking about how design and data can be decolonised can be made more just, can have intersectional feminist principles embedded in the way we do things and not just in final products or services”, said Morarka.

She said that “any form of technological innovation has to centre around communities that it is meant to serve”. She warned that when this does not happen, it often leads to more harm or unintended consequences that have not been accounted for. Morarka said that people who design or develop these innovations do not have the lived experiences and are unable to understand the unintended consequences. She noted that data needs to be ethically sourced and decolonised.

Noormohamed said that at Luminate “they have observed that the voices of underrepresented groups are not being heard or are being actively silenced in these dialogues most because they have unequal access to technology, but also because of the historical suppression of their perspectives for the benefit of those holding power”. He added that “technology seems to be amplifying the power of those who already have it”.

Noormohamed said that Luminate had invested in two types of technologies: one that enables the government to serve people better and the other is one that empowers people to have a voice in decision-making.

“What are we at Luminate doing, holding this space going forward? Our affirmative vision has always been one where we seek just and fair societies for all and to make progress towards this vision. We realise the power must be equitably distributed and exercised the right of those who have been disempowered or marginalised must be defended, and they must have greater power to participate in the shaping of democratic outcomes”.

Simons echoed similar sentiments to the other panellists regarding control of data and how technological innovations are controlled by Western powers. He said that in addition to power there are two other dynamics: passion and knowledge. “If you have a lot of knowledge and passion in a subject, you can become a digital innovator and don’t have to have access to the capitalist’s resource and the overarching monopoly of capitalist structures have reduced because of the availability of new technologies,” said Simons. He added that those with “knowledge and passion are increasingly entering a space where they are innovators”.

Have a look at other sessions from Jamfest Africa 2021 here.