Simon Mkina is the publisher and chief editor of the muckraking Tanzanian newspaper Mawio. He spoke about his plans for restarting his publication, and what the lifting of the ban means for press freedom in Tanzania 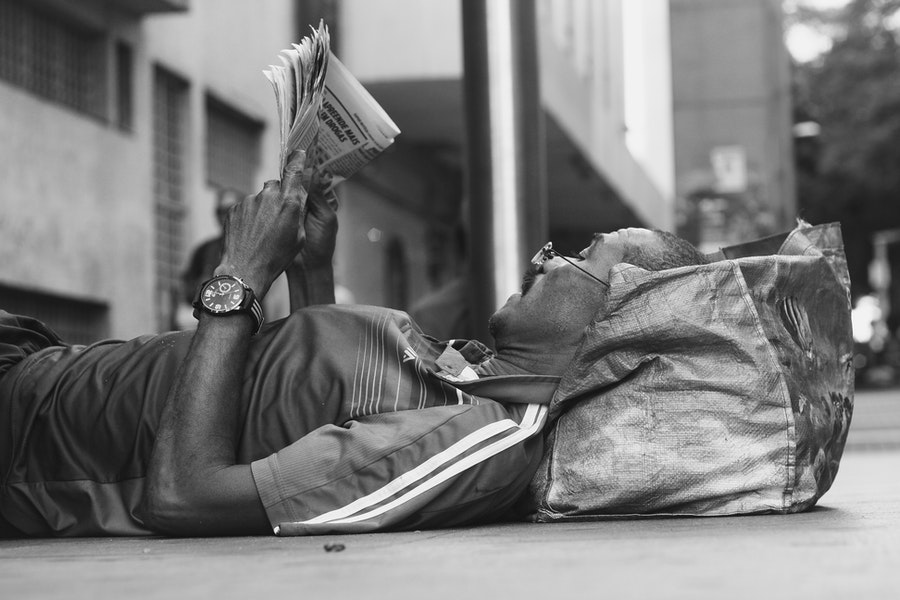 In 2017, Simon Mkina was the publisher and chief editor of the muckraking Tanzanian newspaper Mawio when authorities announced that they were suspending the publication for “jeopardizing national security” by reporting on two former presidents’ alleged links to mining misconduct. Mkina was forced to lay himself off, along with 57 other employees, and he became a freelance journalist.

The ban was only supposed to last two years, but it stretched on as officials failed to lift it even after a court found it “illegal” and “irrational.” Then, in February, the government took a U-turn. Nape Nnauye, Tanzania’s recently appointed information minister, announced that he was restoring the licenses of Mawio, as well as newspapers MwanaHALISI, Mseto, and Tanzania Daima, just a handful of the outlets that were banned or suspended from publishing online and in print under former President John Pombe Magufuli.

“If I have come saying that our intentions are good, let’s begin by turning a new page,” Nnauye said in a February 10 meeting with editors in Dar es Salaam, the Tanzanian commercial capital. Nnauye said he was acting on orders of the new president, Samia Suluhu Hassan, who succeeded Magufuli after his death a year ago. The new government, which has also suspended newspapers, aims to work in concert with members of the press to reform Tanzania’s media laws, said Nnauye. Reached by CPJ for comment about details of the reforms, government spokesperson Gerson Msigwa said that they would be announced at a later date.

CPJ spoke to Mkina about his plans for restarting his publication, and what the lifting of the ban means for press freedom in Tanzania. The interview has been edited for length and clarity.

What was your reaction to learning that Mawio’s license was restored?

Simon Mkina: I heard the breaking news from social media. I felt a rush of relief at the possibility of being able to go back into publishing and to do what I love the most. It feels like freedom was restored after almost five years’ delay.

What was the impact of the years-long ban on Mawio?

The biggest impact [was] to the public. Their rightful freedom of information was infringed. [In 2017], a lot of people came to our office [to express their concerns]. Some institutions, including lawyers’ organizations and human rights organizations, wrote in protest of the banning of the newspaper. On social media there were many stories from our readers who were just blaming the government for this decision. The public, from the country and outside, were crying for the newspaper to get back on the street.

When the paper was banned, did the staff continue working as journalists?

We had to close the office because there was no other business we were doing apart from writing. Reporters, editors, designers, proofreaders, and all other support staff, including drivers, were forced into redundancy.In the main office in Dar es Salaam, we were 27 [staffers]. And we had reporters in all regions, including Zanzibar. So in total about 57 people were made redundant because the newspaper was closed. The impact is multiplied beyond these 57, because they have families. Very few of the reporters were able to continue working in journalism, it was difficult finding other jobs.

You continued to work as a journalist, publishing in places like South African weekly The Mail & Guardian. What was it like going from being an editor to a freelancer?

It was not very easy. The thing is: you have to survive. You have to raise your kids. There is no other business I know that I can do better than journalism. But it was not only about surviving, I love the profession.

Can we expect to see Mawio back in circulation soon or are there any remaining hurdles?

It will take some time for Mawio to go back into publishing, as it needs huge capital. We need to start afresh. We need a printing budget, which is more than 100 million Tanzanian shillings [US$43,300] for a few months, before the newspaper even stands on its own feet financially and generates revenue. We need equipment and to hire the team. So there is hard work to be done. We have already started doing some of this work– looking for a team and new offices.

What will be Mawio‘s place in the Tanzanian news market once it reopens?

If we get back, Mawio will continue uncovering news that is not covered elsewhere in the mainstream media. We will do forensic journalism, investigative journalism. I can’t say what specific subjects right now—but in every story there is always an investigative aspect if you want to dig deeper, whether it is social, financial, or governance issues.

How would you characterize the press freedom environment since Samia became president almost a year ago?

President Samia has taken a great drift from what I can call the dark ages for media freedom in Tanzania. She has started to show good signs towards freedom of the media and there is a clear flow of information to the general public. But much work remains to be done.

Our country still has some controversial media laws which in an actual sense would hinder our working environment. Still, I hope President Samia will work to rectify them. It is crucial now that relevant legislation, including the Media Services Act [a 2016 law found inimical to press freedom by a regional court] be transformed.

This article is republished from The Committee to Protect Journalists under a Creative Commons license. Read the original article here.