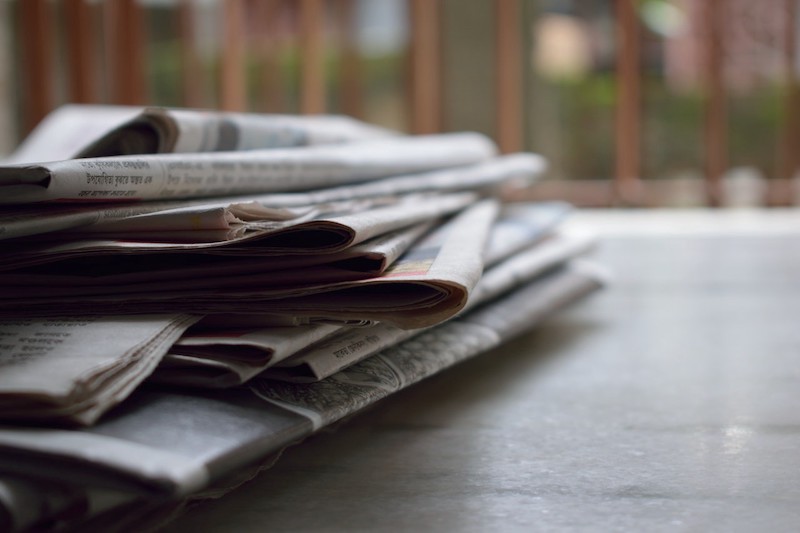 There has been an insurmountable number of losses and fundamental changes in newsrooms across Africa and the rest of the world. The covid-19 pandemic has only, but accelerated and brought to the fore challenges faced by many news organisations. From pay cuts, closures, decline in advertising and revenues to mass layoffs, it seems like there is no rainbow at the end of it all.

As countries across the Africa continent begin lifting hard lockdowns, due to the coronavirus pandemic, we take stock of the devastating and some positive effects during this period.

The pandemic has had a positive impact in Botswana, where it has spurred the transition of traditional media to digital journalism. Both the Botswana Media and Allied Workers Union (BOMAWU) and Botswana Editors Forum (BEF) representatives share the same sentiment that most media houses took the decision to start digital platforms in order to keep the pace with the flow of information about the spread and transmission of the pandemic in the country.

Media owners in Namibia were not prepared for the worst case scenario. Over the years, newsrooms have failed to innovate and prepare for the current storm media is facing. According to the New Era Live, print runs have been decimated due to the pandemic as national papers scale down from 32 to 16 pagers due to lack of advertising. The problem began five years ago when Namibian newspapers explored investing in printing presses rather than focusing on their digital offering, inline with the world’s leading media operations. Johnathan Beukes further added that, “The size of our broadcasting houses’ staff compliments and equipment speaks of an era long gone. The convergence storm hitting Namibian newsrooms is 20 years late and editors are still struggling with reporters who haven’t seen the light.”

In South Africa, the domino’s of the perils of the pandemic began to fall in March when Mail & Guardian editor-in-chief, Khadija Patel, stated that their present income will not adequately cover the cost of producing the M&G, including the payment of salaries in May. The financial struggle throttling the organisation was juxtaposed with a record number of daily website visits.

Launched in 1982, Associated Media Publishing (AMP) closed its doors permanently on May 1. AMP published Cosmopolitan, House & Leisure, Good Housekeeping and Women on Wheels magazines. In a statement by its chief executive, Julia Raphaely stated, “the unexpected and devastating impact of covid-19, causing the closure of printing and distribution channels, the global halt on advertising spend, as well as the inability to host events for the foreseeable future, have made it impossible to continue trading, despite large amounts of personal funds having gone into AMP.”

Another media owner, Caxton CTP Publishers & Printers, announced on May 5, that it would close its magazine division, but were open to engage with other any other parties and publishers who would be interested in taking over any of its titles. The affected magazines included Bona, Country Life, Essentials, Food & Home, People, Rooi Rose, Vrouekeur, Woman & Home and Your Family.

Although no formal statement was made publicly, but Arena Holdings, asked its staff members to take a 30% salary cut during the pandemic. The company houses news outlets such as TimesLive, Sunday Times, Sowetan, Business Day, Financial Mail, Wanted Online and Vrye Weekblad.

Independent Media (Indy), and various other publishers have stopped commissioning the services of freelance journalists.

Assistance for newsrooms: In early May, Facebook announced that it would invest $390,000 through its Journalism Project, to support South Africa’s newsrooms during the pandemic. The social network company will work with the International Centre for Journalists (ICFJ) to provide $140,000 to South African publishers. It will also spend an additional $250,000 on a video training programme for 10,000 journalists across Africa who are covering the virus through video reporting.

According to a recent research report from the South African National Editors Forum (Sanef), the Association of Independent Newspapers, which represents small community newspapers, states that “these publications have lost 80% of their revenue on average, with 80 newspapers closing their doors to date.

CENSORSHIP ON JOUNALISM IN AFRICA

One of the most disturbing effects of this pandemic, is the censorship on various media in Africa. The Committee to Protect Journalists lists numerous cases where journalists are imprisoned for carrying out their duties.

In Rwanda, a journalist and driver were arrested according to Rwanda Investigation Bureau. A journalist in Ethiopia was imprisoned after publishing a covid-19 report condemning the country’s national Ministry of Health on Facebook and YouTube. The police arrested an editor and deputy director of an independent news organisation in Somalia. He is accused of spreading false news and offended the honor of the president.

In Kenya, the government instituted measures to curb the spread of the virus, where police also used excessive violence to enforce these laws, which also resulted in attacks on journalists. In neighboring Uganda, security forces assaulted and harassed journalists while enforcing covid-19 lockdown restrictions and measures.

A Nigerian journalist was detained for a month on charges of defamation and conspiracy. Officers in the southern city of Uyo arrested the journalist for a published article which featured an audio recording where two unnamed people were critical of how the health commissioner in Akwa Ibom State’s handling of covid-19. The bureau said the two were arrested for violating the country’s COVID-19 lockdown. Liberian security forces are reported to have attacked or intimidated journalists covering the covid-19 pandemic. Journalists were assaulted and briefly detained in Ghana