Reader revenue strategies to stimulate the business of news publishing 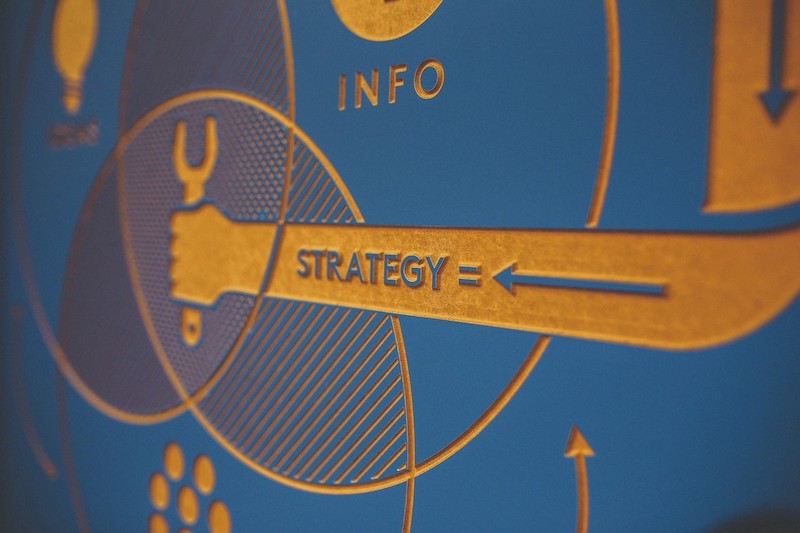 The business of news publishing has become a challenge now more than ever. Media sustainability is the biggest issue for many news organisations today and the pandemic has not made it any easier.

During a panel discussion, on the business of news publishing, organised by the South African Media Innovation Programme, Daily Maverick’s Styli Charalambous, Explain’s Verashni Pillay and Food for Mzansi’s Ivor Price, shared their experience in developing their respective independent news businesses and careers. What links these three small organisations, is how they’ve found gold where very few people were looking.

A cost to democracy

She had used an HP Ipact, it was called a mini computer. She would submit/file stories using this device on her way back to the office. This may all be obvious now, it’s how everyone does journalism right now, but it was something new back in 2008. “It gave me an advantage, in that I was able to get up to speed with the speed of digital publishing as I the first reporter for News24 and they were used to publishing things instantly,” says Pillay. She says her editor’s expected her to publish articles at the same speed as SAPA would. “It was good training ground for me to be fast and to use technology,” Pillay.

She started out as a journalist in 2007 as a reporter, and won her first award in 2012, which was the first digital award. Before then, the digital journalism category did not exist at these awards. Pillay and her colleagues won the award for taking a dense investigative story that amaBhungane had done and broke it down to something very simple, almost like an explainer, which became the seed for what she is currently doing today. She remembers that it was around this time when the media industry was beginning to lose jobs, she was capitalising on digital journalism. Publishers were scrambling to figure out ways of saving the print publication side of media. A PWC report at the time had projected a significant drop in newspaper revenue in South Africa through to 2023.

When she was editor-in-chief at the Mail & Guardian, she, like many other news media quickly learned that making everything free was not the way to go. Rapid declines in newspaper revenues from 2012 prompted many news media to rethink their business models, such as placing digital content behind paywalls. “This has had a cost to democracy,” says Pillay.

One of the indicators of the digital landscape in South Africa shows that between 2015 and 2020, mobile phone connections grew from 79.1 million to 103.5 million in a short space of time.

“You can see the dramatic increase in the number of people using mobile to access information,” says Pillay. “To see that kind of an increase shows you the kind of opportunity but also the risk of those opportunities and how it cost jobs.”

One such journalist who saw a gap and turned into an opportunity is Ivor Price the co-founder of Food for Mzanzi — an agricultural and news lifestyle publication, founded a little over two years ago.

The riches are in the niches

Price says the agricultural niche found him and his co-founder Koos Lawerence. “It is the result of very tough media lessons learned. We’ve always been outsiders in the media world. Both Kobus and myself had similar career paths. We didn’t quite fit in as journalists, although we’ve won a couple of awards as journalists,” says Price.

“Our interests in journalism has always been more to the publishing side of news,” he says. When they both realised that they don’t fit in well with corporate, they decided to do business with kindred spirits.

Price shared a few tips on finding untold stories to build an engaged community. He started off by giving an example of Food for Mzanzi, where they carved out a niche where no one else was looking. He says the secret for their start-up and carving a niche, “Is that we tapped into the zeitgeist of the moment, in our case, it was October 2017 and we discovered South Africa’s most profitable agricultural company in a rural town that became our first big sponsor. They signed a three-year sponsorship agreement and they’ve been successful from day one, by targeting a specific niche.

Price believes the future of South African and the world’s media, lies in focusing on the “niches”. He says the complacency of traditional news media is causing them to miss and dismiss many of the opportunities in the niches.

One should follow the zeitgeist to find your niche. Price says the riches are in the niches. “Targeting a niche market enables your business to get very specific with your marketing message because you can talk directly to your prospect and tune into their internal dialogue.”

He says to “own a niche” you need to know every single thing about your audience. “The fact that we have so much audience insights leads to loads of revenue opportunities that the competitors are missing,” he says. The co-founders believe the 2020s are the era for partnerships and kindred spirits. At Food for Mzanzi they prefer to align themselves with brands that share a similar vision for agriculture and South Africa. He warned that if you want to own a niche, you need to be prepared to be excellent on a daily basis. “If you don’t want to be excellent, your competitors will eat you for breakfast.”

He expanded a little further on what it means to “own the niche”, which includes creating touchpoints to maximise digital revenue. “In our cause of presenting the new face of South African agriculture, we want to own products and different revenue streams that speaks to the same mandate,” he says. Food For Mzanzi currently has its own Afrikaans tv show on DSTV called “Vir die Liefde van die Land” (For the love of the Land); a Agri career fair, which pivoted to a website due to the pandemic; a plan to host training workshops; they also have a weekly podcast which they’re also monetising; and also have three weekly newsletters (newsletters are the new gold) and they also published a book called “For the Love of the Land”.

There are plenty of opportunities in the niches, if you are agile and excellent. And that is exactly what the Daily Maverick has done, to stay ahead of the curve.

The team at the Daily Maverick have created a model, which Pillay says is both open and helps democracy. Styli Charalambous, CEO and publisher of Daily Maverick unpacked new business models in news media, how to look for revenue in new and old places and leveraging your audience for revenue opportunities.

“We’ve had a decade of cutting and retrenching and mimicking on what is happening on the top line of businesses,” says Charalambous. Despite the grim picture that statistics and analyses paint regarding the state of business news publishing, Charalambous believes there are many revenue opportunities that require bespoke strategies for success.

When choosing a revenue mix, there are three streams you can choose from, however, Charalambous warns that “without a clear strategy and alignment you can get lost”. News media should consider choosing a combination of six streams, and to avoid an over-reliance on one in case there is volatility and a retraction in one of those.

But before a business can get to this point of choosing a revenue mix, it needs to be clear on its vision and the needs of their audiences. The vision of a company is where it wants to go to. And how the business gets there should be detailed in a lengthy and practical business plan. Charalambous says a company’s vision acts as a guide in terms of effort. He says a vision statement should have nothing about profitability or top-line numbers. “The problem with a lot of companies today is that their vision is often tied to some profit ambition,” he says. “That is part of what’s wrong with commerce and industry today is that vision is linked to a profit-seeking ambition.”

“And that’s a good way to think about ‘what is your vision, where do you want to go? And how are we going to do it in such a way that differentiates us from other people in this space,” says Charalambous.

The Daily Maverick publisher says we can’t talk about audience revenue without thinking about the audience funnel, “that is key to building loyalty, habit and reader revenue.”

An audience funnel typically casts a wide net to capture as many readers as possible. The funnel becomes narrower as you move down to capturing readers and narrower as your efforts of your marketing become more focused through various marketing channels such as newsletters, events, and membership programmes. Charalambous says the last bit of the funnel is retaining that audience. This is typically where you target the most desired audience with the highest inclination to convert. “Getting new members in, getting new people into a paid-for environment takes such a long time and a lot of effort that it’s better to retain people than to go through that whole rigmarole of getting people in over time,” he says.

In addition to this, Charalambous says that one of the biggest challenges facing a lot of media today is the migration from being a Business-to-Business (B2B) to a Business-to-Consumer (B2C) business. He says that reader revenue requires new skills that are needed today, which were not part of the digital media landscape for publishers in the past. He further adds that publishers need skills that will help them understand their audiences, marketing, technology, products, and retention.

“Driving reader revenue through memberships or subscriptions requires an all always-on campaign that every day there has to be stuff going out… but it’s a full-time effort if we are going to make B2C a success,” he says.

In closing, Charalmbous touches on what Price had said that “the foundation to all of this is, is a quality experience, quality content experience to readers, understanding audiences and understanding their needs and putting out the best quality journalism you can”.