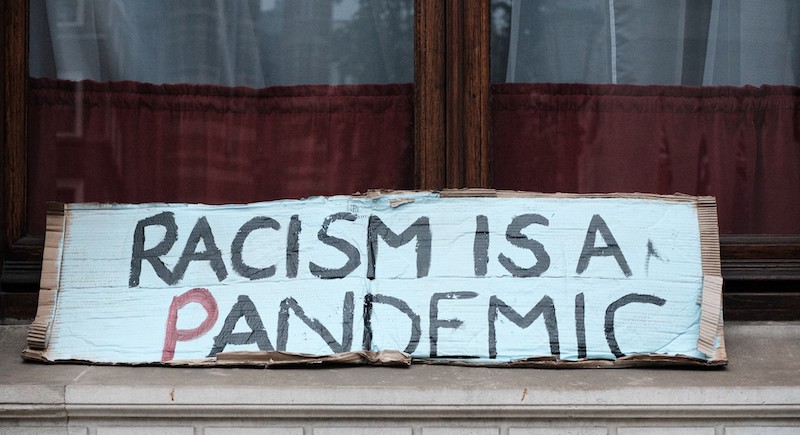 The dialogues addressed race’s influence on the framing of news stories, and the intersection of race class, religion and gender in South African news.

Gatekeeping and the media

In episode one, journalist and media lecturer Pontsho Pilane addresses gatekeeping by newsrooms:

“Are journalists aware of how white supremacy or how race has shaped their understanding of the world?” she asks.

“…[sic] my positionality as a reporter as I write about a certain thing. The words that I am using and the context I am using them, and what it could mean because I am writing this as a black person or a white person.”

Pilane claims racism affects reporting on gender-based violence, asking which perpetrators are identified and which are humanised by the media.

Narrative frameworks and the media

Renowned broadcaster Eusebius McKaiser continues the conversion in episode two, addressing narrative framing in the media which he believes renders people of colour as invisible.

“And that even when newsrooms have a numerical majority of staff that are black, it doesn’t necessarily mean that the legacy of white supremacy within the South African media, like the rest of South Africa, have been eliminated,” McKaiser argues.

He also suggests that class prevents Black journalists from addressing concerns with their managers. This, McKaiser says, is a result of the difficulties of challenging powerful stakeholders in media.

“For me, it was important to say that truth and dialectic is far more important than popularity.”

“I’d far rather have someone respect me than like me or even worse, they are unmoved by my journalism,” he adds.

Inequality and the media

SABC political journalist Samkele Maseko features in episode three. He reflects on the pressures faced by young Black journalists, pressures that at one stage almost drove him into depression.

“I was so unhappy [because] of the racial inequalities that were being perpetuated in the newsroom,” Maseko explains.

According to him, racism often dispirits young Black journalists, causing them to leave the profession. Economic disparities add fuel to this fire.

He adds: “You must hold them [South African government] far more accountable than the Apartheid government was held to account. Because they know what oppression did to them. So why allow them to do that oppression to black people?”

The ongoing conflict within the media

Former editor of the Mail & Guardian and co-founder of the Daily Vox Khadija Patel sums up the series.

“Most black journalists have this moment, like that awakening ,moment, to the realities. And that’s true for most corporate andspaces, social spaces.

“You know, there is this moment where you realise that actually, no not everyone here is not your friend. And those you actually think are your friend, actually have deep-seated prejudices,” Patel says.

Patel also reflects on the intersections of race and religion as a visible Muslim woman working at the highest levels of media. She draws the links between racism in advertising and racism in print media:

“When the capital doesn’t transform itself, we are not going anywhere.”

Want to stay up to date with the latest journalism and media innovation news from the African continent? Subscribe to our newsletter