QW+ from concept to implementation

Reflections on the jamlab accelerator programme from Quote This Woman+’s founder, Kathy Magrobi 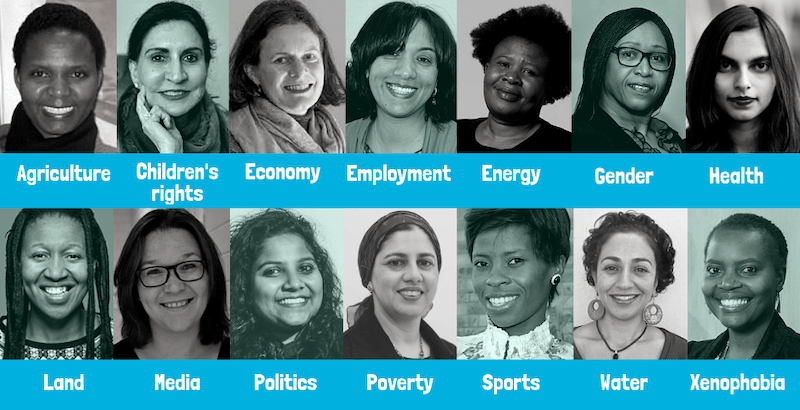 Quote This Woman+ (QW+) is non-profit that amplifies women’s voices in the news. We do this by actively helping journalists to access fresh and credible women+ sources for news interviews, quotes, analysis and opinion-pieces. We curate a database of experts, and offer media training and mentoring for those whose voices are traditionally marginalised in the news.

Our database has close to 200 sources in over 30 categories, ranging from agriculture through to business, the Cape Flats, the economy, Eskom, food security, gender, health, human rights, land, water, and to xenophobia. The youngest expert is 12, the oldest close to 70. They are black, brown, white; French, Chinese; Sudanese; rural, urban, and even intermittently out at sea (we have experts participating in SA Agulhas II trips to study the climate crisis in the Antarctic). They are cisgender, transgender; gay, straight; with PhDs from here and abroad, and experts by virtue of deep, hands-on experience in what they do.

Early in 2019 QW+ was nothing more than idea: that with the elections looming, the time was ripe for an intervention that would put women experts firmly on the media’s agenda. At that stage, the project was nothing more than an idea and a one-person show. I had a supportive but busy board that could not offer anything more than high-level support, and joining jamlab seemed like an opportunity to help me move quickly through the steps of refining my concept and start implementing the programme.

More than this, the practical think-like-a-start-up approach, which was novel to me coming from an NGO background, saved me from making a number of costly and potentially disastrous mistakes. When I had initially conceived QW+, I had thought that to develop it as an App, and was seriously contemplating investing in developing the tech for that. Working with other jamlab teams who had invested in tech too early in the process made me realise that the best way to develop QW+ was initially as low-tech as possible, until all the processes were crystal clear and we were 100% sure what we’d need our tech to do. I have been so grateful for this lesson it has saved me a fortune and allowed me to refine our product offering without any tech implications.

Another advantage of the programme was the sense of weekly accountability: to the rest of the team but ultimately, to myself. As an ideas person who can often feel intimidated by the shift from concept to implementation, the weekly logging of what I’d done against what I’d set out to do really upped the ante of my delivery as I worked to go live before the elections, launching in March with 40 names in 12 categories and a Twitter-driven social media campaign encouraging journalists to close the gender gap in their reporting and to use our database first when looking for a new expert to interview/quote.

Another plus from jamlab was the push towards developing a dashboard of metrics: at the end of the programme, QW+ can report that journalists have interacted with our database over 600 times. The exciting thing is that since we launched, we haven’t found a single newsroom that isn’t aware of the gender gap in their sources. And, despite varying levels of unconscious bias, we haven’t found a single newsroom that hasn’t wanted to change. There is a deep realisation that when women’s voices are absent, their perspectives are not reflected; perspectives that are critical to broad and deep debates, and to a rich media landscape