Proof before pivot: The case for playing with video 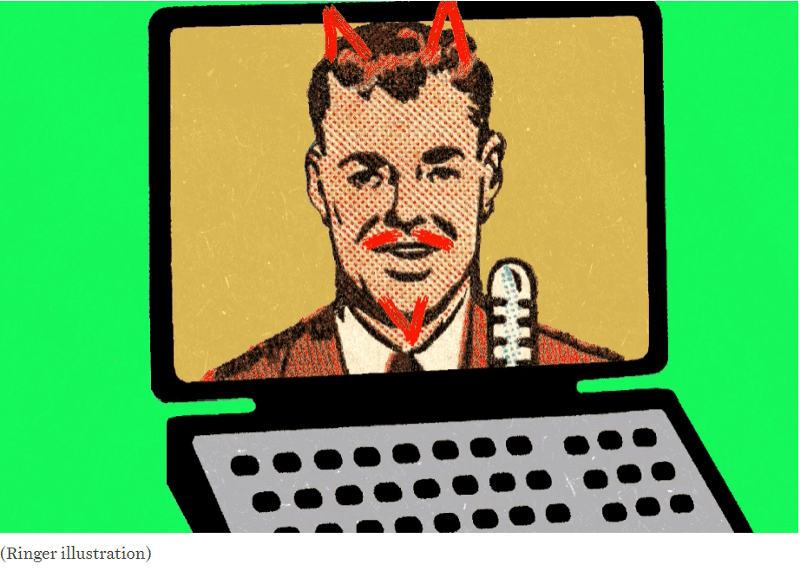 By JJ Robinson, Program Officer for the Program on Independent Journalism

The phrase ‘pivot to video’ attracts ironic winks from journalists and editors; as if referring to a dated trend from a more innocent time, like flip-top smartphones, or facts. During ‘peak pivot’ media outlets rushed to open expensive in-house film studios and push out video content, lured by higher ad rates and promises from the platforms that these would get algorithmic bonuses in the newsfeed.

This bet was misplaced. In early 2018 Facebook abruptly changed its algorithm to demote content from publishers and businesses in favour of friends and family. A study of the impact on Australian media by the country’s competition and consumer commission found a blanket decline of 50–65% in traffic coming to news sites from social media, three months after the Facebook changes were introduced in January 2018. Gizmodo’s editorial director Susie Banikarim penned the Pivot’s obituary in 2017: “There is no evidence consumers want more video, and video production is expensive, logistically difficult, and hard to scale… It’s time to officially declare this particular approach dead and admit it’s not, in fact, a strategy or solution,” she wrote for Nieman Lab.

Facebook and Twitter (Periscope) have repeated the promises they made that spurred the ‘pivot’, this time plugging live video. Facebook claims live video generates six times the audience interactions of normal video, and is more likely to show up in a user’s newsfeed. Nonetheless, publishers still fresh from being burned by Facebook’s changes to its algorithm have deferred to YouTube as their preferred video publishing platform. Some larger publishers still host video on their websites in order to sell their own advertising, rather than outsourcing this to Youtube’s programmatic ads. Self-hosting, this tends to buffer slowly and offer a poorer experience for the end user. YouTube, Facebook and to a lesser extent, Vimeo, have all but commoditised video hosting for most publishers.

Media and marketing magazine Digiday suggests that besides reliability, the key to YouTube’s success over Facebook video has been its policy of allowing publishers to direct-sell advertising into their channels after their channel reaches a certain threshold (1.5 million views in the US). While YouTube still takes a 45% cut, this can still be a better deal for sufficiently popular small-to-medium publishers than many other ad network middlemen. The Guardian once tested this by buying its own ads online, and discovering that ad networks were leeching 70% of the fee paid by advertisers to put content on their site.

Small independent media outlets can feel pressured to dive into video (live or otherwise) in the struggle to grow their audience. But attention and resources are precious commodities, and producing ‘video for the sake of video’ can be a time-consuming distraction. Like any editorial content strategy, video needs to justify itself by adding to the story, offering something unique, or engaging the audience with a fresh perspective. The pressure to ‘pivot to video’ may have encouraged beleaguered editors to try and game social media algorithms by panning the camera over a few still images with a subtitled voiceover, but properly embracing the medium means thinking how to use it to better pull the audience into a story or issue.

Disillusionment over video in the aftermath of the ‘pivot’ was a result of “leaning too hard on narrow marketing metrics to drive decision-making,” argues Michael Saba in Ad Age magazine.

“With Facebook and Google together capturing nearly 90 percent of all digital ad growth, the pivot was part of an effort to game the algorithms that power the platform,” Saba suggests. “But you shouldn’t use this as a excuse to never try your hand at video content. Video is still a lucrative channel when done right.”

A significant lowering of the barriers to entry, as our links below demonstrate, put video readily within reach of individuals and outlets with small budgets. Video doesn’t have to stand on its own as a format either; it can be used to augment existing content, helping make a print or audio piece more immersive and engaging (NYT’s 2015 Snowfall is a classic example; many of the tricks the piece pioneered are now available as ‘immersive’ plugins on WordPress or with just a click on publishing platforms like Atavist or Medium).

Before taking the plunge, a little market research of your audience goes a long way. Video metrics can be misleading: throwaway clips are going to have lower rates of engagement than 10 minutes of involved documentary, so a higher average rate of viewer dropout doesn’t necessarily mean people aren’t interested. If they’re only watching the first 15 seconds of that documentary though, you probably need to revisit the opening!

‘How long should pieces be?’ is a common question without an easy answer. Much social video content is disposable so advice based on averages is to be taken with a grain of salt. Despite alarm over shrinking attention spans online (reportedly down to 8 seconds in 2016), viewers seem happy to watch longer content if it is sufficiently engaging — this is, after all, the era of the Netflix binge. ‘As long as it needs to be’ is a pithy response, but successful YouTube influencers preach the need for schedule and consistency over length, and emphasise growing a community of subscribers over time as much as seeking the one-off viral hit.

Many audiences also still prefer print to video in certain contexts, such as while browsing at work or on public transport. Up to 85% of Facebook video is watched without sound, so subtitling and striking visuals are critical. At the same time audiences are surprisingly tolerant of low quality video (indeed amateur chic can lend a sense of authenticity). On the other hand, bad sound is unforgivable and can kill an entire story. Some of the best advice for anyone plunging into video journalism for the first time is to buy a microphone for their smartphone, not a pricey digital camera.

Content-hungry platforms encouraged a stricken media sector to put its hope in video. These promises may have been broken, but video remains a compelling storytelling medium and experimenting with it has never been easier.

Here is a list of links to tips and resources, aimed at those who are considering or in the early stages of experimenting with video.

Mojo Workin’
This is a succinct, single-page crash course on visual storytelling, filled with pragmatic tips and everything you need to get started in mobile journalism. It is written by Ivo Burum, an Australian journalist and GIJN’s mobile journalism trainer.

Mobile Journalism Manual
Paired with a grip and a decent microphone, a modern smartphone camera is easy to use and ‘good enough’ for many projects destined for the web. MOJO manual is not just a great introduction to visual storytelling, it is full of excellent practical advice from equipment to filming, sound and editing software. The material is thorough and applicable beyond just mobile video — it is a good introduction to video journalism in general.

Moovly
This online tool lets you quickly create simple videos and explainers. It automates many more complex editing and production processes with templates and a drag-and-drop interface, suitable for complete beginners. Moovly is intended for making short videos and animations rather than documentaries or feature pieces, and excels at quickly producing content for social media. Subscriptions are around $25 a month.

Wevideo
This tool is a browser-based video editing and production platform. It has the major advantage of being cloud-based; all storage processing happens on a remote server, which means you can do simple video editing on pretty much any screen without having to invest in expensive hardware (instead, it demands a good net connection). Free accounts are watermarked, while single-user subscriptions start around $8 per month but include a library of stock footage and music.

Da Vinci Resolve
Free, production-level editing software for PC and Mac used for professional Hollywood film-making. It mimics all the functionality of (expensive) high-end Adobe suites, but integrates powerful audio editing, colour correction, and Fusion special effects packages into the one program. Certain high-end features require a subscription, but the free version generously has no watermarks and far exceeds the needs of most journalism outlets. Tutorials are readily available for beginners.

HOW TO MARKETING VIDéO VIDEO JOURNALISM