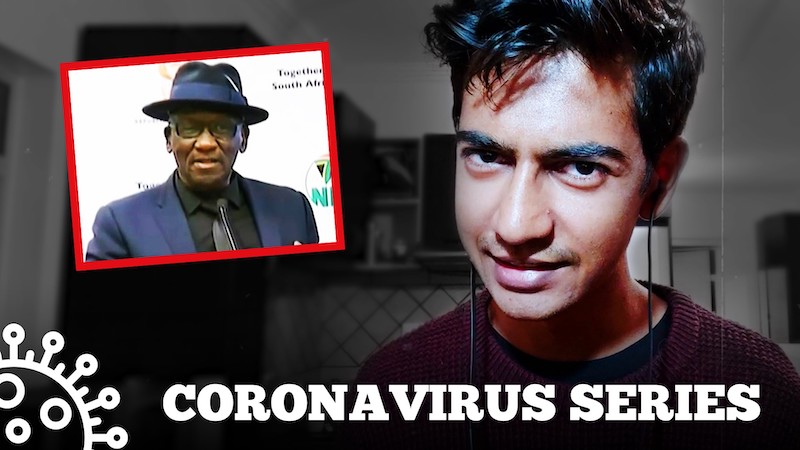 Jamlab accelerator alumni and South African satirical news explainer show Politically Aweh has launched the first video in a new series that will explore the impact of the coronavirus from a South African and African perspective in the show’s trademark mix of humour and journalism.

In these difficult times, it can be easy to see why many people might turn off the news to avoid the constant stream of negative — and let’s be honest — depressing developments. Politically Aweh’s new coronavirus explainer series is here to help you understand the impact of the virus in Africa with witty humour and pacy editing to help the medicine go down.

In the first episode in the series, Politically Aweh’s Aman Baboolal takes a closer look at the human rights being curtailed by ministers and abused by security forces under the cover of a “war” with the virus.

How can our ministers constantly change regulations affecting even our most basic freedoms like mini dictators? And where is the accountability from Cyril Ramaphosa and his government for the horrifying allegations of police and military brutality, evictions and even murder?

In the first week of lockdown, it is alleged that more people died at the hands of security forces than from the virus the lockdown is supposed to prevent. The many disturbing videos and reports emerging paint a picture of some of our security forces being less interested in “flattening the curve” of the pandemic than the shacks of South Africa’s poorest and most vulnerable communities.

For more insight, Aman chats to human rights lawyer and host of the legal podcast, Just Us Under a Tree, Elisha Kunene. As it turns out, even Elisha has had his own chilling personal experience of police abuse, on day one of the lockdown. The team also hears from Daneel Knoetze, journalist at accountability journalism project, ViewFinder, on the normalisation of police abuse in South Africa.

This launch builds on the momentum of Politically Aweh winning the 2020 Inside The Greenhouse international video competition on Earth Day last week for its groundbreaking “Climate Change in South Africa” series. The videos are included in the South African government’s official climate change response toolkit and have been watched by hundreds of municipal officials from across five provinces in South Africa at training workshops, as well as thousands of youth in schools and youth clubs.