OnaStories is bringing virtual and augmented reality to Tanzania 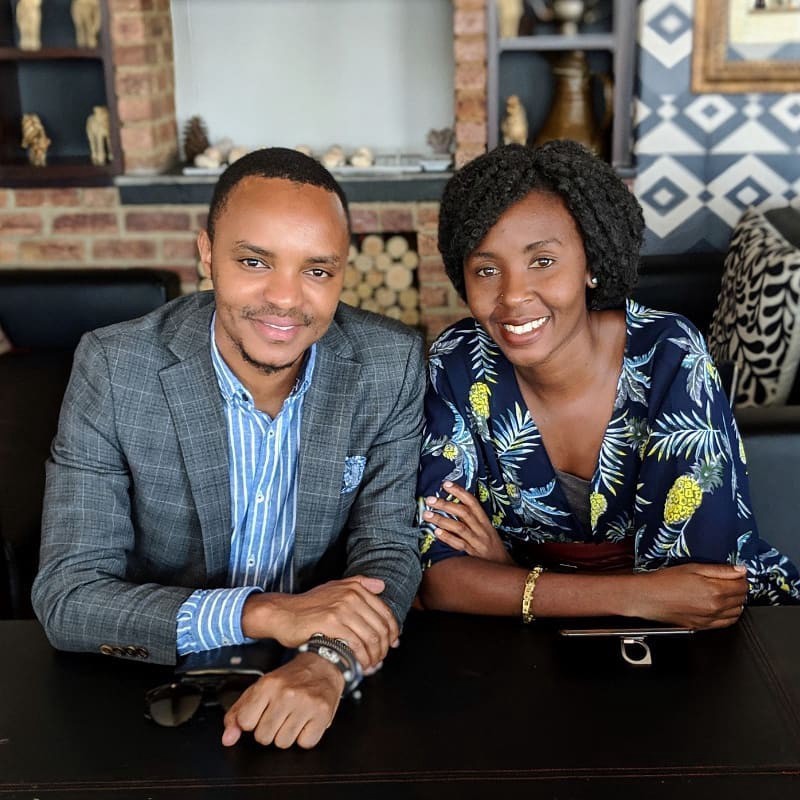 Co-founder and head of the immersive unit, Tulanana Bohela, says “this is a big opportunity for African storytellers in different facets, whether it’s photography, journalism, technology, to be able to use this new platforms in ways that they can then dictate.”

She says that because the technology is so novel internationally, it is a clean slate for everyone to explore how to use it best. This is in comparison to other forms of media, where the methods and conventions are established, and often originally influenced by countries outside of the continent.

Bohela and the team of six find themselves introducing the concepts to people often for the first time. For AR, which is “a digital asset being placed in a physical world in real-time,” she says it is easiest to make it relatable with an example like Instagram filters, where puppy ears appear on someone’s head. She describes VR as the ability to immerse someone in an entirely virtual world.

Since a lot of people in Tanzania may not have had any formal training with technology, OnaStories has had to find ways to adapt the format and make it accessible. For instance, they had to come up with new language terms. There is no direct translation for virtual reality in Swahili, so they use Video ya Nyuzi 360, meaning quite directly 360 video. She says this is “so that a layman can understand so that we’re not just throwing English at them and hoping they understand.”

Yet, when an audience is able to experience the formats, such as through an augmented reality art gallery, or a virtual trip to the Serengeti, the response has been wonderful. “It’s so amazing to watch the reaction,” Bohela says, “because we’ve literally transported somebody to somewhere they’ve never been to.”

Bohela says that one of the biggest lessons they have learned as a company is to be able to adapt. “The best thing is that people are open if you show them and not to assume that what you like is what they’ll like.” For instance, they had expected a great interest in VR, based on the experiences of mentors and counterparts in Kenya, yet found that the Tanzanian market responded far better to the idea of AR, because they were already accustomed to this from mobile phone apps. The team’s strategy has since moved towards accommodating this more.

Bohela has a Journalism background while Glorious comes from a filmmaking, marketing, and business background, so their mutual interest in how new media formats can be used in Africa brought them together. Bohela says about those early conversations, “we were talking about VR and AR but we didn’t even have an idea about how that would really look or how it would play out here, but we believed in it so much.”

Since their start in 2016, OnaStories has learned a lot. They have done a mixture of corporate, NGO and institutional work as well as digital media training, but journalistic storytelling remains a core continued focus.

They have created several 360 films, including What Could You Do, which was featured at the 2018 Sheffield International Documentary Festival. It poetically retells an experience of sexual harassment Bohela had on public transport. She says, “it seeks to get people to sit in that discomfort because a lot of us just dismiss that these things happen.” An upcoming film about the Kilwa Kisiwani ruins on the southern coastline of Tanzania.

Glorious says their process with clients does not assume what would be the best format or strategy but builds on their needs. “We begin with the audience in mind, then look at our story, then — when the audience and story are a good fit for immersive media, we get to work.”

Bohela believes that VR and AR can be strong tools for newsrooms and encourages journalists not to shy away from the new formats. She says there is a lot of room for exploration and not just one right way to succeed, and that “we should just keep experimenting until we figure out the way.”

She says that the power to immerse an audience in a story, such as a tour of a refugee camp, could bring about audience engagement in a much deeper way since there is no place for them to look away. “If the story is told well, you will feel the power of it,” she says.

Glorious says, “African audiences love immersive media! “ He agrees that media houses should take a risk on these new formats and jump in. “From the intensity and immersion of audience responses so far, you are doing yourself a disservice as a journalist or media house if you are not at least experimenting with AR and VR in your storytelling.”

The road hasn’t been without challenges, such as finding and retaining the right staff who are willing to learn alongside the company. Another struggle particular to their context was that the humidity and heat in Dar es Salaam made some of the foreign-made equipment overheat. The team had to learn to adapt and choose more appropriate gear.

Bohelo does say she is hopeful equipment costs are going down. Some of their gear had to be bought abroad, but other options, like cardboard VR sets, are more accessible. Onastories started small in this regard and worked themselves up as they realised that there was a market to justify higher costs.

She says that one of their primary goals is to build a graphic journalism and innovation hub where different experts work together on pieces. . and Bring experts together to work on pieces. They have recently launched the OnaStories Expert Network to support freelancers that may be able to assist on projects.

However, the vision to build skills capacity is beyond just them. Bohela says, “we don’t want to be the custodians of VR and AR in the country.” She wants as many people as possible to use the technology for different uses beyond her focus on storytelling.

Glorious says, “what OnaStories is doing in Tanzania is building an ecosystem for immersive media — we want to connect storytellers, journalists, producers, and editors to the tools, resources and training that they need to produce extended reality media.”

OnaStories hopes they can build a case study for how people can tell African stories in new ways. “The stories remain the same, but this is another platform that you can then be able to do so, more effectively,” Bohela says.“Here’s something that is able to get someone to sit down, listen, look around and completely engage.”