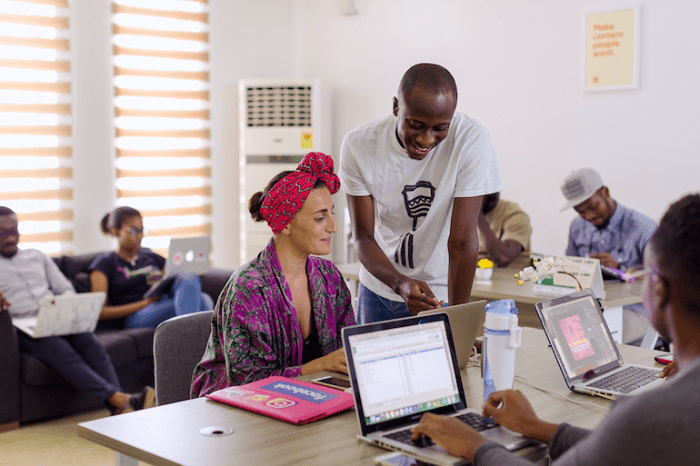 As a college student focused on biotechnology in Ghana, Jesse Arhin Ghansah didn’t predict that he would become the CEO of a pan-African media startup that recently raised $1.1 million in seed funding. He just wanted to read entertaining things online that he could relate to.

“The news agencies had their websites online, but there was no content for the youth like us. So we started a blog back in college to create not-boring news,” Ghansah said. “In the West, Cracked, BuzzFeed, and Mashable had really picked up steam. We couldn’t relate to the contents; we didn’t get the jokes. So we decided to create content for people like us.”

That was back in 2010. Seven years later, Ghansah and the other cofounders of OMGDigital have over 90 million monthly content views across all platforms, more than a million dollars in seed funding from investors including Kima Ventures, Soma Capital, and the Comcast Ventures Catalyst Fund, and from angel investors including Josh Buckley of Mino Games and Frances Xavier Helgesen, the founder of Africa-based Off Grid Electric. The OMGDigital team recently expanded from Ghana to Nigeria and Kenya, with the prodding of their recently completed Y Combinator accelerator program.

For example, OMGVoice’s original Ghana page has posts on:

“Here’s What the Colors of A Kente Cloth Actually Mean”

“Types of ‘Makangas’ You Will Meet In Nairobi’s Matatus”

“7 Nigerian Celebrities You Didn’t Know Are From Royal Families”

“These Would Be the Nigerian Names Of These Foreign Celebrities”

Creating content is one task; distributing it effectively is another. Ghansah and the OMGDigital team have experimented with email newsletters (they switched to include SMS for a better open rate), messaging apps like WhatsApp and Viber, and social media platforms such as Facebook and Twitter. They’re not alone in the African digital millennial media sphere, of course: HuffPost launched its South African version in 2016, but BuzzFeed and Mashable each just have tags corresponding to stories related to Africa. Other sites have sprouted from within Africa, such as Spaza Shop, but none seem to have grown as much as OMG Digital.

The chances Ghansah and his cofounders took seem to have paid off: With its seed money, OMG Digital plans to expand to four more countries in Africa, in the hopes of reaching “70 percent of the total millennial audience online [on the continent] today,” Ghansah said. (CNN noted last year that 120 million people across Africa were using at least Facebook every month.) They’re also developing verticals beyond the existing OMGVoice flagship brand and the food-centric ServePot, which Ghansah described as the “Food Network for Africa.”

While the company was built on listicles and catchy social content, Ghansah said they plan to delve further into serious news as one of the standalone brands in a vertical — which would be a parallel to BuzzFeed’s path in the U.S.

“We saw gradually the increase in taste for a little bit of news. We had a couple of journalists create a report on some real issues in the news and that has taken off for us,” he said. “In the future, we are going to launch a news brand for Africa, like what Mic has done for the U.S. markets.”

But most of the U.S. markets rely on digital advertising, which now faces significant troubles. The same trend is approaching Africa: Opera Mini, one of the most popular internet browsers on the continent, has adblocking built in. OMGDigital has been structured around ads — “that’s what we were living on to make our rent,” Ghansah said about the company’s early days — but the plan is to diversify revenue streams with events like music festivals, online commerce, and subscriptions for video content.

They also have been careful to distance themselves from African politics, in a media environment that frequently sees government controls over the news and censorship. “Last year was voting season in Ghana, and we were reached out by higher-ups in the government, but we didn’t want to involve ourselves in politics just yet,” Ghansah said.

“Politics and news is something we’re really passionate about. We see it as a problem among the youth: People don’t really read the news over here because it’s super boring,” he said. “With the little that we do, we try to cover policies and issues affecting us as youth. The way we grew up and see the world is totally different from the current news situation now.”

This article was first published on NiemanLab.