This is the story of how HumAngle, a new entrant to the Nigerian media industry, is using podcasts to report on insecurity and humanitarian crises 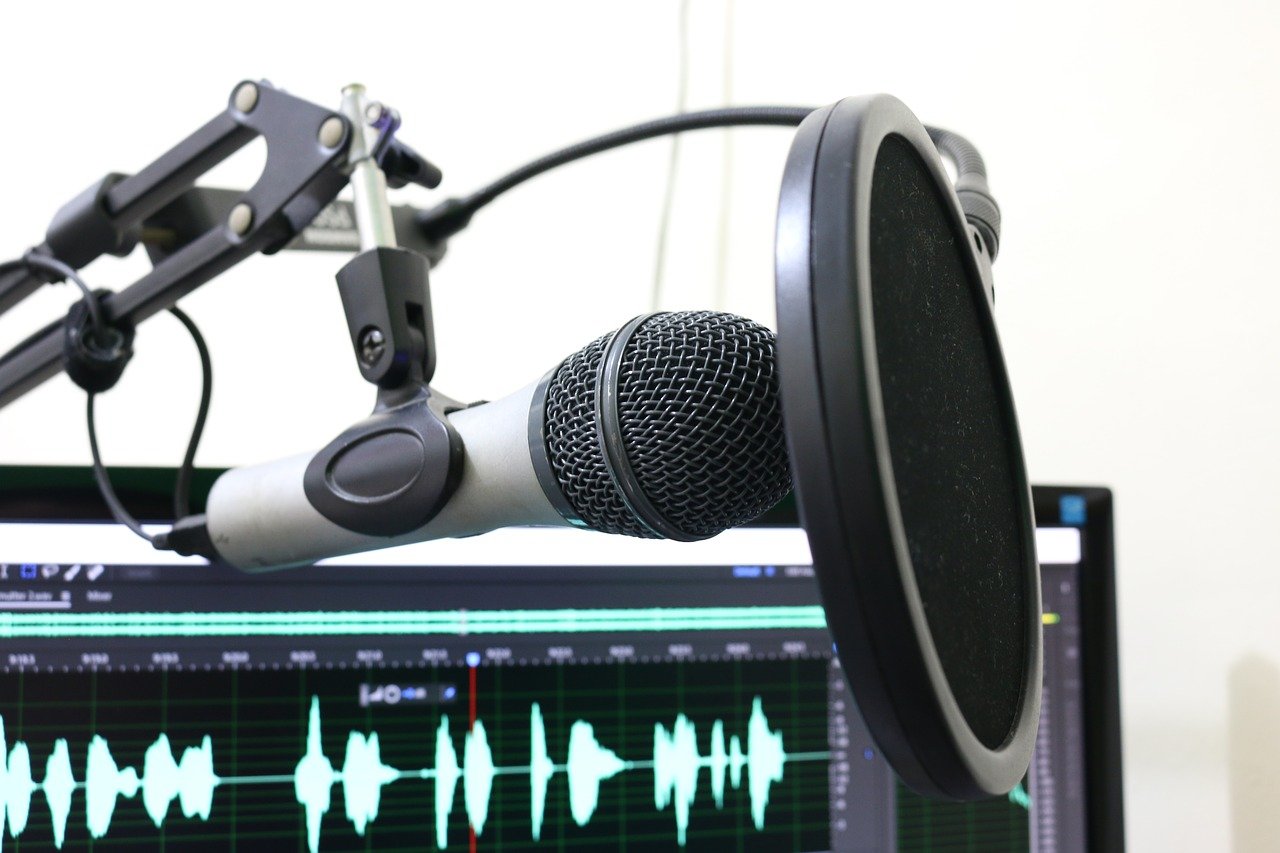 Since it was founded in March 2020, at the beginning of the pandemic, HumAngle’s reporting has focused on covering conflict, migration and humanitarian issues.

Anita Eboigbe, the managing editor of HumAngle and the senior producer of the podcast series, said the main reason for starting the series was to give human voices to humanitarian issues and to introduce a unique storytelling format that would appeal to the audience.

“Stories about development, conflict and insecurity have been told over and over again through text so people can’t put human voices to them,” she said, adding that she sat down with her team and started figuring out the best way to attach human voices to these stories.

“There are also stories that we have not done and the best way to tell them would be to do that in real-time,” Eboigbe said. “So, about seven months ago, upon research, we found out that podcasting is not really a thing that African newsrooms were doing. Most of the podcast series is from foreign newsrooms.”

Titled “Vestiges of Violence” the podcast series which runs between 5-6 minutes, features stories from the Northeast, Northwest and Northcentral part of the country which has experienced an increasing rate of violence and conflict as a result of Boko Haram terrorists, insurgents, bandits and armed cattle herders who frequently clash with farmers in the region.

“We did a whole series on undocumented IDPs in Benue state and the issues affecting them,” she said, referring to displaced victims of cattle herder clashes in the country. “We have also done extensive work in the Northeast and Northwest. So, wherever there are stories about victims of violence and we want to cover those stories, we want you to feel the emotions of what they are feeling.”

In March 2021, HumAngle produced the first episode of the podcast titled “What happens to love when a country goes to war?” which tells the story of Bulama and Jugudum — two victims of the ravaging insurgency in Nigeria’s Northeast who struggled to keep love alive as they fought through the pain, displacement, daily struggle for survival and reconnecting after a long period of separation. Another edition titled “Where is My Husband?” which aired in May, tells the story of Falta Gambo whose husband, Modu Ngubdo was detained by the Nigerian military in 2015. Gambo is in a dilemma — while still awaiting trial, she is anxious about Modu’s return because she now has a child by another man.

But because the use of podcasts for storytelling is entirely new and emerging in the country, Eboigbe said they wanted something structured that felt as relatable as possible — bringing stories of people in conflict areas to homes and ears and making the audience understand that these are actual people and not just statistics.

“It’s so easy for you to read stories of conflict over and over again and just assume that these are statistics. So, we really wanted a situation where you could see that these are actual human beings.”

The 20th episode of the podcast recently aired. Eboigbe said more series would be produced in the coming months as conflict and other humanitarian issues unfold in the country.

“We have many more podcasts coming up and what we really want to achieve with this is that we want our audience to see the human footprints that violence has left in Nigeria,” she said.

Eboigbe said that what makes the podcast series unique is that “we just don’t tell you the story like you are listening to the radio. If you listen to our podcast, you can feel every moment; we are so particular about every detail — from the stories to the sound design to the audio production in general, scripting. Every single thing is very intentional, there is nothing left out of place.”

This is not a film script; this is a human’s life being mirrored in front of you. So, there is a lot of emphasis on victims

She says that for each podcast, there is a follow-up. “So, we don’t just write one-off stories. We write these stories, produce them and keep track for updates so we can see the progression of these characters.”

Eboigbe explains that while the podcast is for everybody, it appeals more to younger people because they realised that they don’t pay so much attention to these issues. “They rather pay attention to the “scare factor” of insecurity in the region and don’t really understand the intricacies of the conflict and the best way you can communicate to them is giving them content in a way they can easily digest, and they can pause and come back to.”

Their work has created some impact and most importantly because it has brought attention to a lot of things that were overlooked in these areas covered, Eboigbe says.

“We have had people say that they had no idea that the conflict in the northeast was this intricate. And they suddenly feel that these people could be their neighbours, friends, and family members; that sort of familiarity.”

She, however, adds that they are mindful of the characterisation of victims of conflicts in the podcasts. “You know that they are not characters because these are actual human beings. This is not a film script; this is a human’s life being mirrored in front of you. So, there is a lot of emphasis on victims.”

In addition, since they started, the podcast series has been used as a tool for advocacy for people in conflict zones and drawing the attention of the government and the international community to the plights of victims of violence and insurgency.

But to produce a podcast, you need certain specialised skills such as audio production, scriptwriting and voice over which help to disseminate meaningful content to the audience.

Working with a small team who are assigned roles, Eboigbe said training is very integral to their work including in-house workshops each week as a way of learning the best and latest trends in podcasting.

“Before we started, we had months of intense training. We brought in experts to train them from scripting to audio production, marketing among others. We needed to get it right and we knew from the beginning that we needed to do something unique that would stand out and we have to keep improving every step of the way. We knew that this was something new so we also needed to train ourselves on it. It was my first time producing a podcast even though I have produced other things but never really produced a podcast and I needed to get myself in a space where I needed to produce one.”

Currently, there is no external funding for podcast production. Eboigbe says that funding for the podcasts has been tied to existing projects they have funding for. “So, if there is an existing project that we are doing, we just tie the audio component to it. And there are some that are in-house that we just decide to do on our own.”

However, she says they are open to partnerships and sponsorships. “We also have situations where we have opened it up to say this is what we are doing. If you want us to tell a particular story with our podcast, we are open for support and partnership. We do not have advert agreements. What we do is to partner with people whose directions align with ours to say that these are the kind of stories we want to tell.”

As a new space in the media landscape in the country, Eboigbe says it has been a challenge convincing potential funders to fund their work.

Leading this podcast team is a pioneering role for Eboigbe. But she says it has been an exciting journey and looks forward to producing some of the best audio stories that not only create a mental picture in the minds of the audience but also take them by the hand to the scene of the event.