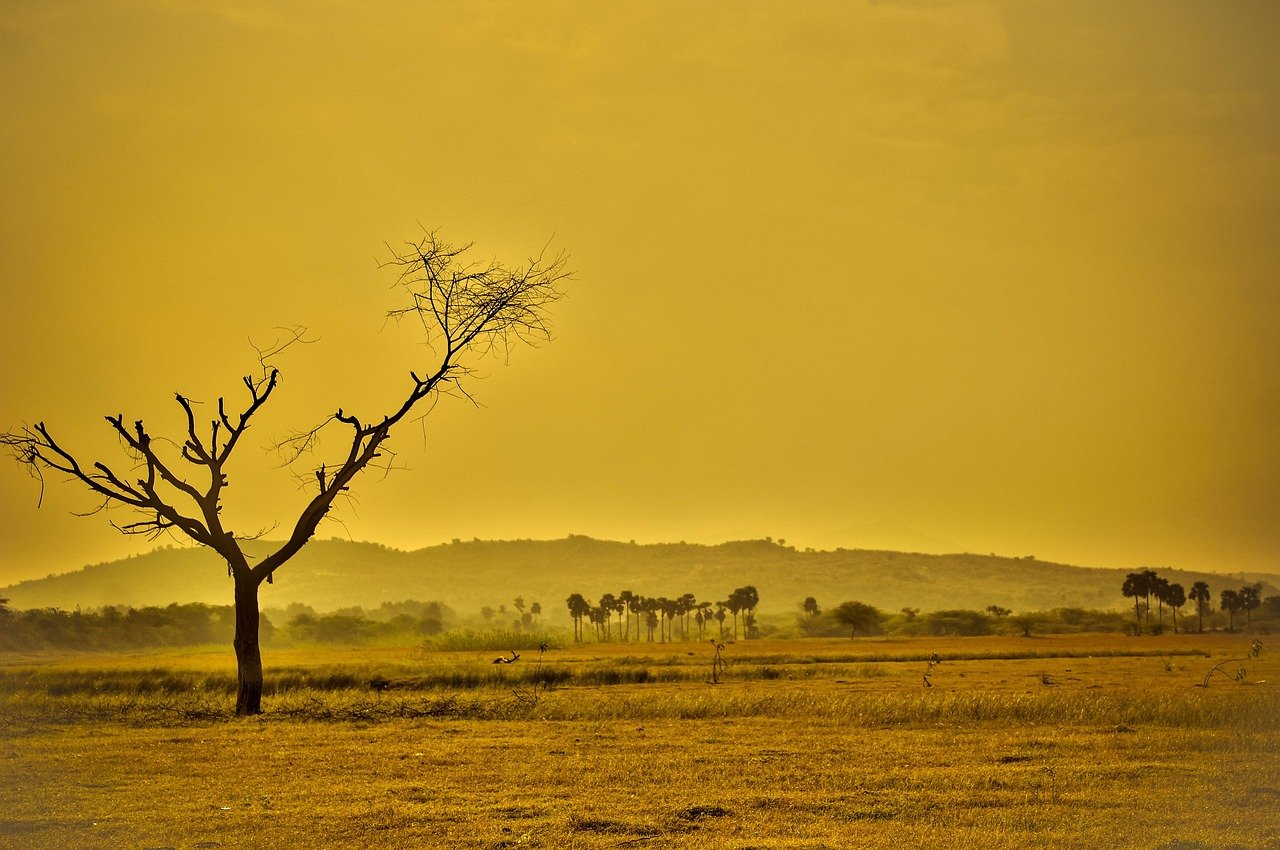 Three years after Murtala Abdullahi completed his programme in Environmental Education at the University of Abuja in 2017, he joined HumAngle, a media nonprofit focused on reporting conflict and extremism in Nigeria and West Africa, as a climate and security reporter.

HumAngle has a  Climate Desk where its team of climate reporters gather and evaluate information about climate change and ways to mitigate it. After receiving training from the media outlet, Abdullahi says he now “looks at how climate change affects people, especially as it contributes to conflict or displacement and also in terms of adaptation and resilience.”

Climate change is an increasingly serious threat around the world and in Nigeria, it has caused increased heat, drought and also increasing flood risks. But newsrooms and local journalists are helping to promote climate action and awareness through their reporting.

Abdullahi has produced different climate stories since he joined HumAngle. For instance, one of his stories published in March this year, focused on Nigeria’s Green Wall, a project designed to promote land restoration and conservation using both economic and forest tree species. In another story with Mansir Muhammed, his colleague, Abdullahi examined how the loss of wetlands is increasing the risk of flooding in Lagos, Nigeria’s commercial city.

As he examines how climate change plays a role in exacerbating conflict in Nigeria, Abdullahi also looks at how to mitigate that as part of the broader response.

Akintunde Babatunde, deputy director for the Centre for Journalism Innovation and Development (CJID), an independent Nigerian media nonprofit, said Nigeria’s climate has changed and it is posing a serious threat to lives. He said training journalists and empowering their newsrooms to cover climate issues is much needed in the country to help the government make favourable policies.

Babatunde said reporting climate issues for policymakers to take action is important and that is why the nonprofit is empowering journalists.

“That is why we are dedicating our climate change reporting project to up-scaling journalists and sometimes training them from scratch on the science and reality of climate change so that they are able to make quality information available to citizens and governments,” he said. “So, it is important we empower journalists to do their work effectively. And not just empowering them, we also understand the financial situation that affects journalists from doing this work so we also support them with small grants to make them do this work for massive impact.”

He noted that the fellowship is improving the quality of content they publish on their platforms because each journalist has an editorial mentor who guides them to execute these ideas during the three-month duration of the programme.

Kehinde Ogunyale, a Nigerian freelance journalist, said his drive to start reporting climate issues began when he started having conversations with residents of vulnerable communities about climate change and how they are affected.

“Climate reporting makes you see issues from different angles. There are so many things fueling the climate crisis that people are not aware of in the local community,” Ogunyale said. “We have climate stories that are very defining so the goal is to tell these stories, especially in local communities.”

Last month, his story published in the International Center for Investigative Journalism, an independent Nigerian media outlet, examined how deforestation, landslides, and wildfires are affecting farmers in communities in Cross River State, southern Nigeria. In another story published in Climate Tracker, Ogunyale looked at how the impact of extreme wildfires due to the burning of forest bushes and illegal logging of timber woods is threatening people’s livelihoods.

“These communities are faced with climate issues and some of them don’t know it. They just know they are not getting a good yield,” Ogunyale said. “People are logging illegally and it’s opening the environment to excessive rainfall and harsh temperature.”

Meanwhile, Babatunde said lack of funding remains a big challenge to most newsrooms in Nigeria.

“If you really want to do climate reporting as you would do it, you need a lot of financial resources to be able to activate it and most newsrooms can barely pay salaries so it’s difficult for them,” he said.

But Abdullahi is still determined to produce more climate stories and wants to adapt innovative tools like satellite imagery and drones.

“That way, you can reach out to more audiences and make more [of an] impact,” he said.

Let’s talk about the environment, with journalist Sophie Mbugua

Is there a gap in environmental reporting in Africa?

Step up your climate reporting with this guide