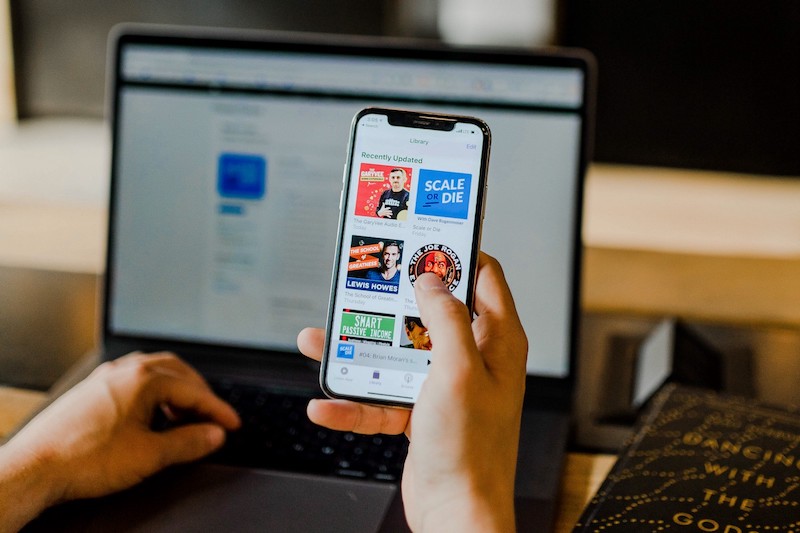 Media organisations are not “investing in strategies to reposition themselves adequately within the changing media landscape, as they have not all mastered producing content for their website platforms,” said Lucky Dlamini, communications officer at the National Research Foundation.

The then Acting Editor for Daily Sun, Bafana Nkosi told Dlamini, “our website is not exciting, what is happening is that we are not coming up with new stories on the website.” Adding that “most of the time we take all of the stories from print, and we load them online and people read them from there”.

The use of social media

Dlamini said that young audiences use social media as a source for news. He said that the three organisations did not mention strategies aimed at targeting young audiences on private and personal platforms such as WhatsApp and Instagram.

According to the Reuters Institute, Digital News Report 2021, 75% of the South African population uses social media as a source for news. Facebook and WhatsApp are the most used apps in the country. The Reuters report noted that 52% of users, use WhatsApp to share news, while a slightly higher proportion (55%) of users share news on Facebook. The report noted that the respondents to the survey conducted by Reuters were “generally more affluent, younger, have higher levels of formal education”

“WhatsApp is increasingly becoming an important means to receive, to share and to discuss news with friends, colleagues and family in more private settings,” said Dlamini. He noted that even though the youth prefer using social media and private platforms to share news, the media organisations expressed uncertainty with using these platforms.

Young audiences are not satisfied with the video content produced by news organisations said Dlamini. Visser told Dlamini that the City Press was experimenting with podcasts but it was fairly new. Dlamini noted that “there was no other emphasis on the production of video content by any of the other news outlets”. He found that news organisation were not using strategies or innovative ways such as video to target young audiences.

“News content seldom touches on the lives and experiences of young people,” said Dlamini. He explained that young audiences do not think that the news is relatable,  “I would like to see a bit of success stories because most of the time you see all these negative stories,” said an anonymous respondent for Dlamini’s research. Adding that, “not to say that this is bad, but a bit of success stories would have a positive impact in our communities”.

One of the other gaps Dlamini found was the speed of news content Young audiences expect fast and reliable news and “journalism needs to adjust to the faster pace of the information age”.

Dlamini said that the gaps between media organisation and young audiences suggested that these organisations have not explored the full potential of digital media. He said based on the interviews for his research, news organisations are not meeting the needs for innovation and creativity in terms of the distribution of news. He said that the repurposing of stories for different platforms may not hold the attention of young audiences as they have access to the same content but on different platforms. Dlamini noted that organisations did attempt to engage audiences in interactive ways such as personalising content. He added that they also experimented with new methods of reporting but efforts were not aligned with the experiences and expectations of young users.  He concluded that the “three organisations appear to be slow in responding to the technological changes”.

Styli Charalambous, CEO for the Daily Maverick, an online daily newspaper in South Africa, said their approach to young audiences is to wait for them to become adults. He explained that “we wait for them to get old enough and grumpy enough to care about the things that we write about. It would be nice to be able to cater to them, but it really comes down to a function of picking your battles and prioritizing.

“We feel like we’re not doing enough for the current adult population that we’re serving at the moment. Before we can even get onto that, we wouldn’t even know how to monetize that and how to make it work unless it was specifically grant funded. Everything is screaming for budget and needs to be funded in some way and it’s a question of resources at the moment”, Charalambous said.