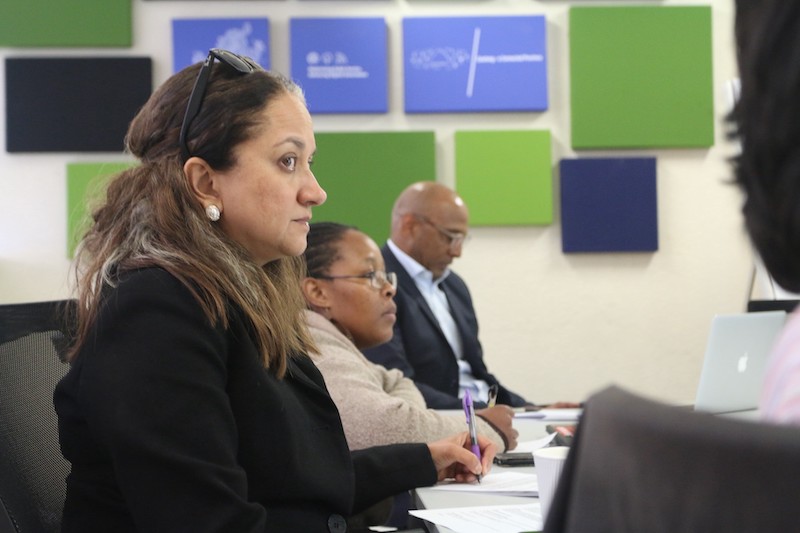 We are proud to announce the first cohort for the Journalism and Media Lab (JAMLAB) Accelerator programme which starts in July. This six-month hothouse accelerator initiative for journalism and media innovators will provide teams with tools, facilities, and contacts and support to help realise their ideas and ambitions.

Here are some brief introductions to the teams:

This team led by Andile Maskuku, aims to extend its existing podcasts, which have already built up an influential audience and network in the African tech community, into video and also develop a sustainable viable business strategy.

This online lifestyle magazine led by Siphumelele Chagwe challenges media stereotypes. As they state on their blog, their magazine is for ‘the fat ones, the skinny ones, the incredibly queer ones and the “ I don’t know where i fit in” ones…’ Through their participation in the accelerator programme, the team aims to develop their technology, and grow their audience and income streams.

The Global Girl Media team led by Patricia Hlophe aims to build on the training programme they have been running since 2010 and create a viable enterprise for young women from townships and rural areas in media.

Nelisa Ngqulana has worked with Media Monitoring Africa on a Youth News Agency and UNICEF Children’s Radio Foundation. During her time at the accelerator programme through Media Factory, she aims to create a new citizen journalists mobile news agency made up of young content creators. (citizen journalists) who report from their communities.

Soul City is one of the country’s best known social justice organisations and produce Soul City, Rise, Soul Buddyz, Kwanda and many other television and radio shows. This team aims to build a new young women’s radio station. They are looking to exploit new technologies as well as traditional media to advance social justice for young women and girls. They also want to explore the possibility of starting a mobile virtual network operator (MVNO) which could offer data-free listening.

Paul McNally, a Harvard Nieman Fellow and founding director of Citizen Justice Network and Roland Perold, a serial entrepreneur with a background in telecoms and software startups are part of Volume. Volume’s goal is to create a new mobile-first news wire service that links community radio journalists with mainstream news outlets to breakthrough the existing metropolitan filter bubble of South African news coverage.