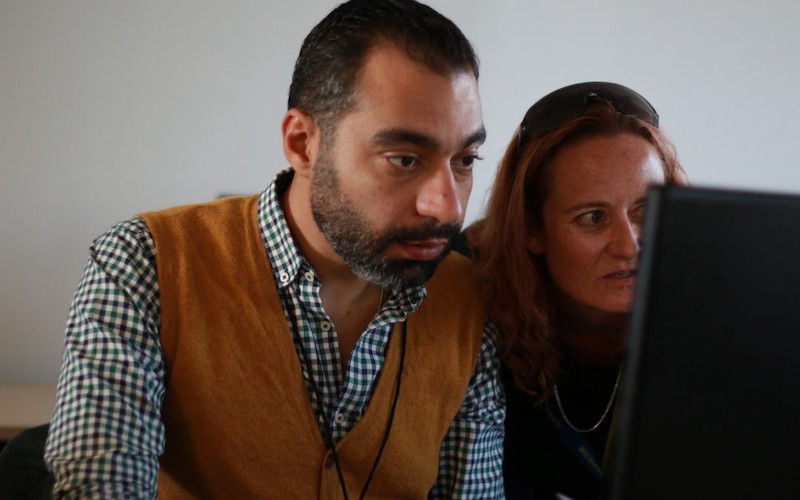 The use of mapping platforms can take your story to a whole new level says data editor at The Investigative Reporting Workshop Jennifer LaFleur.

At the Global Investigative Journalism Conference, LaFleur led a session on creating maps from data, a technique called mapping which can improve the quality of investigative stories. She was assisted by Andy Lehren, an investigative reporter at NBC and the New York Times.

“This workshop is really … just to show them [journalists]the power of it so that they can learn more later, said LaFleur. “Mapping is a very good reporting tool for analysis.”

Lehren shared an example of the power of mapping: “For the New York Times, we’re really looking closely at who was harmed by the hurricanes that struck Houston.” By mapping the hurricanes, reporters have been able to see where real estate agents have taken advantage of buyers by selling houses in risky areas. Mapping as a technique was instrumental in exposing the unethical conduct of real estate agents.

Lehren encouraged South African journalists to use data analysis to draw interesting maps for new stories. “One could use crime figures and census data for Johannesburg for example, to see where crime is really happening, instead of just relying on police reports.”

Basit Ali Khan from Pakistan said: “I mostly work on data, so I found the software we used very helpful.” He added that he learned more about visualising data at the conference.

Gabriel Labrador from El Salvador said: “I have some knowledge of data analysis, but by using mapping you can delve deeper into the data.”

Labrador said that he was surprised by how easily the software works. “I want to use mapping to write a story about dangerous buildings that got hit by earthquakes in my country.”

Although some of the journalists have worked on database analysis and spreadsheets, everybody was new to desktop mapping as presented in the workshop.

There are other mapping platforms like Arc online and Carto. 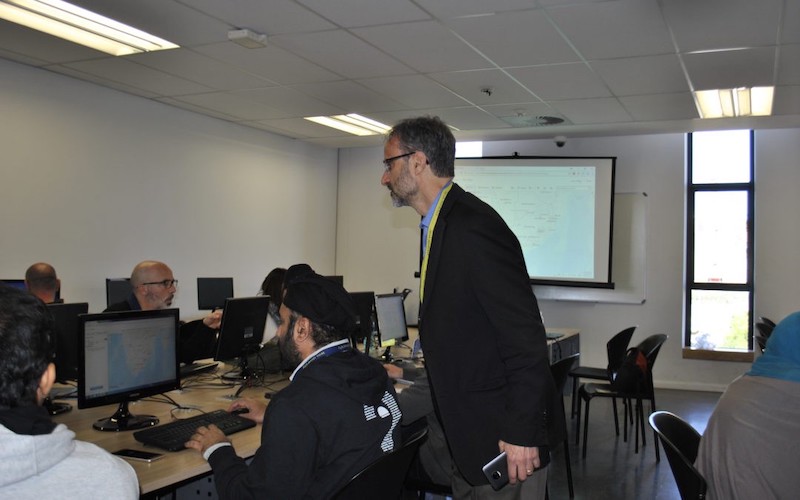 Arc Online is a mapping programme that also allows access and sharing of maps that people have produced on a variety of subjects and are tied to specific known locations around the world. LaFleur notes that the difference between the platforms desktop and online version. The online version is limited but has more interactive maps whilst the desktop version boasts more advanced tools.

This tool allows you to view maps as well as added information contained in the spreadsheet behind the map. It also allows you to analyse the data that drives the map. Journalists can also produce and upload their own maps, along with spreadsheets and data, allowing other users to access and use their work.

Carto is a data mapping tool for analysis and storytelling. The free online geographic information system (GIS) is designed to analyse geographic data. It also specialises in Location Intelligence mapping.

According to the Carto site, they have assisted foreign organisations like, Sanitas which does site planning for the healthcare industry and WWF Finland that deals with seal cubs being stuck in fishing nets.

“The thing I can tell you about Carto is that they [Carto’s support team] are fantastic with the product, they get back to you within 24 hours and will help you with any question you have… and they are really professional,” said Julia Renouprez, project manager of OpenUp (formerly Code for South Africa).

Renouprez showed the audience in attendance how in South Africa, Wazimaps, who provide census data for the population of South Africa worked with Carto. The GIS platform also assist non-profit organisations like Ndifuna Ukwazi and the Social Justice Coalition to map the informal settlements of SA and the challenges they face with the use of temporary and permanent toilets in those areas.

According to Renouprez, Carto analyses data effectively and a process of geocoding is used where mapping is viewed on a latitude and longitude x and y axis using different types of map objects which include points, lines and polygon. The challenges faced with geocoding in SA, according to Renouprez is that a large portion of the population is rural, which hasn’t been mapped, different languages makes places hard to find when it come to spelling and mapping doesn’t always keep up to date with name changes.

What are some of the other mapping tools you have used? Let us know by email us at info@jamlab.africa.