Male voices dominated SA Covid reporting: that has to change

Research has shown that when journalists look for sources, they often focus on already visible – and accessible – experts associated with prestigious institutions and the visible scientists in question, as research has shown, are mostly men 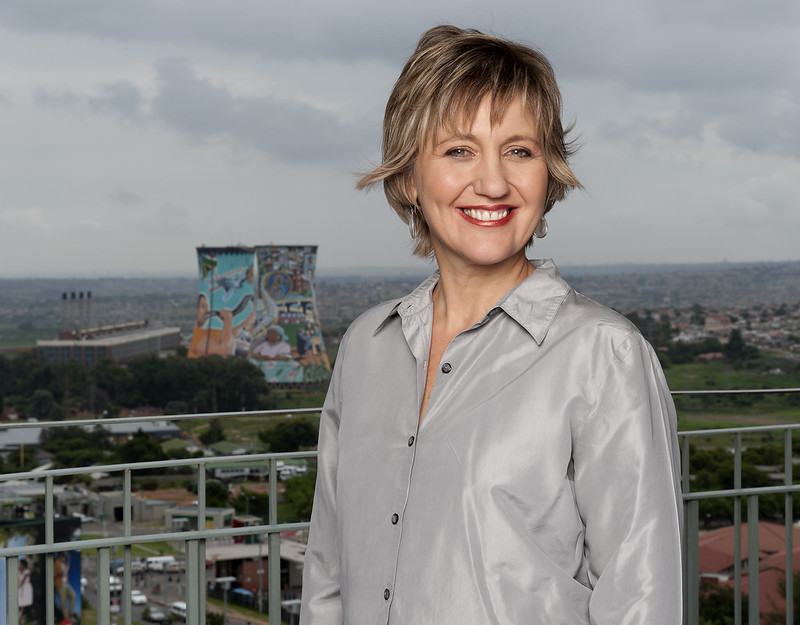 The onset of the Covid pandemic and the many months of uncertainty, anxiety and push for scientific breakthroughs sent journalists all over the world on the hunt for expert voices. They wanted sources who could explain to audiences what was happening and why.

Research has shown that when journalists look for sources, they often focus on already visible – and accessible – experts associated with prestigious institutions. These institutions are favoured because they tend to have a demonstrable track record of cooperating and engaging with the media’s demands in terms of time pressures and the need for reliable quotes to get their story published.

One of the problems with this approach is that the visible scientists in question, as research has shown, are mostly men. Also, it’s been found that when female experts are interviewed, they are often judged on their appearance rather than their expertise. They are seen as unusual within competitive research environments. This dovetails with what is more broadly known about gender gaps in research spaces. Men dominate high-level academia and female scientists’ contributions are under-recognised.

For many scientists, responding to journalists’ demands is a natural part of a modern scientist’s role. It is also a way to engage with public audiences, achieve policy influence and attract interest from funders and collaborators.

Therefore, by underplaying women’s expertise, the media limits their power and influence. Journalists may unwittingly perpetuate the notion that men are the only experts worth listening to. This also limits the visibility of women in science as role models and dampens young women’s professional aspirations if they’re considering becoming scientists.

So, how did the South African media fare in featuring both male and female voices in coverage about the Covid-19 pandemic? We set out to find the answer. We investigated the South African media’s use of expert sources during the first six months of the pandemic. Our findings, published in a special Covid-themed issue of the South African Journal of Science, show that male academics dominated as featured and quoted experts. Women accounted for only 30% of quoted professors, even though 2019 data show that, across all higher education institutions in South Africa, 48% of all staff responsible for instruction and research were women. These findings echo what’s been reported globally about women experts’ voices in Covid coverage.

As part of the study, we also identified the top 10 most visible expert sources in the South African media. Only two of these were women:

We acknowledge that women are underrepresented in academia, especially at senior levels, but there are many expert female sources across research fields available in South Africa. Data from the South African Knowledgebase show that female professors produced 40% of the publication outputs in 2020.

We also found a skewed representation of experts in terms of their research field: 51% of quoted experts came from health and medicine. Experts from social sciences accounted for only 21% of the professors featured in the media. That’s despite recognition that social science expertise is crucial in understanding and influencing human behaviour during a pandemic. Social scientists can help policymakers from health sciences to develop solutions that people are able and, crucially, willing to follow.

So, how can the South African media do better?

We have ample evidence that media organisations and individual science journalists are keen to help remedy gender imbalances in media coverage.

Around the world, major publishers and science organisations are rolling out remedial initiatives. For example, the BBC announced that it was joining other media organisations in striving for a target of equal gender representation across all its programmes and sites. This included an equal split in how many men and women were interviewed on camera and quoted in stories.

In June 2021, the top-tier scientific journal Nature announced that it would work harder to overcome gender inequalities. It was responding to studies showing that men were quoted twice as often as women in general news media and in Nature news reports.

Globally, several initiatives have been set up to help journalists who are seeking out female experts to interview. Among them are the Women’s Media Center, WomenAlsoKnowStuff and an organisation called 500 Women Scientists.

In South Africa, a non-profit company, Quote This Woman+, is growing a database of female experts to promote the inclusion of women’s voices in the mass media. The Association of South African Women in Science and Engineering aims to strengthen the role of women in science and engineering in South Africa. It also seeks to raise the profile of women scientists and engineers.

During Women’s Month in August, the South African Department of Science and Innovation organises events to celebrate and profile female scientists. One of the key initiatives is the South African Women in Science Awards.

In the longer term, initiatives working towards gender equity in academic leadership positions will increase the presence of female voices in the mass media. But in the meantime, university media offices, editors and journalists – as well as scientists themselves – can contribute to a more balanced representation of scientists’ expertise in the mass media.

This article first appeared on The Conversation Africa.