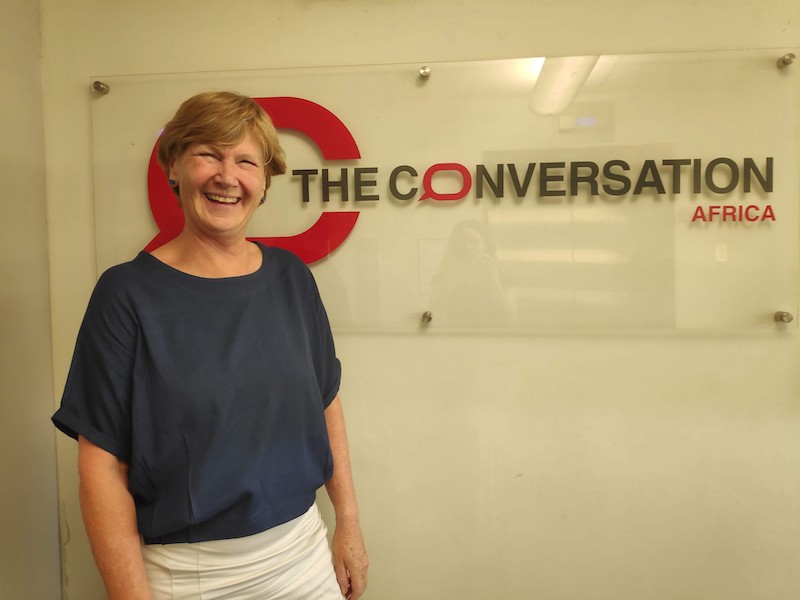 Editor Caroline Southey explains how she launched the African section of The Conversation and making it a success.

The Conversation Africa started in Johannesburg in May 2015 after Southey reached out to the global founder and received permission to launch an African version on the condition of finding funding. In a recent session with jamlab accelerator teams, she said that their model was built on a very simple proposition.

“What we do is democratise knowledge. We take the knowledge that is locked in the academy and we set it free. We translate it into English that ordinary people can understand. That’s all we do.”

Southey recommends that all media startups have a similarly clear vision and goal to make it easy for funders to understand and get on board. Southey also attributes their early funding success to having a strong proof of concept in the other international versions of The Conversation. “If they can do it maybe we can do it,” she says.

After some initial funding and support from the South African National Research Foundation and some university vice-chancellors, she says funding was catalytic and Southey was able to hire five employees within the first year. She particularly recommends having a strong general manager working alongside the editor, so that there is a balance of crucial skills. Southey says, “anyone who wants to launch any media outlet should make sure you’ve got someone who can do the numbers and who runs the finances.”

Southey also explains that they were most successful with funders whose purposes lined up with The Conversation’s work closely. “Their motive is that they are funders that put money into academia,” she says. These organisations support academic work and research in Africa that often does not get large media coverage.

Southey says that while the vision is not complicated, implementation was and remains difficult at times, including challenges around working with academics, remaining sustainable and reaching content goals. However, she considers their work so far a success. She measures this by deepened networks, bigger audience reach, and greater geographical presence. They are currently present in Johannesburg, Nairobi, Accra and are about to appoint a commissioning editor in Lagos. The content is open to republishing under Creative Commons. The platform’s monthly audience reaches about 2 million readers internationally.

She attributes this to the fact that the site publishes articles written by experts which means people can trust the content. “The fact that newsrooms are under financial stress also means that publications are keen to accept content.” Southey also says, “there is a very positive reason to our success and that is that there is a yearning for knowledge, a yearning for information and people really like well-edited, well-written stuff.” She says that she is constantly surprised by the mix of content that is best read on their website and that this interest by readers gives her great heart for the journalistic profession in general.

Southey says, “I really think that the quality of what we put out is the absolute key.” She emphasises that while their focus is on covering local experts, the writing is targeted to be understandable for audiences around the continent and the globe. The team works hard to avoid generalisations or over-complicated phrasing, working closely with the academics to ensure this.

The Conversation Africa runs on a different model to many traditional digital newsrooms, yet their growth and success offer valuable lessons for other new players on how to build on clear vision.