Ethiopia now ranks with Eritrea as sub-Saharan Africa’s worst jailer of journalists, according to the Committee to Protect Journalists 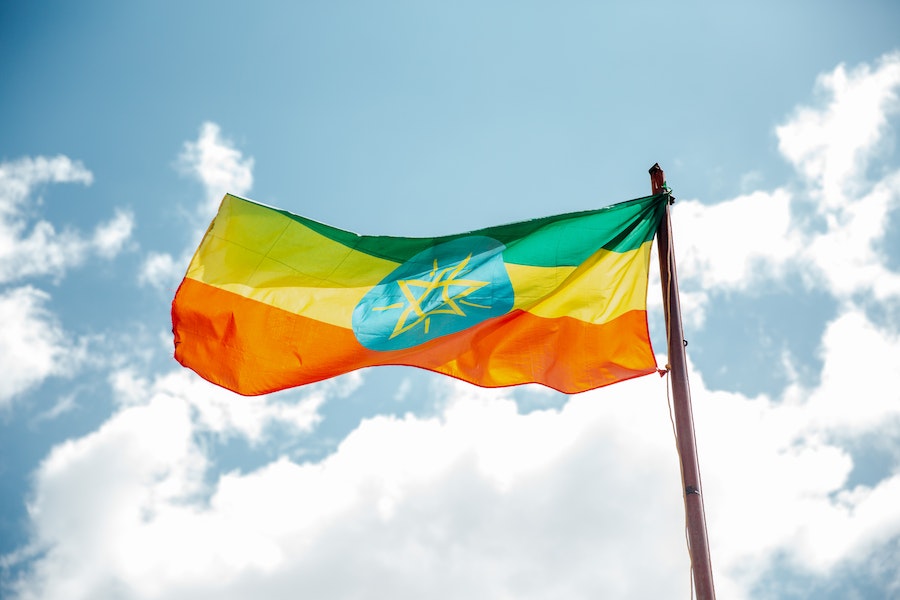 Ethiopia’s 21-month-old civil war is accelerating the deterioration of press freedom in the Horn of Africa nation. The conflict between the federal government and the rebel forces led by the Tigray Peoples’ Liberation Front (TPLF) has prompted a media crackdown that extinguished the glimmer of hope sparked by the initial reforms of Prime Minister Abiy Ahmed. Research by the Committee to Protect Journalists (CPJ) shows that Ethiopia now ranks with Eritrea as sub-Saharan Africa’s worst jailer of journalists.
Here is CPJ’s briefing on the deteriorating conditions for Ethiopia’s journalists, the context of the crackdown, and recommendations to improve the country’s climate for press freedom.What’s behind the hostility toward the media?Ethiopian journalists are no strangers to repression. Ethiopia used to be one of the world’s most-censored countries. Under the Abiy administration and the previous TPLF-led administrations, they have experienced internet shutdowns and had anti-terror laws used against them.Now, the fight to control the narrative of the war is one of the major reasons for the increasing hostility against the press. On-the-ground fighting is accompanied by misinformation, disinformation, and a war of narratives on social media. In the beginning the government even insisted on calling the conflict a “law enforcement operation” rather than a war. Journalists and commentators expressing dissenting views, or doing independent reporting, became vulnerable to arrest, threats, expulsions, and other forms of attacks.The crackdown on the press is also happening within the context of human rights violations from all sides of this war, as documented by Amnesty International and Human Rights Watch. In some cases, detained journalists have been held as part of broader sweeps in which thousands of people have been arbitrarily arrested, according to CPJ’s own reporting as well as reports by human rights watchdogsand the media.How many journalists have been arrested in Ethiopia since the start of the war?

CPJ has documented the arrest of at least 63 journalists and media workers since November 4, 2020, at least eight of whom remain detained as of August 1, 2022. All the detentions that CPJ has documented so far have been in Addis Ababa, the capital; Oromia, Amhara, Afar, and Somali states; and more recently in rebel-held Tigray state, which has been under a telecommunications blackout for most of this war, making it difficult to researchreports that even more journalists are held there.

Most detentions follow a similar script: authorities arrest a journalist or media worker and present them in court requesting more and more time to hold them for investigations. These proceedings have resulted in formal charges in very few of the cases documented by CPJ. When the courts eventually grant bail, police frequently mount appeals that delay the journalists’ releases. Some journalists are detained without access to family or legal counsel, such as in the cases of Gobeze Sisay–who was arrested on May 1 and held for a week–and Yayesew Shimelis, who was held at an unknown location  from June 28 to July 8.

Freed journalists have told CPJ of restrictions on their bank accounts and movements even after their release.

These detentions have a ripple effect on the broader media community. In 2021, Awlo Media Center shut down after its staff were arrested in mid-2021. CPJ also spoke to four previously detained journalists who said they were no longer working in journalism. Self-censorship becomes an inevitable by-product in an environment of fear, eroding the diversity within public discourse and undermining the public’s right to know.

What other actions have been taken against the media?

Journalists have faced physical attacks. In February 2021, men thought to be intelligence personnel raided the home of freelancer Lucy Kassa and warned her about reporting on the conflict. A group of four unidentified men abducted and assaulted online journalist Abebe Bayu in June 2021.

In 2021, CPJ documented the first killing of an Ethiopian journalist – Sisay Fida – in connection with their work since 1998. Sisay’s death was attributed by authorities to the Oromo Liberation Army, an insurgent group allied with the TPLF. CPJ continues to investigate the motive behind the killing of a second journalist, Dawit Kebede Araya, who was shot in Mekelle, Tigray, in January 2021, at a time when the city was in the hands of federal authorities.

Addis Standard, an independent publication, was suspended for a week in 2021. New York Times correspondent Simon Marks was expelled in May 2021. Tom Gardner, an Economist correspondent expelled from Ethiopia in May 2022, has recounted how he was harassed online and offline.

Telecommunications disruptions also continue to affect Tigray region, as well as parts of Amhara and Afar state, undermining media coverage of the war, according to CPJ’s reporting and research by the digital rights organization Access Now. The shutdown has hampered CPJ’s research into the killing of Dawit Kebede Araya, the recent detention of five Tigrai TV reporters, as well reports that other journalists may be detained in the region.

CPJ’s annual prison census documented at least nine journalists jailed in Ethiopia on December 1, 2021. CPJ has since confirmed that seven others were also in jail on that date. How does that affect CPJ’s census data for that year?

It’s important to understand that CPJ’s census reflects research based on a specific indicator – it is a snapshot of journalists jailed around the world on December 1. We do not include journalists released before or arrested after that date, or if we cannot confirm until after the census’ deadline that a journalist was in jail on December 1.

We did not include an additional seven journalists in the 2021 census because we either were not aware of their detention at the time, or we were still investigating the details of their cases. Had we been able to confirm the details ahead of the 2021 census publication, the data would have reflected that Ethiopia had 16 journalists in jail on December 1 – meaning that it would have tied with Eritrea as sub-Saharan Africa’s worst jailer of journalists.

We have since reported the additional arrests as part of our daily coverage on our website andwill adjust our 2021 prison database when we publish our census for 2022.

What does CPJ recommend to improve Ethiopia’s press freedom climate?

The authorities – at federal and state level – need to stop detaining journalists for their reporting. That would go far in clearing the fog of fear that characterizes the current media climate. Authorities need to address the injustices committed against journalists and ensure state institutions cannot be used to gag and harass the press in the future.

Impunity breeds attacks on journalists, so authorities must do more to conduct credible, transparent investigations into physical attacks and to ensure the perpetrators are held accountable. Ongoing telecommunications disruptions should end, and journalists should be allowed the free access they need to not only report the war, but other matters of public interest in Ethiopia.

Muthoki Mumo is CPJ’s sub-Saharan Africa representative based in Nairobi, Kenya. This article was originally published by the Committee to Protect Journalists.

Journalism in Somalia – a matter of life and death

Ethiopian media ‘caught between a rock and a hard place’