After a long career in media, the Kenyan journalist took a leap of faith and ventured into social entrepreneurship with Africa Uncensored 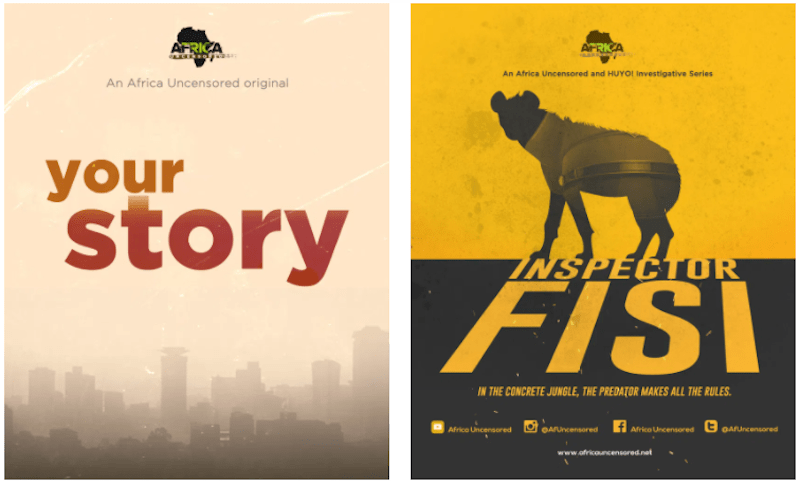 Kenya easily has one of the most developed and mature media markets on the African continent. It is not accidental that some of the world’s media conglomerates find the East African economic powerhouse befitting to set up base. A journalist, especially one in broadcasting, who puts in the hours and smooths the rough edges of their trade, can earn comparatively better than the average media executive in nearby Uganda or Tanzania.

John-Allan Namu had perhaps hit his peak and could have taken to waiting for a paycheck at the end of the month, enjoying the comfort that comes with having someone else minding the money as you focus on churning out good content. Instead, he chose the thornier side of the road and ventured into social entrepreneurship.

In an interview with Jamlab, Namu reminisced, “Around 2010 I had come a long way in my career as a mainstream journalist and from 2013 I saw attempts from different quarters to water down journalistic independence. The interests are always there but, in my case, the interests at play were too much to stomach.” Rather than grumble in newsroom corridors, Namu mobilised his colleagues Kassim Mohammed (now with the BBC’s Africa Eye) and Mohammed Ali (now a member of parliament for Nyali constituency). The trio crafted Africa Uncensored in November 2015.

Having worked in investigative journalism for years, the founders note on their website, “we broke off to follow the stories that matter to the country and the people.” Their goal is to show Africa as it really is because they are persuaded that, “Africa’s story is often a disjointed summary of facts (and fiction) that don’t do this continent justice. Yet there is so much to say and show about Africa. We believe that the power of investigative and in-depth journalism can be used to hold up a mirror to Africa and show what it really is. We will expose wrongdoing by the powerful, and shine a light on the things that truly matter to the people of this continent.” Their editorial policy is, simply, the truth.

But that sounds like an elevator pitch and reduces the story of this outfit to a deceptively rosy tale. It has actually been quite a rollercoaster of a journey.

“What we wanted to do was focus on in-depth and investigative storytelling having built experience on the same; we wanted to do it consistently with every story we applied ourselves to, at a standard that is global,” he said, adding, “We did not think of ourselves as innovators but journalists who wanted to do things differently and better than we thought was being done.” Theirs was about creating an alternative space, and what the media scholar Nancy Fraser would as well call Subaltern Counterpublics, implying discursive arenas that develop in parallel to the official public spheres. In short, Namu, Mohammed and Ali wanted to break free from the old without necessarily rewinding the wheel but doing business differently — on their terms. Five years down the road, Namu speaks with contained pride and modesty about how much he has achieved (he, not they, because the two other founders eventually took different paths).

The award-winning journalist, who prior to co-founding Africa Uncensored was the special projects editor at the Kenya Television Network (KTN), heading a team of the country’s best television investigative journalists, shares, “We are well on the way towards that destination of creating world-class content that has a strong look and significance. I feel that we have done a lot to make ourselves an authoritative voice within the alternative space.”

Of course, that is not without hiccups. Namu shares that, “some of the naivety we had coming into this has been washed away by the mundane but important parts of the assignment. You have to create good relations with the taxman, pay salaries on time, fix the human resource system, ensure staff are happy and motivated and manage the balance in terms of content to keep it independent and strong. It’s been a hard five years trying to keep that balance.”

What keeps them going? For Namu and his team, it is the belief that what they are doing is necessary and special. There is also intrinsic as well as extrinsic motivation that is derived from the vision of a future where people will look back and appreciate their effort at crafting a beacon of excellence in journalism that arose from the need to do better and be a strong voice on content. The aspiration to be accepted as an authority at a continental level pushes the team to do more and better.

To that end, what is different about their work is the amount of time they give to a story and the entire storytelling process, the investment in creating strong and compelling content, that is factual, well-told as well as a collaborative approach to investigative journalism. The team also works as one unit with different constituent parts building into one collective success: so, the finance staff, as well as the kitchen staff, will have input on a story as valuable as that of the editor and the intern learning on the job.

“I quit a job to do this, it has to work because I have to pay fees,” Namu lightheartedly notes as an aside to the private motivation. Since 2015, the company which uses YouTube, Facebook and Twitter to promote and broadcast some of its work, has produced at least 330 video stories and 50 text stories.

Africa Uncensored is registered as a company limited by shares so that enables it to earn commercial revenue even though its overall goal is hinged on the public interest. That flexibility has also allowed them to tap into different funding baskets, including philanthropic foundations and other donor formations. Through content partnerships with broadcast media houses, they are able to sell content to mainstream media houses around the world and also produce documentary series for pay-TV channels. They also sell footage from their archives. Donor funding contributes slightly to over 50% of the company’s funding base.

Social media has been an essential part of Africa Uncensored’s story as it has cut the cost of marketing and publicising their work considerably. A mixed funding and business model that taps into opportunities for financing of public-interest journalism which helps offset some costs and a commercial outlook to journalism as a business stands out about this Kenyan outfit. For Namu, the sky is not the limit. He is reaching for infinity and he is simply unstoppable.