Journalism has changed. Education must reflect the reality

Journalism schools need to reorientate their courses to new kinds of students and adjust the curriculum for the new post-professional world of journalism, writes Franz Krüger 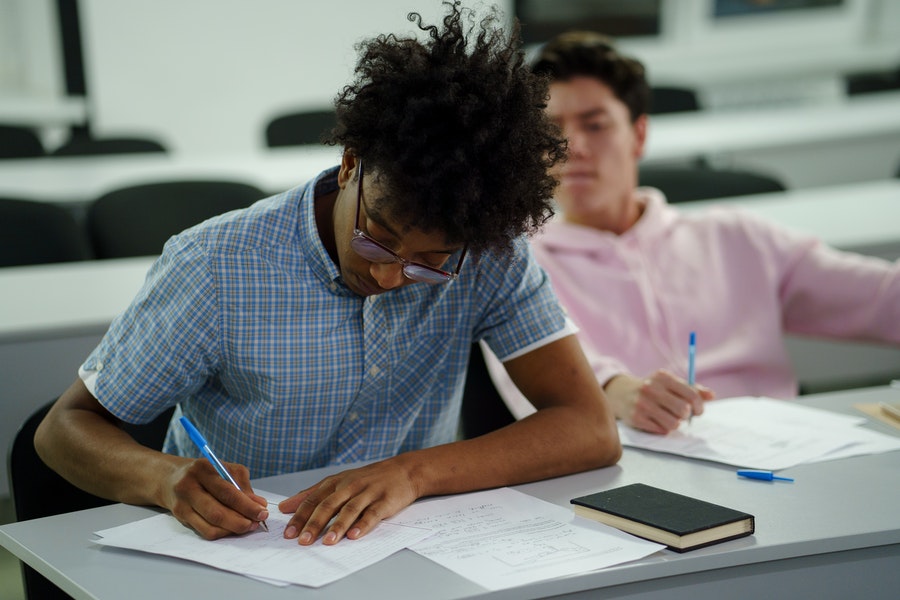 For more than a century, journalism education prepared young people for the role of full-time professionals employed by sizeable news organisations. But the advertising-based business model that sustained journalism is collapsing because of new technology, and jobs of the old kind are becoming scarce. The educational model, too, must change to accommodate the new realities.

Traditional media – particularly print – are in decline as audiences move online and revenue streams follow them to platform giants like Google and Facebook. As a result, titles have had to close and journalists have been retrenched. Sub-Saharan Africa, too, is affected by these global trends, as reflected in recent reports on South Africa, Kenya and Nigeria.

The demand for journalism graduates is shrinking, while non-professionals play an increasing role in supplying society with information. As I argue in a new paper, journalism schools need to reorientate their courses to new kinds of students and adjust the curriculum for the new post-professional world of journalism. If they do not, they risk becoming irrelevant – if they do, a host of new opportunities present themselves.

Teaching for a professional role

Historically, journalism teaching emerged just over a century ago as journalists began to claim the status of professionals. The first journalism school in the US was founded in 1908 at the University of Missouri. Since then, students have enrolled in journalism courses expecting to obtain the necessary skills and knowledge to work as full-time professionals in a newsroom.

In Africa, too, journalism and communication schools have become common.

Researcher Alan Finlay writes in the introduction of a recent mapping study:

Journalism education and training in sub-Saharan Africa is flourishing.

The study counted a total of 127 education providers in 19 countries, though he acknowledges that the exercise was limited.

But today’s journalism students are less likely to find full-time jobs as professional journalists. In the Global North, journalism has become “post-industrial, entrepreneurial and atypical”, as Dutch scholar Mark Deuze puts it.

The industrial age of journalistic media, with news produced by full-time professionals, looks like it is ending. Journalists are more likely to have to behave like entrepreneurs in the gig economy, moving from one short-term contract to the next. It is a precarious existence.

In Africa, journalism has been precarious for longer and for other reasons. Political pressures and fragile media economies mean that working for independent media is often freelance, with low and uncertain pay.

However, new opportunities emerge if journalism is thought of less as a profession, but rather as a practice. A report from the Tow Centre says:

the journalism industry is dead but … journalism exists in many places.

Journalism, in the sense of finding, sifting and sharing important information, remains of crucial importance. But it is no longer under the sole control of professional journalists. News organisations remain important but have to accept they are no longer information monopolies. Reliable information remains essential for societies to work, but it is produced by a range of people, not all of them in traditional newsrooms.

Others contribute kinds of journalism to the information ecosystem: a South African maths teacher, Sugan Naidoo, for instance, has made it his business to publish daily summaries of Covid-19 data on Twitter. There is no indication he sees himself as a journalist, but his posts are more journalistic than some stories – such as that about South Africa’s fictional decuplets last year – and some other material published by mainstream media.

The quality of the information published matters a great deal – one of the challenges of the social media world is the amount of misinformation available. The difficulty of telling rubbish from worthwhile information has bred distrust of journalism. And that is where the crisis offers journalism schools in Africa – and arguably elsewhere – an opportunity.

Young people wanting to become full-time journalists are no longer the only people who want and need to learn journalistic skills. Others include people in community media, media entrepreneurs and “accidental journalists” – people who don’t see themselves as journalists but who contribute worthwhile information. At the same time, there is a substantial need for working journalists to update their skillsets for a rapidly changing world.

As the shrinking job market in many countries discourages young people from entering the field, there are also practical reasons for identifying new types of potential students. New groups of students bring fee income from new directions into cash-strapped universities.

Journalism schools also need to think about the curriculum. There is a need for old-school skills like verification and the ability to work out what is publicly important or “newsworthy”. There is a need for new technical skills, from data journalism to podcasting and artificial intelligence.

Importantly, an expanded approach to journalism education is not just about technical skills, it must include critical thinking and self-awareness, while centering on established values of independence and public service. Journalism may emerge in all kinds of contexts, but unless it contributes value to public discussion it is simply noise. That is what sets it apart from other forms of communication.

Overall, journalism schools have obligations that go beyond producing the next generation of young journalists. They can and should consider much more broadly what they can do to sustain and improve the health of the information systems around them. In African countries, the responsibility is particularly acute as there may be few other institutions able to play such a role. Research and involvement in public discussion of media issues are just some of the ways they can contribute, and many already do so.

New opportunities and challenges will continue to emerge, and the task of reinvention will be ongoing. To remain relevant, journalism schools need to combine flexibility with a firm sense of society’s central and continuing need for reliable information.

This article is based on a paper written as a fellow of the Shorenstein Centre for Media, Politics and Public Policy at Harvard’s Kennedy School of Governance. Franz Krüger is Adjunct Professor of Journalism and Director of the Wits Radio Academy at the University of the Witwatersrand. This article is republished from The Conversation Africa under a Creative Commons license. Read the original article here.

How we teach journalism must include media ownership