The organisation seeks to build a digital platform that will supplement lacklustre revenue from their print publications. 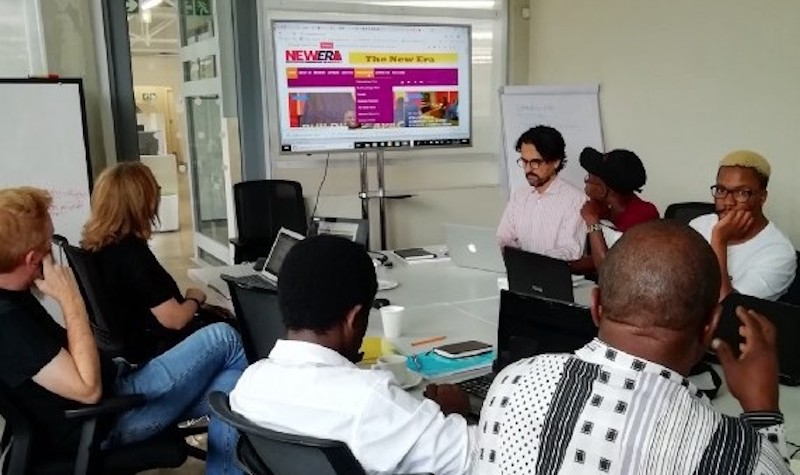 According to the Advertising Industry in South Africa 2018 the Interactive Advertising Bureau statistics show that internet advertising revenue increased from R1.3bn in 2013 to R3.95bn in 2016, largely benefiting international companies like Google and Facebook.

The New Era, based north-east of Johannesburg in Mpumalanga, is an amalgamation of eight publications struggling to make revenue, due to expensive distribution and printing costs. Khanyisa News Publisher and New Era founder Austin Moyo would like to build a sustainable digital and print publication comprised of eight local publications.

According to We Are Social’s Digital 2017 report, South Africa has about 28 million internet users and a significant number of South Africans engage in digital and social media more than any other form of medium. This means that the New Era’s content is more likely to reach its audience if it is in digital form.

Since the project began, Moyo and the rest of the publishers have built the online platform New Era. The website displays at least two trending articles from each of the eight publications every week.

Although Moyo and Ziwaphi publisher Tom Nkosi would like to get this project off the ground and build it into a functional digital publication they have been met with some obstacles that are deterring progress. Currently, one of their biggest challenges is that leaders from other publications struggle to make meetings. Often, only two people would show up on a Skype meeting. Ziwaphi is one of the print publications part of the New Era.

“For us to have a strong take-off together we should be able to keep meetings, submit content and just work together, the platform is not quite ready because of such obstacles. For us to begin to market the project and grow our audiences we have to work together,” explains Nkosi.

“We need it to be 100% set up so we can start marketing it and bring readers onto the platform, we can grow the numbers and approach advertisers because one of the imminent goals is monetising the platform. We believe the jamlab accelerator programme is helping us with this goal,” Nkosi said.

The jamlab accelerator programme has taught Nkosi and his team a lot, “When we came to the programme we had the idea that the online platform could eventually replace print advertising but during one of the sessions with the other jamlab teams, we did the numbers here it’s not even close. Its two worlds apart,” shares Nkosi.

“This is simply because online advertising cannot produce the revenue that the hard copy produces so when I go back to Mpumalanga, we will have to have our own workshop where we’ll discuss how we can effectively use the knowledge that we’ll get here. The knowledge and advice we are getting here could help us streamline the platform so that we are able to get the numbers we want to achieve and put strategies in place so that by the end of this segment we have some advertisers and publishers interested in publishing on New Era,” explains Nkosi.

The New Era is owned by the publishers themselves, and the newspapers participating in the initiative are Ziwaphi, Bushbuckridge News, Mpumalanga Press, Nkomazi Observer, Youth Voice, Delmas Chronicle, Khanyisa News and Mediatise.