This collective producing data journalism projects is faced with a conundrum. Will they sink or swim? 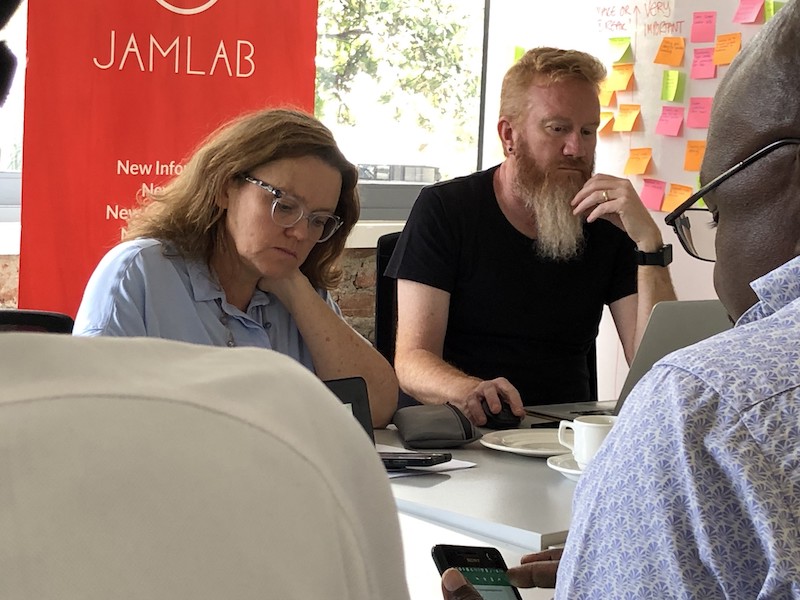 In this week’s taster to the Journalism and Media Lab (jamlab) accelerator programme team’s series, we introduce you to Media Hack Collective.

It’s called a collective because they bring in other people in, to work on the projects and combine a lot of projects, skills and journalists into something.

“We want to bring in skills from other people when we need them for certain projects. At the corner of it, we really hope we can collaborate with people with different skills. It’s not just us,” said Grant.

Under the company, the two have embarked on several projects, one outstanding one being Passmark which was nominated for a Data Journalism Award in 2018. Passmark is a data journalism project focusing on education in South Africa.

The team have also done other projects. “Alastair has done stuff about water. And we do stuff for other people. We’ve done maps and projects for NGOs,” said Grant.

So what does Media Hack Collective hope to achieve on the jamlab accelerator programme?

“We’ve had this thing going for two years. Before we came here, somebody advised me that if you want people to take you seriously, you actually need to have some portfolio, you have to do stuff. We’ve been focusing on doing stuff and it’s been quite successful,” sighs Grant.

“So we got some attention and we have some stuff to show that we can do stuff. What we really want to do now is decide where do we take it from here. We don’t just want to be two freelancers.”

At the end of the six months on the accelerator programme, they want to have made a decision on their conundrum. They have to decide whether the Collective becomes a proper non-profit company and look for funding or dive deeper into investigative reporting “that doesn’t really pay”.

“Do we go down that route or because we have allegedly these “in-demand” skills? We don’t actually have control over the projects that we do,” lamented Grant.

“It’s a difference between being a service provider and I suppose doing our own projects.”

“People have been saying you can’t survive doing just journalism. This is our attempt to make something that people would be interested in funding. There’s not a lot of people who are prepared to fund or crowdsource what we do. I want funders to give us projects and perhaps we become something like amaBhungane, that’s what I want in the end,” Grant aspires.

Grant said that she loves ProPublica in America because they use a lot of data and techy stuff and also do proper reporting. “They deep dive in issues. And they don’t let go of them. They’re not the big celebrity politics news of the day. It’s stuff that matters and they keep it going often. And they work with grassroots organisations, local newspapers,” she said.

And this is the direction she’d like to see the Collective heads onto. They want to deal with issues that are important to people by taking data and making it simple and accessible and in-turn empowering communities