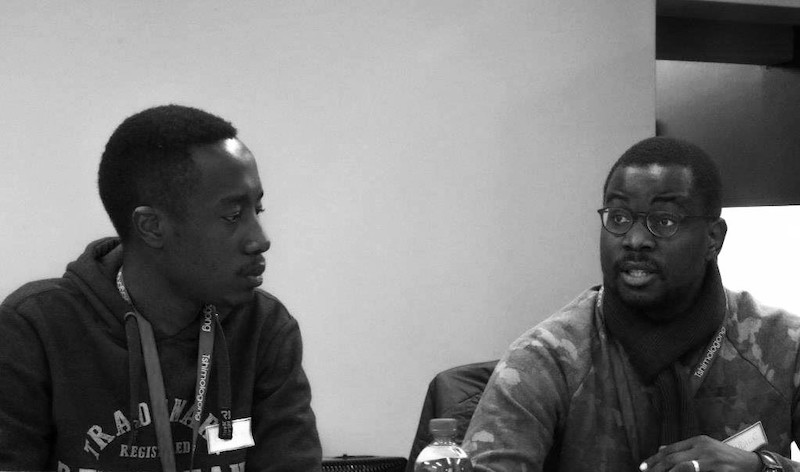 The Journalism and Media Lab (JAMLAB) accelerator kicked off last week with six teams meeting up for the first time at the Tshimologong Precinct in Braamfontein. Over the next few publications we will be introducing the teams to share more about their projects and what they hope to achieve following their completion of six months on the accelerator.

This week, we introduce you to the African Tech Round-Up team of media makers and entrepreneurs led by Andile Masuku. Africa Tech Round-Up currently produce podcasts focusing on technology, digital and innovation news and insights that matter from across the African continent.

“African Tech Round-Up is there to fill void within tech and innovation on the African continent. That void exists because you have a lot of news journalism, PR journalism and a lot of international journalism that lacks insight and is usually awash with oversimplification and misinformation,” says Masuku.

“In all those scenarios, the agenda-setting mandates are sort of flawed, faulty and sometimes totally untrustworthy… It is really important that we [Africans] start owning the narrative, start to set the agenda for what impact of what tech and innovation looks like for the African continent and we start to have insight driven conversations that will help the next generation of start-up founders.”

The podcasts can be found on various platforms including iTunes, Soundcloud and Iono.

The team’s purpose is to uplift the African continent through their work. Their innovation goal during the six month accelerator is to extend the existing podcast which has already built up audience and networks in the African tech community into video and develop a viable business strategy.

“We realised the need to harness and espouse journalistic values that we already have innately. The need for independence, the need for critical thinking and fairness, representation, inclusivity. And those are all things that exist in journalistic practice which is something that we’re interested in exploring and trying to determine what might work in our context,” says Masuku. “We are non-journalists, working in what is a quasai-journalistic environment and because we are in a fake news era, in a weaponised information age, we can’t risk being lumped with people who are misusing digital tools and platforms to push nefarious agendas.

Masuku hopes that the African Tech Round-Up podcasts will one day reach the average African.

“We don’t represent the average African. The average African can’t articulate their position on what they need, what’s necessary for them to thrive as well as we can. And they certainly do not have a voice to the rest of the world and that’s what podcasting and new media in general allows us, perhaps in a way that wasn’t possible before. And we no longer need gatekeepers or permission to do it.”