The latest State of the Newsroom report looks at jobs in the newsroom, fake news and fact-checking journalism, and highlights threats to media freedom in South Africa 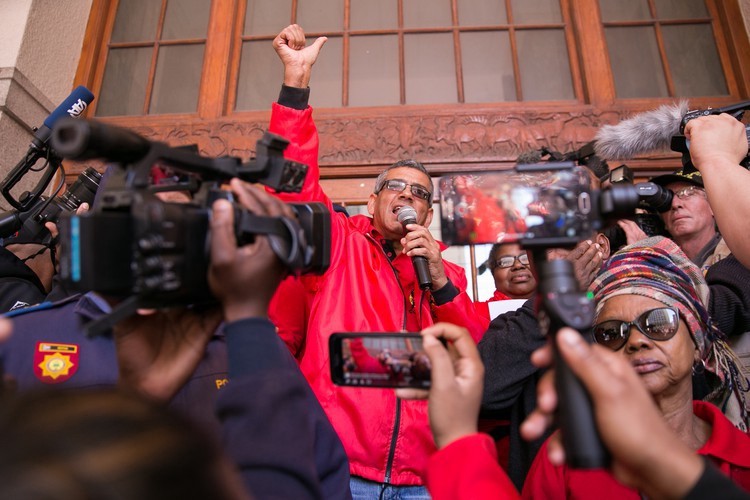 There may not be as much of fake news circulating in South Africa as we imagine, according to research done by the journalists completing the honours programme at Wits Journalism.

The highlights of their research were published in the 2017 State of the Newsroom report — an annual publication highlighting key changes and challenges affecting newsrooms in South Africa over the past year. This fourth edition is called Fakers and Makers.

Authors Irwin Manoim and Admire Mare share a few highlights from Wits Journalism post graduate research, which included the finding that at least some fake news declined over the course of 2017. It also suggested that when fake news does go viral it typically gets attention by tapping into the latent racism and sexism in this country. As the authors write: “All of the nastiest examples found by the students had a racial element, and some had an additional element of sexism.”

For the first time, the report published a newsroom survey mapping the roles, demographics and experiences in a cross section of newsrooms in the country including Media24, Independent and Mail & Guardian as well as smaller digital only titles like Daily Maverick and GroundUp. “Until now there has been no data listing the numbers of working journalists in South Africa’s newsrooms — their demographics, roles and experience levels,” explain researchers Alastair Otter and Laura Grant.

It found that young, black women journalists are more likely to find work in South African newsrooms than any other demographic. The report also confirmed that, with one or two exceptions, young, less experienced journalists are writing the news we read everyday.

Another interesting finding is that digital startups have tiny staff compliments compared to the traditional publications’ digital operations. Digital only startups like Daily Maverick, The Daily Vox and Ground-up had small editorial staffs of less than 10 people while News24 had over 200.

In its review of 2017, the report highlights several other issues that impacted on the media landscape, such as the ongoing decline in print circulation, The Times closing down, changes in ownership at ANN7 and Mail & Guardian, digital migration, the crisis at the public broadcaster, and corruption and state capture.

It also draws attention to the ongoing harassment and intimidation of journalists which it calls a “worryingly permanent feature of our media landscape”. Last year saw much of this linked to the revelations of state capture, but this was not always the case. An analysis of South African National Editors’ Forum media statements found that the safety of journalists from physical and verbal attacks by the public, restrictions placed on them by authorities while trying to work, and direct threats made on journalists all rank high on challenges to a free media in this country. Journalists face death threats, character assassination, are prevented from doing their work by police, and intimidated and chased away by crowds. In at least one instance, the death of a journalist has been blamed on a sustained and disturbing campaign of intimidation.