A combination of inspiration and desperation birthed a successful membership programme for digital-first newsroom, Daily Maverick 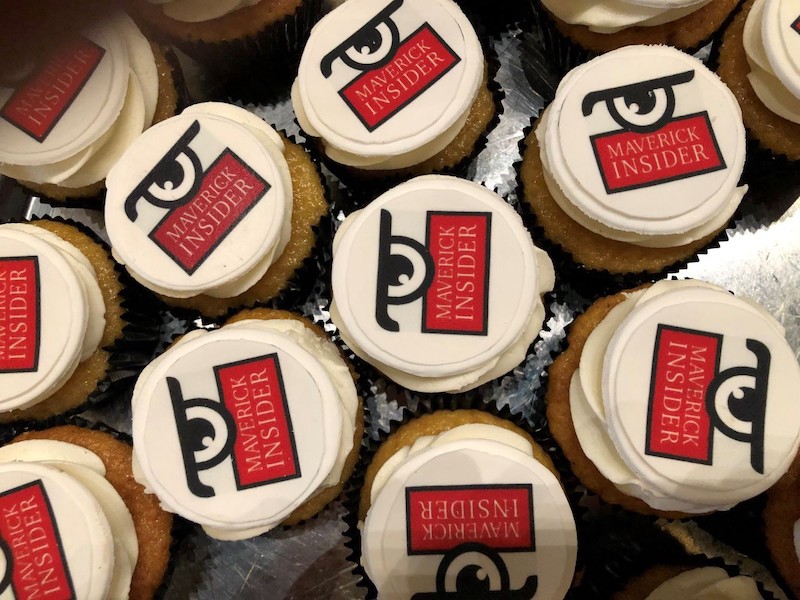 It has been a little over a year since South Africa’s digital first publication, Daily Maverick, launched a “pay-as-you-go” ad-free membership models, an alternative to the typical paywall model that many other publications use.

When Style Charalambous, chief executive of Daily Maverick, and his team launched Maverick Insider in 2018, about 200+ people signed up on that day. At the time, their goal was to grow by 500 new recurring members per month. To date, the platform has over 7000 people signed up. Some of the perks of signing up to Maverick Insider include being able to comment on articles; the option to turn ads on and off; invitations to events and exclusive newsletters.

We chatted to Charalambous about how they have made a success of growing their audience and revenue by adopting a membership model for Maverick Insider.

How did the idea of Maverick Insider come about?

In a desperate attempt for inspiration I went on the Poynter’s Media Innovation Tour to the United States where we toured some of the biggest media companies in the world like The New York Times, The Washington Post and National Geographic and it was on that trip in 2017 where I saw that the media companies who were optimistic about the future were the ones who had solved the reader revenue conundrum and were being liberated from the downward pressures of the advertising and the whole sort of “where does my future lie” that a lot of us were experiencing after a decade of massive disruptions.

From the trip I came back motivated to find out what it was that we needed to do it the space. I had come across ‘membership’ as a concept before but knew we needed to implement it in a way that made sense to us and our readers.

A combination of inspiration, desperation and just realizing that we had all the fundamentals for a good membership programme to play out.

How can an ordinary newsroom in Africa implement a membership model where they may have an existing subscription model?

Running the two is quite difficult. I think you would need to have a very specific strategy for each one. The way I look at it is subscription monetizes access to the content and membership monetizes the relationship around the content. So they can co-exist. You can monetize both if you want. You can have a subscription and then have a VVVIP membership that runs on top of that, because they are two different things. The one is a product and the other one is an experience. And so they can co-exist, although it would be quite difficult to do that. It would be tricky and raise some confusion but not it is impossible.

For people starting out, membership is not a one-size fits all thing. There are variations to a membership. Some memberships are actually paywalls in disguise but use engaged journalism techniques to involve their audience. So memberships have many constituent parts. And so you can choose to decide which ones work well for you, so whether audience engagement in your journalism in other parts of the business is what membership means to you, you could just use that. You can have a reader revenue scheme or no reader revenue scheme in your efforts and run a membership that costs nothing. So many ways to skin this cat and so it is obviously down to each individual organisation, how they are funded, what their sustainability needs are, what the size of their audience is, where they are in their life cycle and what they want to achieve with running a membership plan.

What is the difference between the content on Daily Maverick and Maverick Insider?

What we wanted to ensure was that the standard Daily Maverick offering was never put behind a paywall. And that is still the case today. Anyone, whether a member or not can access all the news, analysis, investigative pieces, the cartoons, opinions etc. A Maverick Insider member gets a behind the scenes look at what is going on behind Daily Maverick. We share a different type of content. It is more personal. It contains more background information and sometimes it is a little bit more fun than what we would publish.

So the newsletters are where we drove most of that. We will probably build some parts in the site where we can accommodate blog post, maybe some discussion forums etc., just for members.

What are some of the challenges you have experienced in running a membership model?

A lot. Mostly product, technology and payment gateway issues. Those were big problems and ones that you only realise down the line once you have made a decision to go with a particular provider or particular software package. And they are hard to unwind and walk back from once you have implemented them and so and changes require major realignment of choice of software providers and platforms. So that is been pretty much the biggest. It has gone well from day one and the uptake from members has been great. Educating the team internally on what a membership really means is an ongoing project. It is not just a revenue opportunity.

How did you choose the payment points for Maverick Insider?

It is a “you choose” model. So people can choose the model and obviously the minimum is determined by the payment gateway in terms of the minimum they will service a recurring monthly and a recurring annual contribution. There are no limits to one of donations.

What are some of the future plans for Maverick Insider?

Or main objective is to grow the membership in terms of numbers but also in terms of diversity and to get more younger members on-board. We hope for Maverick Insider to be recognized as a leading example of what is possible when a news organization embraces a membership model as part of its DNA rather than just its reader revenue or part of its revenue mix.