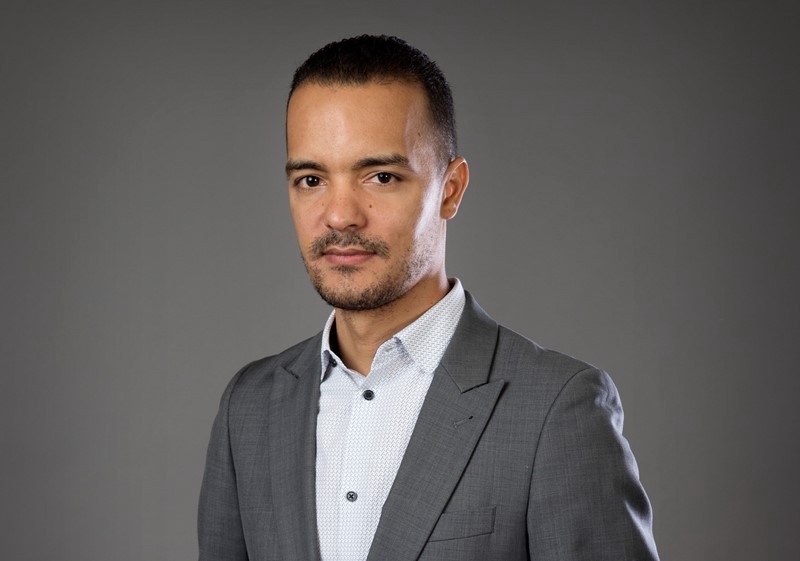 With the increasing number of people in Angola gaining access to phones and affordable internet, fake news has also become a growing problem for the news industry. Finding it difficult to find reliable news, a team of three co-founders of Manifexto, built the web-based news aggregator to combat the rise of fake news in Angola.

Launched in beta in August 2017, this startup makes its mission to be the go-to platform for reliable news sources and wants to make it easy to verify real news sources. This web-based platform is in Portuguese and has drawn close to 110,000 users already.

What inspired your idea to start a news aggregator in Angola?

I had the idea when I returned to Angola after completing my master’s degree in the US. While in the US, I had CNN’s mobile app and managed to receive notifications of breaking stories, which allowed me to always be informed of current events, without even having to search for news. Since building an operation like CNN in Angola would require major investments, I aimed at what I could actually do to emulate or stimulate the market to start moving towards this end goal. In a sense, building a news aggregator, curating, fact-checking, and disseminating news to the public was my approach to replicate what almost every news company is already doing in more developed markets, but in our case we do not have an agenda to follow, we only want to inform the public of the truth.

What are some of the impacts of fake news in Angola, any instances where your fact-checking journalism disproved fake news?

It [fake news] is now becoming a norm, individuals posting fake or inaccurate information in Facebook or WhatsApp (text and/or screenshots) and it spreads like wildfire. People share those posts and/or forward them on WhatsApp and it becomes “real”. There have been some instances where our team identifies this, sometimes organically, some other times our readers raise concerns. What we do next is disseminate the accurate article through our communication channels, which then creates a countermovement to correct it and inform the population about it. Sadly, though, these ones do not get as viral as the fake ones and we have to put even more effort to reach as many people as we can.

Manifexto publishes news from state-run, private, international and local news, how do you manage to sieve through all the stories and share only reliable trustworthy news?

Manifexto automatically gathers news from state-run, private, international and local news and includes it in the website. Yes, it is a lot of information but our team is constantly monitoring gathered data. We do not sieve through every single news article, as we only post stories on social media (WhatsApp, Facebook and Twitter) after evaluating its relevance to our public and researching its credibility, meaning that we only research on articles we believe to be of interest to our readers. This dramatically decreases the number of articles to research per day.

In addition to our team’s effort, our readers are very engaged and often times inform us of the topics being discussed in communities. With such an insight, we are able to continuously remain relevant and informative.

What processes of online fact-checking and tactics for tackling misinformation do you use?

Since we are a news aggregator, we have direct access to a huge amount of data. When we go about researching within the platform, first we check for similar stories from other sources and compare them. With the number of similar stories published, we start looking at who wrote them. Depending on the topic of the story, some sources are more reliable than others are. For example, if the government exonerates an official and the state-run media covers it, then the probability of it being true is extremely high. This alone does not ensure its credibility though, as there was an occasion where the Angola Press News Agency, by mistake, initiated the spread of a fake story, which led to several other credible sources to also write about it. This is why our second tier of “security” is to verify with our contacts.

After a year being online, we have managed to create a solid network of journalists and influencers, whom we usually seek advice from on specific news articles. Depending on the feedback from them, we then have to make an executive decision: is it worth to disseminate or not? Due to the impact, some stories might have, often times we prefer not to take chances and wait for more information/confirmations, disseminating only when we are 100% sure of its credibility.

To what do you attribute the success of Manifexto?

We are a bootstrap startup without a marketing budget, and we are now close to 110,000 users and we are excited about it, because of all the effort we have put forth to accomplish this. We feel even prouder because we believe this success has a lot to do with the fact that we put the public’s best interest above everything else. When we disseminate an article, the main reason behind it is to maintain the population informed of what is happening. We avoid sensationalism at all costs and care deeply about our reputation.

Nowadays, the public already knows that once Manifexto spreads the word, it is because it really is the truth. We are already feeling the responsibility and do not want to let our readers down, so I believe we will maintain this approach for the time being.

We are very humbled and surprised by the impact Manifexto had in its first year and we are very thankful for its success surpassing our initial expectations. However, we are nowhere near, where we want to be as there is still a lot to do for us to consider that we have really impacted or changed the media landscape in Angola. Now, we are working on developing a platform within Manifexto that will allow Angolan journalists and influencers to write their own stories and be paid for it. We want to move past aggregation by creating a democratic environment that allows journalists to write their own stories, which will have to go through strict “anti-fake news” and quality controls, thus elevating media quality, sustainability, and more importantly diversify the topics and themes covered by the media and allow unheard stories to get into the spotlight.

In addition, we are collaborating with the biggest Angolan record label to develop a national communication campaign to educate the population on how to identify, the do’s and don’ts and the dangers associated with the dissemination of fake news. We believe this campaign has the right ingredients to create the kind of impact necessary to start creating awareness of the dangers of fake news and misinformation among the population, as well as indirectly affecting the media landscape in Angola.

What do you hope to achieve with Manifexto? What is the long-term vision for this platform?

Our mission is to empower African societies through information. We want Manifexto to be the tool that enables regular people to democratically access information and allow them to make educated decisions regarding their communities, cities, or nations. By doing so, we hope, Africans will be able to fulfil their citizenship right to be actively involved in their country’s political and socio-economic decisions.