Many Liberians get their news through radios and newspapers, but FrontPage Africa revolutionised digital media in the west African country 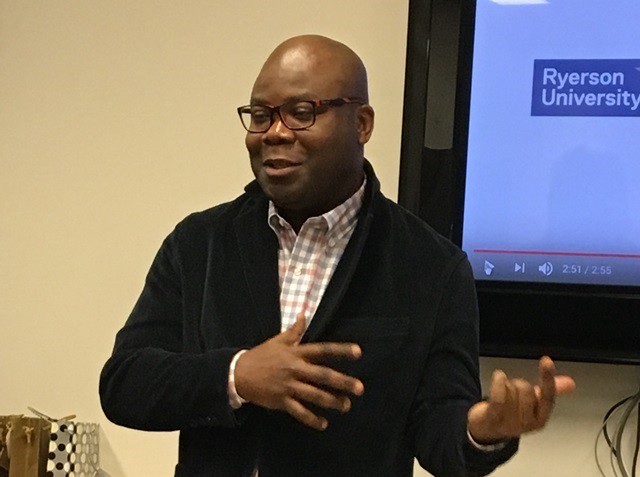 Veteran Liberian journalist Rodney D. Sieh, with more than two decades of experience, is the publisher and editor-in-chief of one of Liberia’s most widely read independent print and digital publication, FrontPage Africa. The online publication was started in 2005, followed by the launch of the print edition four years later. The publication’s success is partly owed to its business model as its advertising revenue from the website funds the print version of FrontPage Africa.

However, it hasn’t been smooth sailing for the publication and Sieh. In 2013, Sieh was jailed and the publication was shutdown for having failed to pay a libel verdict of $US 1.5 million that was won by former minister of agriculture Chris Toe. Sieh wrote an op-ed from jail , originally published in The New York Times, detailing that experience. Today, FrontPage Africa continues to draw in more audiences and report independently in Liberia.

What were/are the resources that were needed to start FrontPage Africa?

I started FrontPage Africa with one laptop, it was a Dell, from my one-room apartment in Parsippany, New Jersey. I had a single correspondent in Monrovia at the time. Because it was only online at the time we did not need a lot of resources to get started. It was not until I quit my job at the newspaper I worked for at the time and decided to return to my homeland that the challenges began. I took a loan from the bank to purchase the first set of printing materials and equipment before making the transition from online to print.

Were there any failures along the way? What were these failures?

There were a lot of initial failures along the way. Logistical issues which included building capacity of journalists as a result of the civil war was the first major challenge. Secondly, the two color Heidelberg printing machine we purchased was a major headache because we could not find any one who could operate the machine.

Looking at this is website and taking into account that you’re a journalist, how much of technical knowledge did you have when you started it?

Very little. My cousin, Wulwyn Porte provided the technical support including the creation of the website and the maintenance.

What skills did you have to acquire to be able to run a successful online publication?

I started journalism early, first as a newspaper vendor when I was in elementary school. After the civil war I worked as a reporter for the Monrovia Daily News. I left Liberia in 1990 to join my uncle Kenneth Best who had started the Daily Observer newspaper in The Gambia. There, I began to work as a correspondent for the BBC. When Yahya Jammeh seized power on July 22nd 1994 I scored the first interview with the new coup leaders but soon after dictatorship began to creep in and I was forced into hiding before fleeing to London and then the US.

How do you make your money? And do you have a vision of how you will sustain this model?

Most of our funds are generated from online advertising and ads in the print edition. It’s difficult especially on a nation where the government is the biggest advertisers and we are their harshest critics.

What models should media organisations be looking to implement as more publications are placing a lot of focus on their digital offerings?

I think podcasting and more visual output would be the way to go. That’s the direction we are moving into although held back by difficult financial and political challenges.

How big are online publications in Liberia? How do people get their news?

Most people get their news through radios and newspapers. Our paper revolutionized the online digital media and remains today the leader in both print and online.

What advice could you give to other journalist/media practitioners on the African continent who’d want to create something similar to FrontPage Africa?

Persistence, perseverance, and strive for integrity. I feel it is first important to believe in the work you are doing and everyone must have the vision and competitive drive to push to the highest limit. I think a lot if not most of us have a tendency to be complacent with what we are. But it is only if we push beyond our wildest imagination and defy the political conventions of the powers that be in most countries on the continent where leaders are afraid to hear truth being spoken to them.

I had the passion to create something special. I believed in it and it happened. It wasn’t easy and I’ve paid the price — with two imprisonments, a sentence that drew international condemnation. It is important to first have the passion, the will and the drive to succeed. The rest will take care of itself.