At The Daily Vox, young journalists are telling stories from the voices mainstream media have long neglected 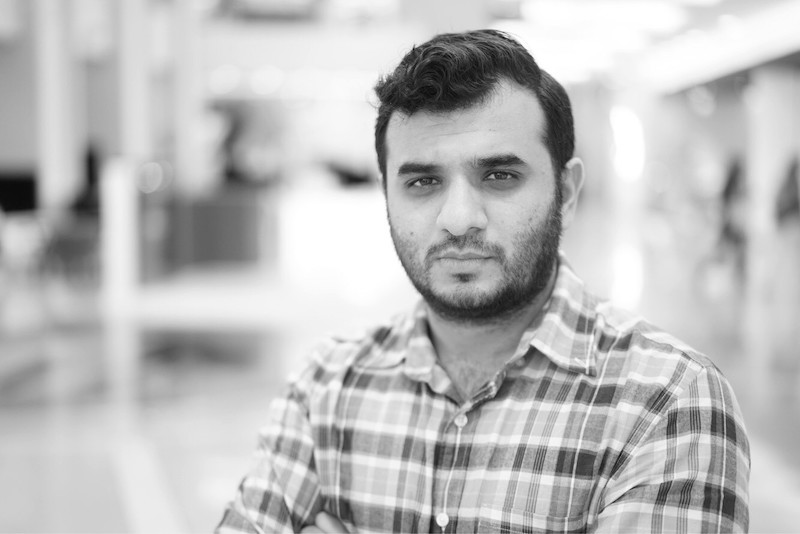 Co-founder Azad Essa established The Daily Vox during the 2014 South African general elections. Nearly three years later, the online publication boasts a following of over 42,000 across its web and social platforms.

Why did you start Daily Vox?

Khadija Patel and I started The Daily Vox in 2014 to address the lack of diversity in South African media. We drew from our experiences as reporters that young people were not as represented in the mediascape, as they really ought to be. We saw a huge gap between the media and what young people were thinking and feeling even if we were pretty sure that there was a lot for us to learn ourselves. It was pretty obvious to us that if you ignored 40% of the population, it was unlikely you’d ever get the story right. And if you don’t get the story right — you risk irrelevance. So we decided to give it a shot.

What were/are the resources that were needed to start Daily Vox?

Khadija and I started The Daily Vox with a bag full of ideas and R20,000.

Usually the first idea might not be the great idea. Is the original idea for The Daily Vox what it is today? If it has changed, what necessitated the change?

The idea started off with South Africa Votes, in which we profiled the aspirations of young South Africans, ahead of the election in 2014. It was meant to explore what young South Africans wanted and needed and we recruited young journalists to help us tell it. The success of the project led to the creation of The Daily Vox, because we saw there was a space for a different, more energetic, more rooted type of journalism. The Daily Vox has evolved since, but we are still pushing the same buttons.

Were there any failures along the way? What were these failures?

Yes, many failures. I will name two: 1) We have failed to be as innovative as we had hoped to be. While our story-telling may be perceived as more innovative than others, it is nowhere near where we need it to be. This means we haven’t utilized technology to its fullest potential, neither have we been able to use the multiple platforms available to reach different and new audiences.

2) I also think we are still too focused on Jozi and Cape Town in our daily reportage. The story of South Africa is very much on the side streets and in the smaller town and villages. So, we have not been able to tell the story of young people living in rural areas or outside the city and that sucks.

Looking at this is website and taking into account that you’re a journalist, how much of technical knowledge did you have when you started it?

It truly takes a village to make something happen. We called upon many friends and well-wishers for favours to assist with the design, tech aspects and setting up of the site. One definitely needs some tech knowledge but if you can get enough people to rally around an idea, you can pretty much do anything together.

What skills did you have to acquire to be able to run a successful online publication?

This is a tough one. We know we have made a splash, but we are also well aware that we could easily shut down tomorrow, because keeping such an operation afloat on such a small budget is tough. The system is not built for rabble rousers. So we have worked hard, tried to be patient, put trust in ourselves as a team, looked to find the right people to join the family, and have tried to take it one day at a time. This way, we have control over our voice and our message.

Is The Daily Vox a for-profit media publication? How do you make your money? And do you have a vision of how you will sustain this model?

When we started off The Daily Vox, we thought we would make it non-profit because while making money is always nice, it was not our priority. But the paperwork for NPO’s was so complicated and time-consuming that we decided to just form a company and get cracking with the work. Even that took months to sort out. Right now we make money through advertising, but mostly through content partnerships with NGOs, UN agencies and the like. We also do project based work and try to secure funding or grants to help us pull through. We are still developing our economic model.

What models should media organisations be looking to implement as more publications are placing a lot of focus on their digital offerings?

I am not the right person to offer advice on monetisation given that The Daily Vox is not exactly dancing in cash. But if you want to know what I think regarding models, then I would say that we need to rethink the way the media has looked to make money through advertising or alignment with big brands. I think the future is certainly a matter of diversifying products and services. With the amalgamation of government and large corporations, journalism is certainly being watered down and it is all about hits, clicks and it becomes a silly consumable like any other. Video’s with 5 million views but with 1 second engagement time is how we measure success these days. But if we want serious journalism, then the public need to get involved and help pay for it. Else we will all end up wrapping text around ads.

What have you learned about changing the media landscape in South Africa?

The media landscape has certainly changed over the past three or four years. There appears to be a lot more diversity in coverage, also with the mushrooming of smaller publications online. But I think journalism in our country is still lacking some imagination in handling some of the bigger, more pertinent questions of our time. If a Marikana-type tragedy happened again, journalists would still marginalize the voices of the miners or the powerless; they continue to do so when it comes to covering the student protests or the daily service delivery protests. I am not convinced that our media have been able to break the shackles of class in their daily reporting; there is an anti-poor vibe that makes much of our media extremely elitist and out of touch.

How and what is the idea behind training untrained journalists and getting them to report?

I did not study journalism, neither did Khadija. We learned through reading, writing, crying over unpublished material, and through the kind editors who decided to give our work a chance. So our policy is that someone wants to be a journalist, and is willing to work and make it happen, then they are most welcome to the party. We reckon that it is passion and enthusiasm that trumps all education or prior knowledge. Given our experience of finding it hard to find work, we wanted The Daily Vox to be a platform that not only tells stories of our youth, but ensures that is youth themselves who tell it. We also wanted to intercept young journalists before they are spoiled by the grind of the mainstream. And we hope they take the spirit with them whereever they go.

What advice could you give to other journalist/media practitioners on the African continent who’d want to create something similar to The Daily Vox?

I think it’s important to decide early on about the ambitions of the project. Is it about making money, or setting the agenda and holding power to account? Of course, you can do a bit of everything, but one should at least pin down your priorities and be honest about your intentions. We have been pretty solid on our priorities and the rest, well, we’ve just made it up as we’ve gone along.