Innovation Challenge brings out the best in South Africa 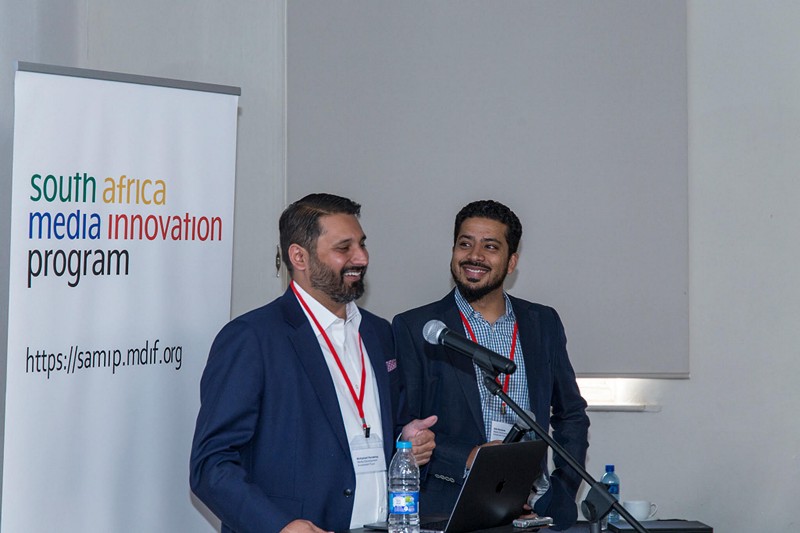 More than 200 organisations, teams and individuals submitted their ideas, projects and businesses to the South Africa Media Innovation Program’s (SAMIP) inaugural Innovation Challenge. The challenge sought to find the most innovative and transformative media startups, non-profits and companies in the country that would get a cut of R3 million.

SAMIP’s first activation was launched at the same time the program was inaugurated at the end of August this year, at an event headlined by representatives from Media Development Investment Fund (MDIF), the Open Society Foundation (OSF) and Omidyar Network.

Entries came in from all corners of South Africa, with more than 40% of the submissions from Gauteng — in and around the City of Johannesburg. There were a number of entries from the townships in Gauteng too including Alexandra, Soweto, Orange Farm, Sebokeng, Randfontein and Tembisa.

The Western Cape and KwaZulu-Natal were where 31% (combined) of the submissions are based, but the rest of the provinces were also represented in the pool of entries.

There was a skew towards urban areas: 84% of the submissions came from addresses in cities, suburbs and townships with only 16% from small towns and rural areas. Despite the stark divide there was a resounding number of entries that aimed at finding solutions to reaching rural areas and empowering them through media.

More than a quarter (26%) of the entries were from non-governmental organisations, 24% were from new ventures and 50% were from private organisations. The submissions included entries from established media houses but most were from new non-profits, startups and young companies eager to make their mark in the South African media landscape.

The winners of the innovation challenge will be the first group of participants that the program will be working with in its three-year run.

General entry into the program is expected to open again early in the new year. For more information, visit http://samip.mdif.org and join the mailing list.