How Nigerian and Kenyan storytellers are amplifying authentic African voices

On African soft power, representation of marginalised groups and the power of African languages 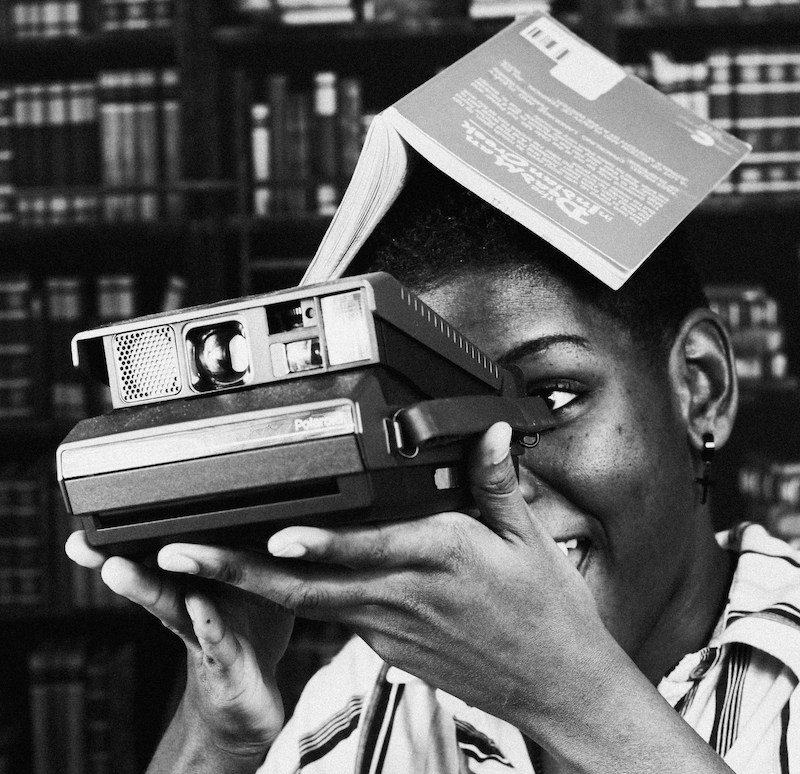 For years the global media have painted a grim picture of Africa while overlooking the many positives emanating from this continent, thus creating a “single story”, celebrated Nigerian author, Chimamanda Ngozi Adichie once said. The phrase “single story” describes the greatly simplistic and occasionally incorrect perceptions which people form about ‘other individuals, groups, or countries’.

During a discussion on reclaiming African narratives, storytellers were encouraged to re-write the African narrative by curating stories or ideas that challenge overused clichés about the continent. “We as people, we as individuals, we as Africans have to challenge the negative stereotypes and build a better picture,” said Dr Nkiru Balonwu, founder of the Africa Soft Power Project, while speaking during the discussion .

The virtual discussion, hosted by Jamlab and the Civic Tech Innovation Network, was the second of a two part conversation on ‘Reclaiming African narratives through storytelling: Making it Happen’. For this discussion, organisers invited the “do’ ers” to share their experiences and learnings, their practical insights as African narrative builders, and what can be done to propel African stories. The discussion also interrogated the speaker’s models and innovations.

Africans need to create their own stories

“The world is largely driven by storytelling and narratives, our perception of nations, regions, cultures are rooted in the story we are told. Every power play, movement, ideology is defined by stories, and narratives are the bedrock of perceptions and perception drives action,” said Balonwu. The organisation she founded, the Africa Soft Power Project is a movement that focuses on transforming Africa’s trajectory by creating a positive African narrative, building global solidarity between Africans, and championing the inclusion of African voices in global discourse. Balonwu noted that the global media along with African media tends to amplify the problems that the continent faces, “everything about Africa is always about hunger”.

Balonwu said, “we as Africans need to challenge the negative stereotypes and build a better picture”. She explained that every individual African should take responsibility for changing the African narrative by communicating the continent’s achievements and inspire the next African generation around the world. Balonwu encourages Africans to use the internet to optimize their own stories adding that, “we are passionate about using soft power to transform the trajectory of the continent and to include African voices in global discourse”. Soft Power Project is designed to amplify expressions of African success whilst simultaneously trying to deactivate traditional stereotypes. Balonwu says it is important to focus on creative and cultural industries as they are the fastest way of changing the African narrative.

Orubo, who leads the newsroom at Zikoko, an online publication that amplifies African youth culture by curating and creating smart and joyful content for young Africans and the world, said, “We tell stories that matter by making every voice be heard”, adding that there is a limited view in how Africans tell their own stories.

At Zikoko, the journalists write a variety of stories, ranging from topics about sex, youth and the LGBTQIA + community, and the experiences of being queer in Nigeria.

The Editor-in-Chief said it is important for people to see themselves represented in media and film, “as it saves lives”. Orubo said since the digital publication added stories about the LGBTQIA+ community in Nigeria, he received messages from queer people who expressed gratitude to the community’s representation in Zikoko. Storytelling builds empathy and allows people to see beyond their realities. “Reclaiming our narrative is allowing people to speak, allowing every single person have their voice heard, that is what Zikoko is fundamentally about,” said Orubo.

The power of language

In Kenya, Nyabola, created the Kiswahili language project which aims to have technological terminology easily accessible or understandable in KiSwahili.“A lot of the technology we use is built-in in English speaking countries as many of us are experiencing technology in translation especially from a rights perspective when a lot of the things we advocate for.” Adding that. “the words just don’t exist in the language for example words like surveillance, Kiswahili doesn’t have a word for surveillance”. Nyabola explained that it is important for people to understand what it means and the context in which these words are being used. “We are creating these words, and we’ve worked with leading scholars in Kenya, and Tanzania,” said Nyabola. The language project also includes a language prize, designed and aimed at popularising and promoting “vocabulary for technology and digital rights, in order to empower citizens in Kiswahili-speaking communities to participate in broader conversations on the issues.”

The Nyabola Prize for Science Fiction is an initiative of the Mabati-Cornell Kiswahili Prize, open to young people aged between 18 and 35, writing science and speculative fiction in Swahili.

“I think that it is very easy to underestimate the reach that language can have,” said Nyabola. Adding that Africans are ready to have ideas exist in their languages.

Orubo said that there is an idea that if something hasn’t been done or created in Africa, it is better, and also there is a challenge with people being seen. “There are a lot of people doing amazing work but can people see it and that’s where funding comes in, you have great content but it’s just in your tiny corner of the world because you don’t have money to push it,” said Orubo. Adding that “people need money to be seen and everyone putting money where their mouth is and allowing people who are doing the work to be heard.”

Balonwu said funding is not an issue, it may become an issue but “it shouldn’t be an issue to starting something because if you do great work the money will follow”.

At the Soft Power Project, Balonwu said, “We are going with or without the funding, we want to tell the story, we want to amplify African voices.”

Orubo said at Zikiko, funding is necessary to pay salaries but also to grow their audience, “there are so many barriers that we need to go past and money sadly no matter how good the work is, money is going to help us push those barriers”.

Where to begin when monetising your platform

“You have to have a clear vision of what it is that you want to do and why, because there are going to be many moments in a cycle where things aren’t going to make sense to anyone except you,” said Nyabola. “You have to be so clear in what your work is, what is my contribution to this space that I am interested in.”

“Money can be a distraction in the sense that we are told that we have to be profitable in one year,” said Nyabola, adding that there are so many tech companies that haven’t made money but someone believes that it will make money at some point.

However, Nyabola said that investors need to fund African initiatives or ideas, but as an African innovator, “look at the bottom line but don’t be obsessed with it”. Nyabola encourages innovators to talk to people who are smarter than them, seek out experts, reach out to people who are passionate, and work with people who understand why these things matter and take a big dream and break it down.

Nyabola encourages African innovators to “Make a plan, work the plan and you will be fine”.