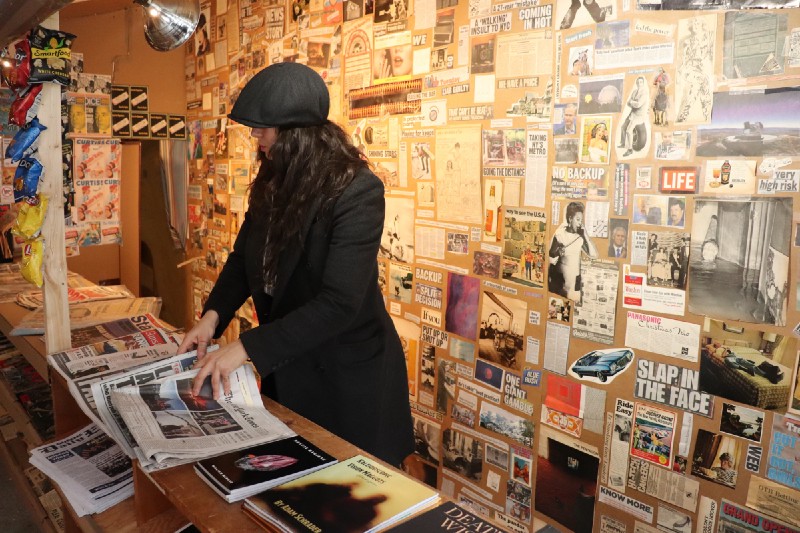 Rassd was a media production company that operated between 2012 and 2013, it provided coverage of political events in Egypt, through videos, photographs, news stories, short message services(SMSs), and provided training materials on media literacy and advanced training for professionals. But how did a Facebook account produce journalistic content that was widely distributed? In her thesis, titled When a Facebook Page Becomes an Actual Newsroom, What Can Journalists Learn? Noha Atef, a postdoctoral media researcher interrogated how Rassd became the primary contributor of Egyptian revolution-related news.

The Arab Spring was a series of anti-government protests, pro-democracy protests, uprisings and rebellions that began in 2010 and spread across parts of the Middle East. During this time, citizens were documenting events and providing alternative narratives to the mainstream media. Against the backdrop of these protests and uprisings, Rassd, which was run by a group of young people, encouraged Egyptians to upload videos, photographs and any other material that captured violations or forgery that was happening in the lead-up to the parliamentary elections planned for October 2010.

“For many events, the Rassd Facebook group achieved news immediacy, even outperforming mainstream media on some occasions,” said Atef.

Keeping the lights on

The co-founders at Rassd covered the 2011 protests and operated a hotline for updates from protesters and contributors. Even during the internet blackout, the group managed to keep their Facebook page updated by using landlines to communicate with members of the team that were based abroad. Rassd did not want to lose their biggest advantage which was immediacy, however “they sacrificed the verification of news to maintain their updates in real-time”.

The group worked with major news outlets such as Al Jazeera which provided the Rassd team with cellphones to stay in contact with the news organisation. By February 2011, Rassd had 50 reporters across Egypt and the team continued to grow by renting out an office space and registering Rassd as a company.

“The Facebook group had the ambition to become a news network, which would combine the characteristics of a traditional media service alongside the use of social media tools,” said Atef. The group had a learning centre, which provided free workshops that taught people how to make content – these centered audiences from different parts of Egypt who were seen as potential contributors.

The institutionalisation of citizen media

When Rassd first started, it relied on the information given to them by citizens, however, over time the organisation hired more journalists with traditional journalism training – Rassd became a blend of citizen journalism and traditional journalistic practices. For example, it had a structural hierarchal structure for management but for content management, Rassd did not have written editorial policies, it only had generic news values.

According to the editor-in-chief of the newsroom, “the shift managers ran news stories according to their personal assessment of whether they maintained these values or not”. Rassd’s “managers paid more attention to structure and managerial development than to editorial development,” said Atef.

What can the media learn from Rassd

Rassd used social media platforms to build an audience and continued to use the platform to build a network of contributors which meant that Rassd had a competitive edge with mainstream media because they consistently had content that was produced and distributed at a faster rate.