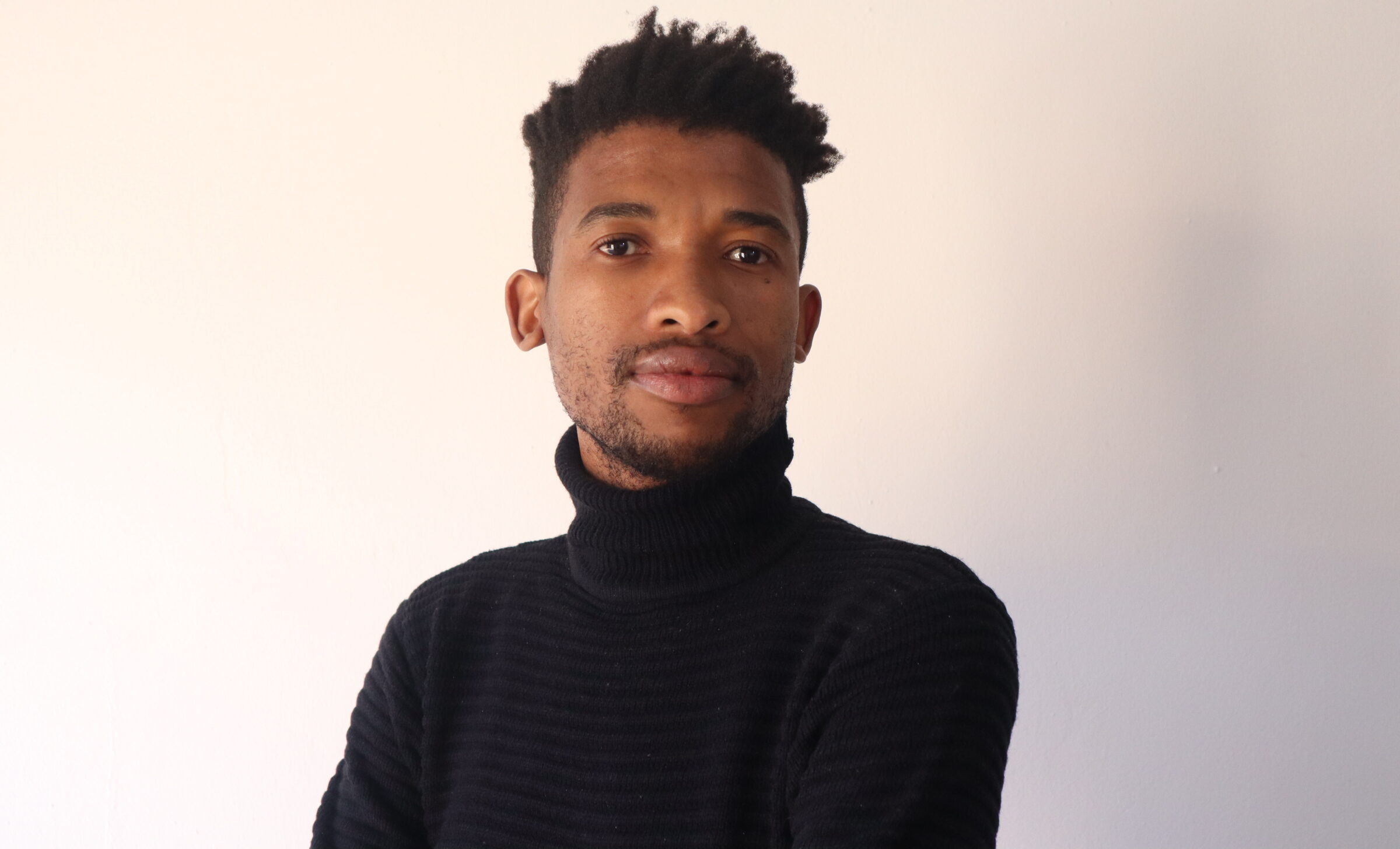 We sat down with Mzamo Mncibi, an avid reader, a lover of art, galleries and culture and a master’s candidate for development policy and practice at the Nelson Mandela School of Governance, UCT.

Mncibi is the host of Goodnight Azania, a podcast that invites experts to discuss South Africa’s history, culture, and society, to piece together a recognisable image of the processes that have led to the social, political, and economic landscape of present-day South Africa.

“I got into podcasting through a friend, nine years ago,” said Mzamo Mncibi, podcast host of Goodnight Azania.  “I really liked the fact that you could choose whatever you wanted to listen to rather than have it chosen for you,” said Mzamo, who hails from Durban.

Mzamo said after Rhodes Must Fall, he became interested in finding a podcast that spoke about the history of South Africa but he said that he struggled to find one and was inspired to start his own. Rhodes Must Fall was a protest movement that began on 9 March 2015, originally directed against a statue at the University of Cape Town that commemorates Cecil Rhodes but later became a wider movement to “decolonise” education across South Africa.

History can be quite complex and difficult to understand because of its many layers to it. How do you present history in a way that people can engage with the content, in an understandable way?

The layering of history, in my view, is what makes it fun and interesting because it reveals so much about our present experiences. I think from what I’ve learned through studying history on my own is, there’s so little that is unique about our contemporary experiences. I mean, so much of what we go through today has happened in the past and because it has happened, we can learn so much from it. I suppose given the fact that I’m expositing academic research on an audio-based platform, it can be jarring. Whenever I read, I always have a thesaurus next to me, to break down the academic jargon to ensure that the content is accessible to the general public.

In terms of history, what kind of perspective are you telling it from because history can be told from different sides? And also what periods of history are you talking about?

I start from pre-history before even humanity came into existence. In the first episode, I interviewed a geologist, who was instrumental in getting us to understand the geological evolution of the landscape, which is important as it helps us understand the time-depth of the terrain we live in. We know about Homo Naledi, which is a species that predates all of us. They predate our politics, our modern economy and that is an important starting point because it enables us to really appreciate the richness of our heritage. In terms of the point of view of the narratives, I invite scholars to come on the podcast to ensure that there is a critical point of view.

Your podcast not only discusses history but also culture?

I have done oral traditions with a couple of researchers such as Russell Kaschula and Mbongiseni Buthelezi and I’m still looking to do more. I think of that as a kind of cultural sort of viewpoint which is historicised because I look at those traditions and try to trace them to the present in terms of the different shifts and transformations that have happened to the traditions, caused by the people who hold those traditions dear to their hearts.

What does culture mean to you?

I’ve heard people using the word culture before, but I had never really thought about what it means to me because as a member of the LGBT community, we always hear people saying being queer is un-African and, so, there are people who can be defined as existing outside of a specific cultural reality. Popular views of culture to me aren’t always convincing. I think cultures are those practices or lifeways that are affirming to whoever practices them, and they feel comfortable enough in practising those to transfer them to their next generations.

Your podcast is called, Goodnight Azania, what inspired that name?

Podcasting is a form of storytelling. I wanted to create an environment where you have been told a story and it’s about to be bedtime, you see. But because I’m not telling a story to one person, I’m telling it to whoever is interested in hearing the story, on our subcontinent, the word Azania seemed appropriate. Azania is a word that has been appropriated in politics and it has come up in my life in different variations. I thought it would be relatable, that it would be easy to identify the kind of themes that I’m dealing with in the podcast.

Why is it important for Africans to tell their own stories?

It is important because it allows for us Africans to get to know one another first. There are all these borders that divide us which were the result of the scramble for Africa. We know more about the Americans than we do about Namibians who are our immediate neighbours. When people tell their own stories and they put them online, then we have access to them, not only do we have access to them as Africans, but the rest of the world has access to them. Telling our own stories is a form of taking charge of the public discourse around Africanness and that’s why it’s important.