In the much more technologically advanced world, artificial intelligence is already playing a key role in supporting storytelling 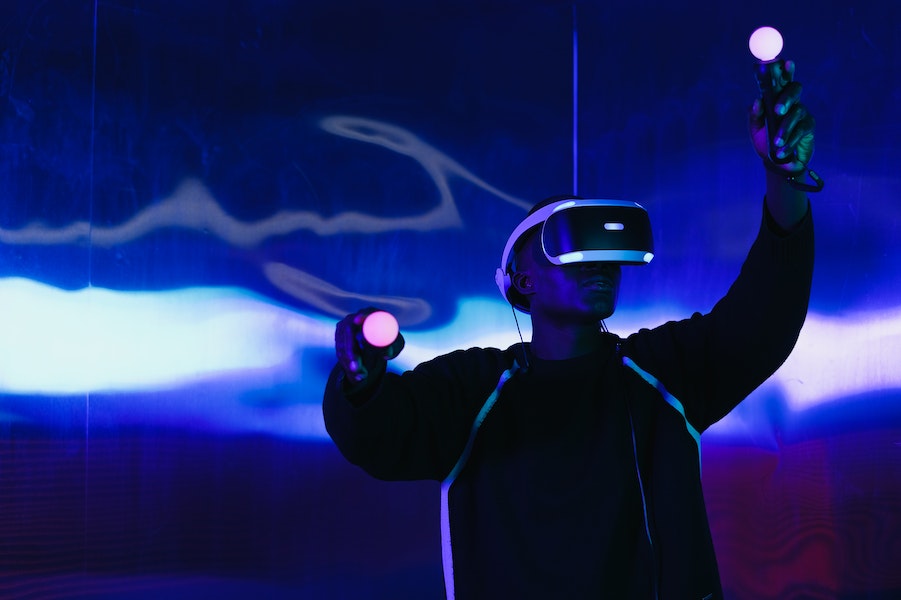 While doing research for a story on illegal timber trade in West Africa a few years ago, Ivorian journalist Selay Marius Kouassi realised that some of the traditional information-gathering methods that he had used for most of his decades-long career were no longer sufficient to furnish him with the details he needed to complete his article.

Kouassi then ventured into searching for information using new technologies and media tools available to journalists, such as open source intelligence (OSINT), user-generated content on social media platforms, and artificial intelligence (AI). Indeed, owing to the results of his research, Kouassi got so fascinated by the new technologies, including AI, that he decided to study the subject deeper while pursuing his Ph.D. Today, Kouassi has made AI in journalism a key plank of his lecture sessions at the University of Abdijan, where he’s working to introduce the resource to his students from the moment they step into his class.

“You can’t address some of the difficult issues in storytelling with only traditional journalism methods,” he said in an interview. “If you use only traditional journalism, for sure you are going to miss a big part of the story because things are changing. Right now, smugglers are inventing new ways to try and avoid the authorities, so we have to think about how to use AI to ease our work and to cover as much as possible all the wrongs in our community.”

Discussions around AI were prominent at two recent conferences that brought together journalists from around Africa. At the 18th African Investigative Journalism Conference (#AIJC2022), held from October 30 to November 2, Professor Charlie Beckett of the London School of Economics (LSE), delivered a keynote speech on artificial intelligence for newsrooms. And during the Journalism and Media Festival, held from October 13 to November 2, there were two sessions centered around AI. The first focused on exploring news stories inside the metaverse, while the second was on how HumAngle, a Nigeria-based journalism outfit, partnered with the Center for Collaborative Investigative Journalism (CCIJ) to develop immersive metaverse content out of their story on the devastating impacts of the increased desertification levels in Nigeria.

At the AIJC2022 session, Prof Beckett, who is a director of LSE’s think tank Polis, where he leads a journalism and AI project, said while AI performs “very repetitive, predictive data-driven tasks at great speed and at great scale,” it cannot operate independently of journalists. He explained that what really matters is what journalists can do with AI tools.

“AI in journalism is really important because of that characteristic that it is very diverse, you can use it in so many different ways. It is diverse, in a sense, like the journalism that we practice. And because of that, we have to think differently about it [since] AI impacts all stages of journalism,” he explained, adding, “Yes, it does replace some of the work that journalists do, but I have never heard where a robot, so-called, somehow replaced somebody’s job.”

Prof Beckett emphasised that AI is only likely to play a complementary role in the work of journalists, which calls on journalists to understand how to make the most of the tools while taking into consideration the commercial capacities of the different organisations, language needs and ethical considerations. He also noted that the use of AI in news production and distribution processes will call for journalists to use their ingenuity in even more demanding ways to serve their audiences better.

“The more AI there is in your life, the more the human element becomes important,” he said. “When you look at Bloomberg, for instance, they have a lot of AI-generated data, but the human element of their journalism is shifting towards more human interest stories, more analysis, etc. This is down to editorial decision-making, of course, but you can see the direction they are taking.”

In the much more technologically advanced world, AI is already playing a key role in supporting storytelling in the ways that Prof Beckett described during his AIJC session. Resources such as Global Forest Watch, an open-source web application to monitor global forests in near real-time; Flight Radar, a global flight tracking service offering real-time information about thousands of aircraft around the world; and many others, have become useful tools for journalists to access information hitherto unavailable to them.

At present, it is difficult to gauge the extent of the adoption of AI in African newsrooms, but a soon-to-be-released report on the issue by International Media Support (IMS), a non-profit media development organisation working to support local media in countries affected by armed conflict, human insecurity and political transition, should provide interesting insights.

Co-authored by Peter Mwangangi Kioko, a senior journalist reporter at BBC and student, at Aga Khan University’s Graduate School of Media and Communications; Prof Nancy Booker, Dr Njoki Chege, and researcher Paul Kimweli, the 19-page study report cites the Nation Media Group, East and Central Africa’s largest multimedia conglomerate, for instance, as having adopted the use of AI in two ways, albeit with mixed results.

“Nation Media Group (NMG) uses its website’s interactive bot named Nation Kiki (NMG, 2018) to engage followers through automated alerts and conversations. However, Kiki is no longer in use. The organisation has also experimented with Augmented Reality (AR) – a prominent type of technology closely related to AI, which happened during the live unveiling of its new Nation.Africa platform. Beyond these two instances, it is unclear whether there is any more use of AI and AR in the media organisation or other newsrooms in Kenya,” says the report.

In South Africa, according to Jere Hokkanen’s review of a 2021 report titled, “Artificial Intelligence Practices in Everyday News Production: The Case of South Africa’s Mainstream Newsrooms,” the overall adoption of AI in South Africa has been slow, with only the biggest media organisations including it to an extent. The interviewees were generally pessimistic about AI, with some viewing it as “Western practices” that have no place in African journalism.

“The reasons for the pessimism were four: first, there was a belief that there were not enough skills among the journalists in South Africa to understand the new technological processes. Second, the newsrooms lacked the financial resources to implement AI-driven newsmaking. Third, many were concerned about the ethical dilemmas surrounding AI journalism. Fourth, many respondents felt that AI-driven practices did not contribute to the media’s Fourth Estate role in democracy, notes Hokkanen in his review of the study by Allen Munoriyarwa, Sarah Chiumbu and Gilbert Motsaathebe.

Despite the lacklustre approach to adopting AI, and the scepticism surrounding its use within established African media organisations, there are journalism start-ups on the continent that have either embraced the technology or made it the backbone of their very existence.

In Tanzania, Ona Stories has made augmented reality (AR) and virtual reality (VR) key cogs of its storytelling templates, while the work of HumAngle in Nigeria which has been earlier referenced in this article has shown what’s possible in terms of telling African stories using AI tools. 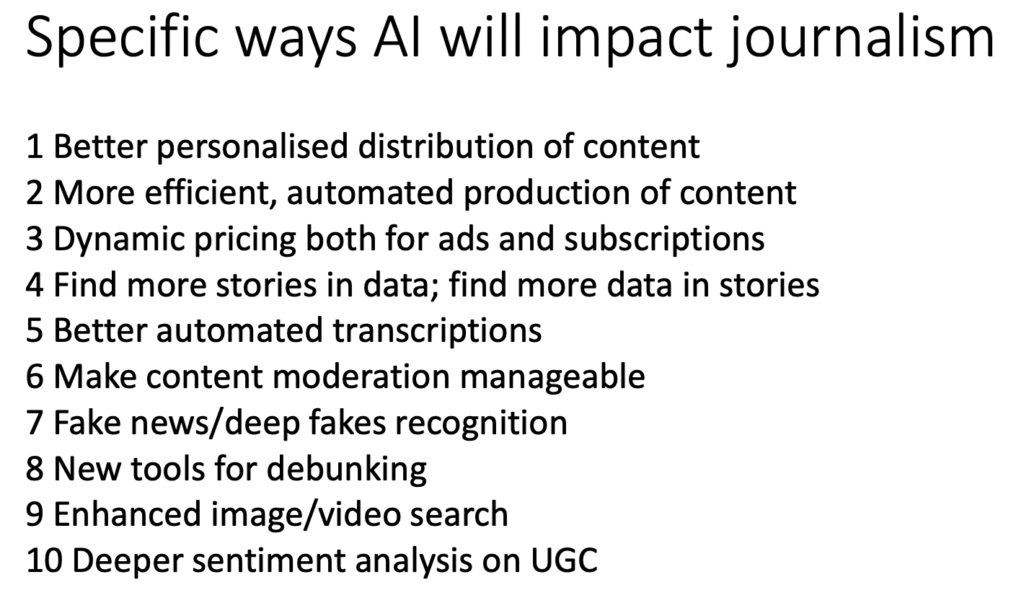 Want to delve deeper into AI in Journalism? Consider registering for the Journalism AI Festival 2022, taking place virtually from December 7-8, 2022.

The metaverse: the opportunities it offers journalism

How to implement AI in your newsroom – a must-read starter pack!

AI cannot replace journalism, but it can enhance it