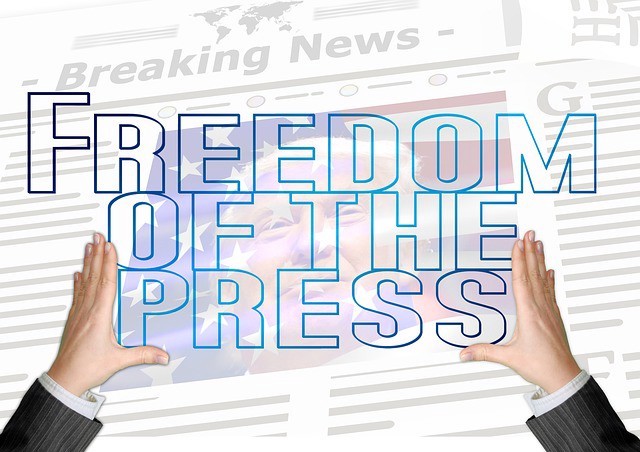 For the World Press Freedom Day which was on the 3rd of May 2019, the global leader in journalism education and fact-checking Poynter has published a list of organisations you can support as they fight for press freedom and the safety of journalists.

Many organisations around the world including Poynter actively work hard to protect journalists around the world and provide them with the education and tools to keep going. These organisations provide journalists in different press freedom situations with tips and tricks to disseminate information despite censorship, internet blackouts and dictatorial crackdowns and resources to deal with trauma. Many of these issues are daily issues African journalists deal with on a daily basis.

Article 19 — “Article 19 is a British human rights organization with a specific mandate and focus on the defense and promotion of freedom of expression and freedom of information worldwide. The organization takes its name from Article 19 of the Universal Declaration of Human Rights.” In Africa, Article 19 works in Eastern Africa, Senegal and Western Africa.

BBC Media Action Plan — “BBC Media Action is the BBC’s international development charity. We believe in the power of media and communication to help reduce poverty and support people in understanding their rights.” In Africa, they work in: Ethiopia, Kenya, Liberia, Nigeria, Sierra Leone, Somalia, South Sudan, Tanzania and Zambia.

Center for International Media Development — “The Center for International Media Assistance (CIMA) is dedicated to improving U.S. efforts to promote independent media in developing countries around the world. CIMA organizes itself under four intertwined areas that are crucial to outcomes in media development: effectiveness, sustainability, innovation and funding.” In Africa CIMA works in about 50 countries.

DW Akademie — “We help press councils, professional associations and media organizations clearly represent, and safeguard, their interests when talking to political decision-makers. DW Akademie works in 50 countries around the world.” In Africa, they work in many countries in all the regions, they advise traditional media, community radio stations and bloggers in 18 sub-Saharan African countries.

Freedom House — “Freedom House is an independent watchdog organization dedicated to the expansion of freedom and democracy around the world. We analyze the challenges to freedom, advocate for greater political rights and civil liberties, and support frontline activists to defend human rights and promote democratic change.” In Africa, Freedom House works in sub-Saharan Africa and North Africa.

IFEX — “The IFEX network of organizations is connected by a shared commitment to defend and promote freedom of expression as a fundamental human right. IFEX advocates for the free expression rights of all, including media workers, citizen journalists, activists, artists, scholars.” In Africa, IFEX works in most African countries.

Institute for War and Peace Reporting — “IWPR supports local reporters, citizen journalists and civil society activists in three dozen countries in conflict, crisis and transition around the world. We contribute to peace and good governance by strengthening the ability of media and civil society to speak out.” In Africa, the Institute for War and Peace Reporting works in the Democratic Republic of Congo, Kenya, Malawi, Mauritania, Nigeria, Rwanda, Sierra Leone, Sudan & South Sudan, Uganda and Zimbabwe.

International Center for Journalists — “Working at the nexus of journalism and technology, ICFJ builds the expertise and storytelling skills of reporters worldwide. We foster news innovation, build strong networks of investigative reporters, and run exchange programs to deepen understanding.” In Africa, the International Center for Journalists works in sub-Saharan Africa and North Africa.

International News Safety Institute — “INSI is a member-based organization dedicated to journalists’ safety. We offer the world’s leading news organizations a vital forum for networking and information sharing via our membership portal, alerts and advisories, workshops, regional meetings and webinar discussions.” In Africa, the International News Safety Institute works in many countries in each region.

Internews — “Internews, an international nonprofit organization, empowers people worldwide with the trustworthy, high-quality news and information they need to make informed decisions, participate in their communities, and hold power to account.” In Africa, Internews works in Sub-Saharan Africa.

IREX — “We promote vibrant information and media systems so people can make informed decisions, hold those in power accountable, and take actions to improve their lives. We work with information consumers and producers to ensure that people can engage with high-quality content through multiple channels — and freely act upon information that affects them.”In Africa, IREX works in 49 countries in Sub-Saharan Africa.

Media Development Investment Fund — “MDIF provides affordable financing and technical assistance to independent news and information businesses in challenging environments, helping them to become financially sustainable. We invest in media that provide the news, information and debate that people need to build free, thriving societies.” In Africa, MDIF works in many countries including South Africa and Zimbabwe.

Panos Network — “Globally and within nations, Panos works with media and other information actors to enable developing countries to shape and communicate their own development agendas through informed public debate.” In Africa, the Panos Network works in Southern Africa and West Africa.

If you would like to know more about the organisations and how you can support them, visit their websites and find out how you can add to their work.

The full article: Poynter supports world press freedom. Here’s how you can, too is available here