#DIYAfrica: The future of civic tech and journalism innovation 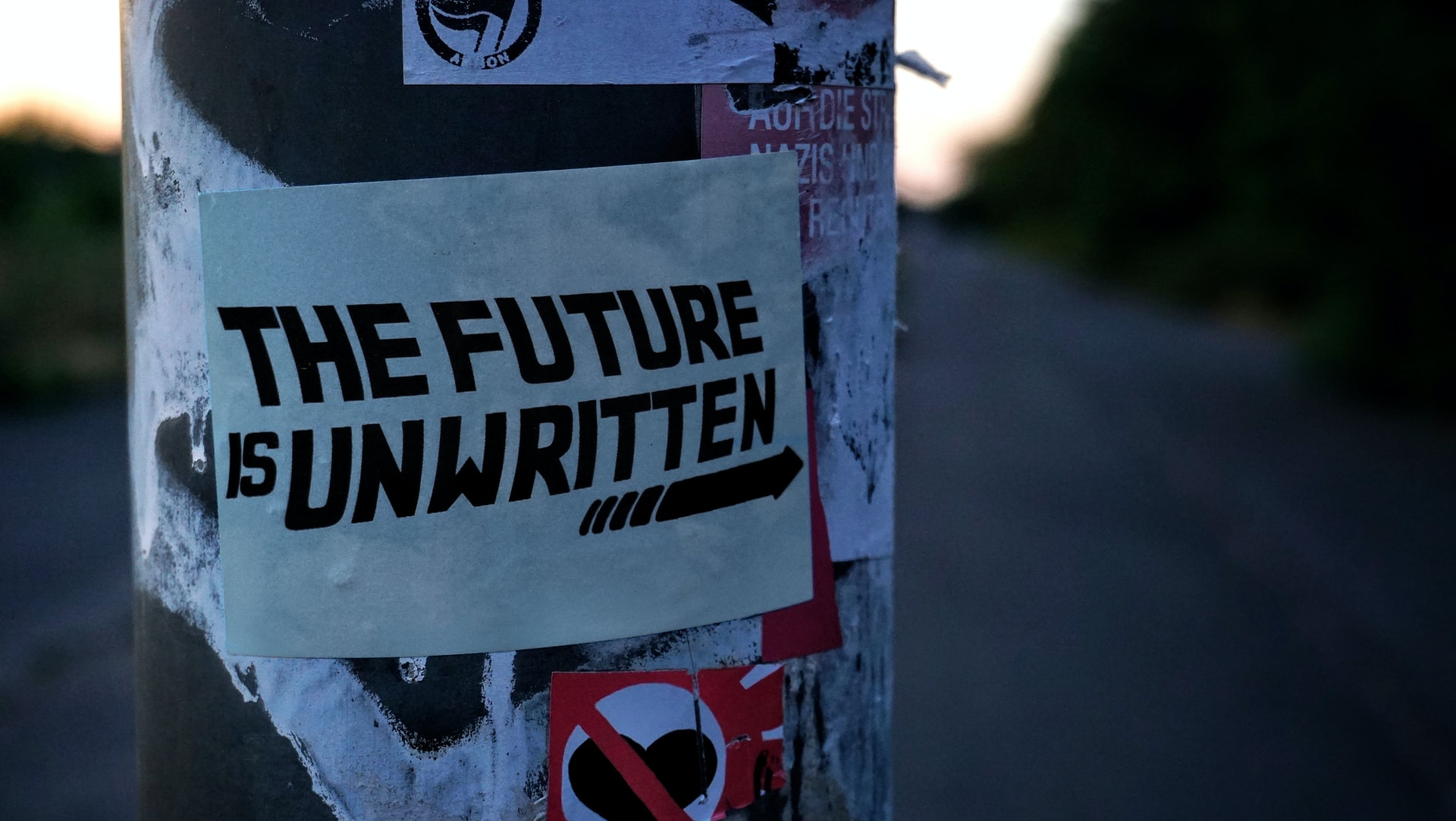 Political elites who undermine democracy, repress civil liberties and prevent public participation in the offline and online space, will negatively impact the future of civic tech and journalism innovation in Africa. This sentiment was expressed during the closing plenary of Jamfest Africa 2021, which was held from 13-17 September. The speakers for the closing plenary included journalist Hopewell Chin’ono and Oluseun Onigbinde, director and co-Founder, BudgIT.

The control of media in Zimbabwe

“Africa is better than what it was 10 to 15 years ago in terms of media but we are still lagging behind,” said Chin’ono.  He used his country, Zimbabwe as a case study to show the lack of progress in media innovation and the control of media freedoms. Chin’ono said that the colonial governments set up state broadcasting institutions and state newspapers in order to control the flow of information. Chin’ono said that these state newspapers and institutions are still being used by the Zimbabwean government to ensure that “the narrative remains that of the ruling elite, which is the ZANU-PF and opposing voices are not given a platform”.

However, he said that it has been difficult to control the media due to social media platforms, which allow journalists to tell their stories. “Social media is a very powerful tool,” said Chin’ono, as Twitter allowed him to tell the public about how Covid-19 funds were being looted by government officials and resulted in a government official being fired. Chin’ono said that even though social media allows journalists to continually share their stories and frequently communicate with people online, some African governments have been limiting the use of social media by shutting down the internet. He said that the Zimbabwean government has drafted a cyber security and data protection bill that will restrict the use of social media, the internet and communication networks. Chin’ono noted that media controlled by the governments makes it difficult to curtail corruption.

“The civic space is shrinking due to the current challenges facing democracy”, said Onigbinde. He said for example in Nigeria twitter was blocked and he noted that more instances similar to what happened in Nigeria will continue as governments will create or enact laws that will tamper with the civic space. “The future of civic tech is linked to the protection of democracy,” said Onigbinde, adding that “the abuse of power is an existential issue for liberal societies”. He said people need to innovate around these restrictions such as shutdowns. Onigbinde highlighted the critical elements of civic technology that need to be considered. Firstly, it needs to be human-centred, secondly, it needs to be within the framework of digitalisation and thirdly, it should be solution-orientated.

Onigbinde explained that there is a need for technology to be human-centred and that people think that technology needs to be specialised but it should be simplified in order to meet the needs of a community. He said that at BudgIT, they had to go into communities and reach the grassroots level in order to engage and create real change. In 2014, the civic tech organisation created a platform, Tracka, which tracks service delivery in local communities, which is their most successful product because it addresses an issue of many Nigerians.

Onigbinde emphasised that a civic tech organisation needs to “innovate around solving issues that are contextually relevant to the communities”. He also said that with the growth of digital platforms which have allowed for the public to hold their governments accountable, it is necessary for civic technology organisations to build technology that is relevant in the digital space. Onigbinde said it is important for civic tech to be solution-orientated, as the problems that face Africa, differ from country to country. “If there is an opportunity, we will have to merge civic tech and government tech,” he said. Onigbinde said that the private sector is ahead of the government in terms of tech solutions for example at BudgIT they have influenced the Nigerian government to adopt a simplified budget. “Civic tech in Africa will be more influential in trying to transform governments,” he said.

“We’re facing an unprecedented decline of the civic space and we need more work to innovate around that and we will need to build more technology,” said Onigbinde.

Chin’ono said one of the ways that Zimbabweans have reacted towards shutdowns is by having VPNs on their devices which allows them to keep connected and have access to the internet.  He noted that “governments don’t understand that human rights do not only apply to the civic space but also the economic space”. Chin’ono explained that when there are shutdowns companies are unable to function, which can result in these companies, withdrawing or closing their companies in these countries. Chin’ono said that it was important for Africans to innovate and create their own technology as a response to these restrictive laws and shutdowns and not rely on the technology from the West.

“It is important for Africans to invest in their own institutions,” said Chin’ono, this quote perfectly summarises the aim of #DIYAfrica, the need for Africans to create and innovate their own products which can help with the development and advancement of the continent.  He emphasised that “citizens need to take control of platforms.” 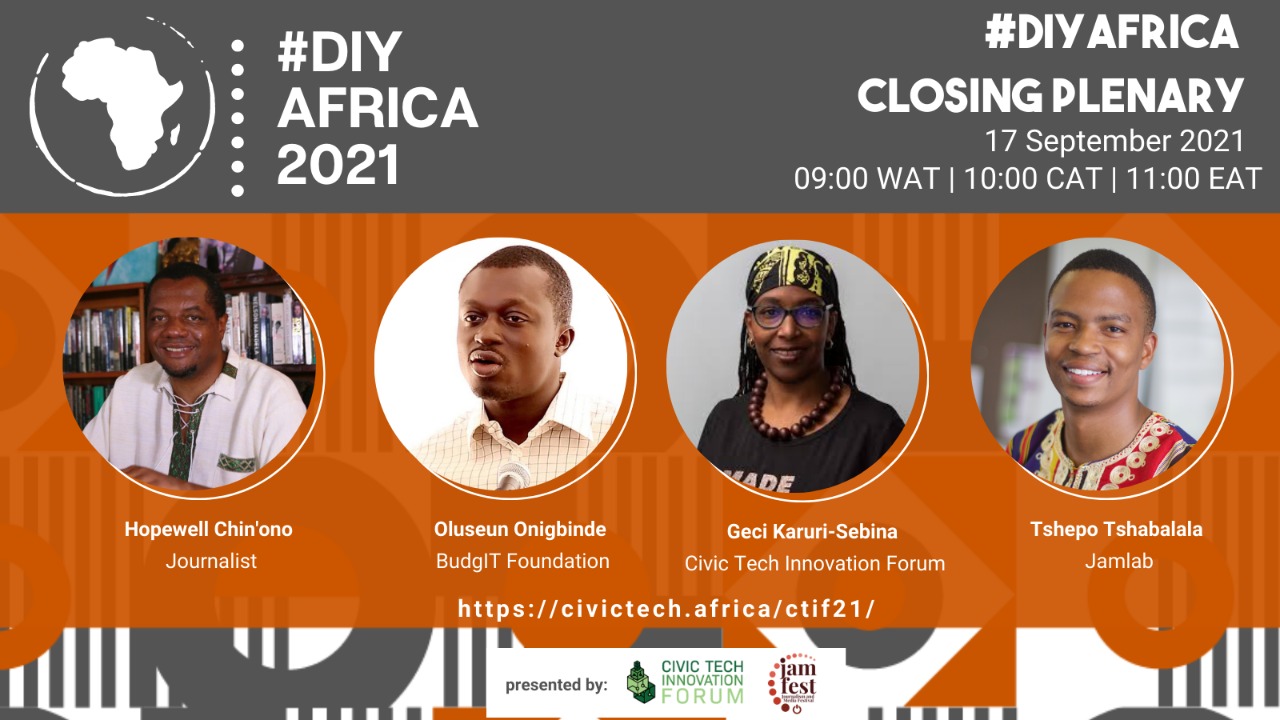