Digital News Report 2020: Mis- and disinformation — a thorn for media in Africa

Mis-, disinformation, misleading information from politicians and climate change are the leading concerns for media consumers in Kenya and South Africa 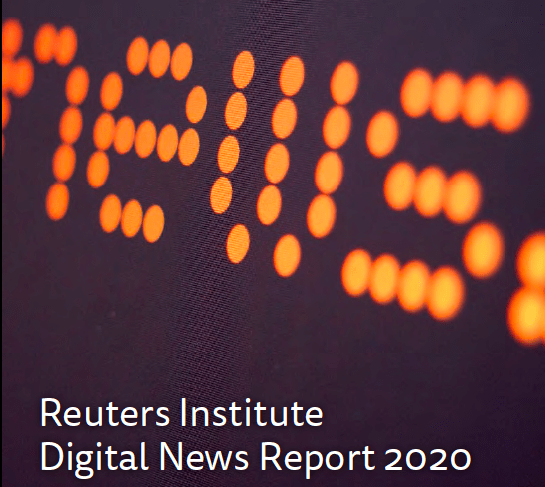 The recently released Digital News Report 2020, by the Reuters Institute includes early insights on the effect of the covid-19 pandemic on news media and the changes taking place in digital news. According to the findings, print is down in most countries, while the slight rise in digital subscriptions and continued trust in media raises a bit of hope.

The findings in this report are largely based on surveys done before and during the pandemic across 40 countries. South Africa and Kenya are the only two African countries surveyed in this report. It is the first time Kenya is included.

This sixth annual report sheds light on the future of business of news, the changing news consumption, mis- and disinformation, changing business models, and trust in news. The findings of this report are done through online polling and focuses on countries with high internet penetration and which are broadly democratic. Therefore survey samples for Kenya, South Africa and other developing countries are largely based around urban areas where in South Africa it is just over half at 55%. Internet penetration in Kenya is at 87% and, the sample only included those aged between 18–54.

– The impact of the coronavirus has seen a surge in demand for television news and online sources, while respondents stated that television was their main source of news.

– Almost 69% of the respondents think climate change is a serious problem, with a significant minority in America, Sweden and Australia disputing this.

– The news email newsletter has seen a resurgence as a primary medium of accessing news for one in five Americans, with a slightly lower rate of adoption from European countries.

Here are some of the most interesting findings for Kenyan and South African media:

When it comes to news, over 56% of the respondents across all markets, have concerns about what is real and fake on the internet. The report states that these concerns are mostly in the global south in countries like South Africa (72%), Kenya (76%) and Brazil (84%), “where social media use is high and traditional institutions are often weaker.”

Respondents see social media as the biggest source of concern about misinformation, ahead of news sites, messaging apps and search engines. The most concerning platform for false news and misinformation in Kenya is Facebook (29%), WhatsApp (25%), Twitter (7%) and YouTube (4%). In South Africa, 30% of the respondents were concerned about mis-information and false news on Facebook and 23% on WhatsApp. South Africa, alongside America, Brazil and the Philippines reported one of the highest concerns about false or misleading information from politicians.

In both countries, the numbers show that audiences rely and consume news via television and online for news through their smartphone devices rather than desktops. According to the report, over 69% of the respondents use smartphones for news weekly, encouraging the growth of shorter video content via third-party platforms as well as podcasts.

“Those who use smartphones as a main device for news are significantly more likely to access news via social networks.”

The usage of smartphones is high in Kenya (83%) and South Africa (82%), where fixed-line internet tends to be less prevalent.

The report suggests that 50% of audiences have relatively high levels of trust in Kenyan media, most of the time. The least trusted news medium in Kenya are tabloid newspapers, while the country’s public broadcaster, KBC is trusted less. About 74% of the surveyed population get their news from television, while 90% from online platforms. KTN News is the most trusted news organisation in Kenya.

In South Africa, when it comes to trust in news, News24 continues to be most trusted source of news, while the Daily Sun is the least trusted. The report states that despite the country having a strong reputation for independence, political and business interferences remain a concern.

“In Africa too, many countries are already severely affected by the consequences of climate change.”

Around 90% of respondents in Kenya, South Africa and Chile view climate change as very or extremely serious. In Kenya, that number is 90%, while in South African it is 87%.

Other interesting findings from the report include:

– TopBuzz, an artificial intelligence (AI) driven aggregator that often surfaced low quality news is becoming popular in countries in the global south including Kenya, while it sees a decline in uptake in the America’s and Europe.

– Over 93% of Kenyan respondents access video news online weekly, while in South Africa that number is at 81%.

The report states “the next 12 months will be critical in shaping the future of the news industry.” The immediate outlook may be a little uncertain, but news media should go into the next period with a clearer view and understanding about the value of their product.