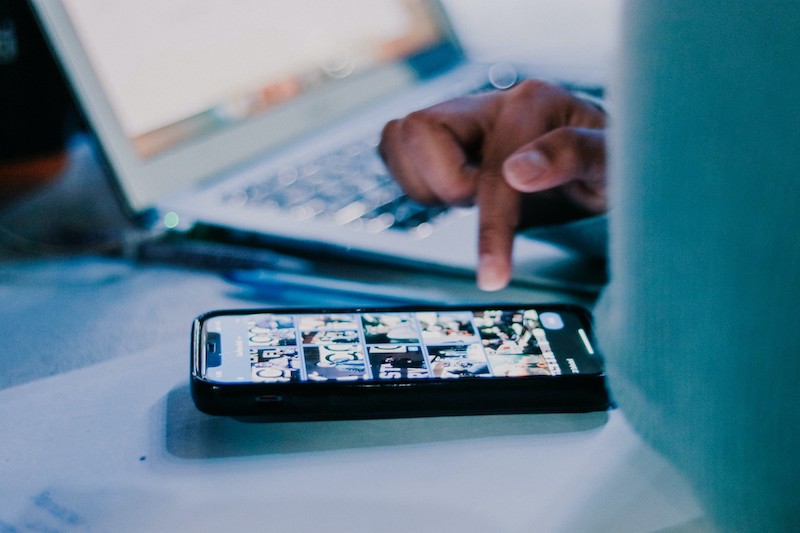 Asha Mwilu, the founder of Debunk Media, knows it was ambitious to start a media business in the middle of the pandemic. “I know it does look very scary that these young people decided to launch something very new right in the year where everyone paused their plans.“ Yet, this business and its purposes have been a long time in the making.

Mwilu has around a decade of experience in public media and found herself feeling frustrated and yearning for work that was more politically and creatively independent. “I was a young reporter in the newsroom then and looking at these things happening then sort of lit a fire in me and made me think that perhaps media can be explored in a bit of a different way.”

Thanks to a lot of planning and some philanthropic grants along the way, Mwilu started Debunk launched in July as a realisation of those dreams. “What we’re seeking to do is to reintroduce news, current affairs and public interest content to younger audiences online driven by social media,” she says.

Producer Patrick Gatua agrees that there was a need for new voices. “It was time that the media landscape in our county and especially in Africa changed,” he says. Debunk is trying to fill that void, especially with its use of data journalism. “We can decipher the data for you not just throw the numbers at you.”

Debunk is putting out a mix of narrative videos, explanatory journalism and podcasts to name a few. “We’re at the intersection of new media, data and storytelling,” Mwilu says. They are decidedly trying to be cool and “make news important for people again in a way that doesn’t depress them”. She says they are appealing to young audiences, while still ground themselves in traditional media ethics and principles, especially in a changing media landscape.

Mwilu says they are also being different by taking stories seriously that are often skimmed over or not given the attention they deserve elsewhere and backing it up with good data. For instance, she says that while many media houses in the country were using the term ‘flattening the curve’ during the Covid-19 pandemic, few took the time to illustrate the data clearly as Debunk did. “The media houses themselves are using this term every single night in their news bulletin and nobody thought to visualise what that curve looks like.“

Another focus of the organisation is not just to cater to millennials, but to hear from them. “Just including young people’s opinions in the news, we noticed was something that was missing,” Mwilu says. The main time she was seeing younger sources was if they were in the role of a victim. Debunk’s podcast Unfiltered does this by combining the voices of young Kenyans with those of experts. It covers important topics such as the rise of teen pregnancy and child abuse in the country.

So far the team has been happy with the response, especially that the vast majority of the audience, especially for videos, is in their intended target market of 24 to 35-year-olds. Mwilu calls this “a confirmation that we were thinking rightly about the audience and that this audience needed this kind of content.”

Mwilu’s advice to others considering a similar start-up is “first and foremost you’re not too small to start.” She says she was often asked if she was rich to have started a company, but that those with a small idea that adds value to the media echo system can do well. “Somewhere along the way, many journalists have forgotten what the audience wants.” She says that if one is willing to really listen to the audience and adapt well, success will follow.

Now that the initial audience is starting to become established, Debunk wants to grow the brand. Mwilu hopes to expand their coverage and reach beyond Kenya, and perhaps move into other platforms beyond social media. She says the vision is to be the home of explanatory journalism, different storytelling, and audiovisual content for young African audiences.