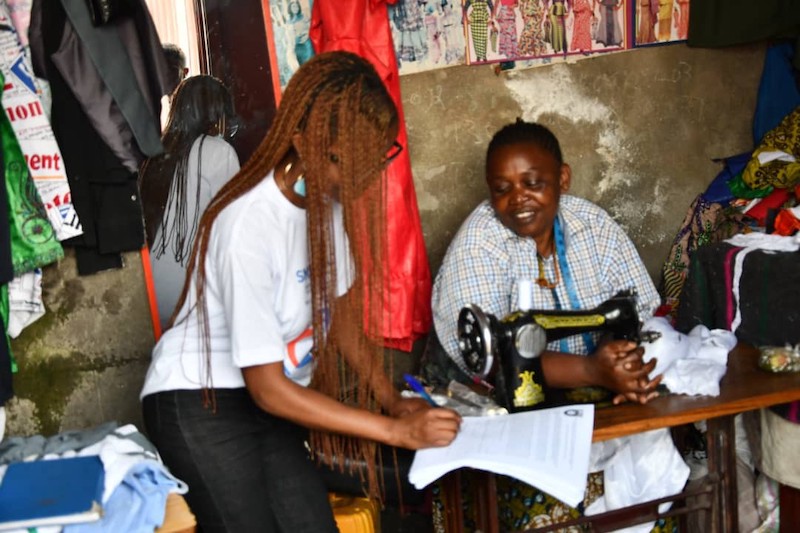 After starting the service in April with help from a Coronavirus Fact-Checking Grant, the organisation attracted 550 new users through social media and radio advertisements. On July 4, five volunteers conducting in-person outreach across the Democratic Republic of Congo city of Goma signed up an additional 507 subscribers.

SMS COVID-19 works by sending subscribers a text message summary of every new article published about the disease. Managing director Sammy Mupfuni said sending fact-checks via SMS spreads fact-checking to vast majorities of the country with no access to the internet. A 2017 survey by the World Bank found roughly 8.6% of Congo had some form of internet connection. Mupfuni said that is no protection from the misinformation spread there.

“There is always a minority of people who have access to internet (who) are considered to be the best informed,” Mupfuni said. “When false rumors come from them, the community can easily believe it.” He cited misinformation about African immunity as well as disbelief in the existence of COVID-19 as just some examples of misinformation that spread from the internet to the public.

Congo Check, along with other African fact-checking organisations, has and continues to use radio broadcasts to distribute fact-checks to under-connected communities. Radio is an affordable option in Congo where, according to a 2019 survey by the Alliance for Affordable Internet, the average monthly cost of one gigabyte of data was roughly 26% of average income.

But radio is not without its limitations. Mupfuni said fact-checks can be broadcast at times when few people are listening, and some remote parts of Congo further from major metros have a hard time accessing radio signal.

“But the text message gets to a person’s phone no matter what they are doing, whether he is driving or working in the field,” Mupfuni said. “As soon as he picks up his phone he’ll find the SMS and the fact-check and will be informed.”

Data from the World Bank show roughly 44% of Congolese had a mobile phone subscription in 2018.

Misinformation is not new in Congo, and has had deadly and dangerous consequences. In the midst of Congo’s 2018 Ebola epidemic, a Harvard Medical School survey found only 4.9% of respondents trusted the national government and 25% said they believed the virus wasn’t real. In April 2019, aid group IMA World Health reported one of their doctors was killed by a militia accusing the group of “perpetuating false rumors about Ebola.” In November, NPR reported there had been 386 attacks on healthcare workers in Congo combating the Ebola virus.

Mupfuni acknowledged the distrust of authorities in Congo, but said the street outreach has helped his organisation establish its connection to the public it’s trying to serve.

“As people are finding out about us, and understand that we are fighting for them to get the real information, they appreciate us,” he said. Congo Check plans to do similar outreach in the future, and is developing a mobile application to help volunteers immediately connect subscribers in the field.