How the Journalism Students Network of Zimbabwe is bridging the gap

Created by journalists Tafadzwa Tseisi and Ashton Bumhira, the organisation aims to fill a gap that established journalism schools have failed to close 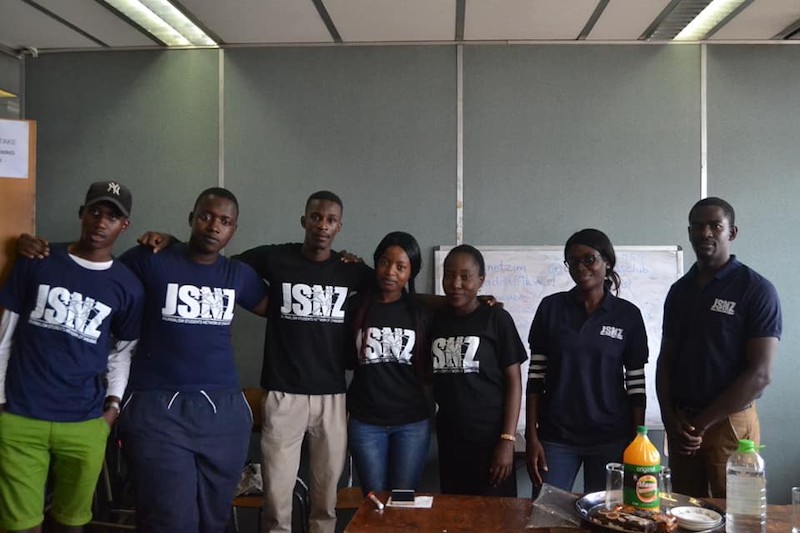 A Zimbabwean student organisation has taken up the challenge of reforming journalism education in the country. Formed in 2015, the Journalism Students Network of Zimbabwe (JSNZ) was the brainchild of journalists Tafadzwa Tseisi and Ashton Bumhira with the aim of filling the gap that established journalism schools had failed to close.

“JSNZ was created against the background of a curriculum that is out of sync with the ever-emerging journalism trends which has resulted in most tertiary institutions churning out journalists who struggle to meet the demands and the practical complexities of the industry,” said director Tseisi.

Along with founding partner Bumhira, they set out to create a programme that would complement existing tertiary institutions and equip students with “capacity building” activities.

Since its inception five years ago, JSNZ has grown to encompass journalism and media students from more than five Zimbabwean tertiary institutions. With the help of various heads of departments and lecturers, it has also managed to facilitate training and exchange programmes with students from institutions such as University of Zimbabwe, Midlands State University, Harare Polytechnic College, Christian College of Southern Africa, National University of Science and Technology and the Great Zimbabwe University, with the aim of enhancing their capacity to meet the demands of the media industry today.

To grow its network, JSNZ has managed to leverage off its social media presence, such as having various WhatsApp groups consisting of media students from institutions around Zimbabwe, as well as using Twitter and Facebook to raise the organisation’s profile.

The leadership structure consists of female leaders Mary Yuki Mundeya as coordinator, Marvelous Chibagidi as secretary-general, and Nicole Kurebwaseka as a digital media expert. Gender balance is at the core of JSNZ’s programming, said Tseisi as the organisation seeks to “awaken a new era of female media professionals who will empower women from all over Zimbabwe through various forms of storytelling”.

The JSNZ’s impact on improving the quality of journalism students in Zimbabwe hasn’t gone unnoticed, with the organisation receiving the accolade for most innovative start-up in the Citizen Journalism category at the Shoko Festival’s HUB Awards.

Tseisi said as the Covid-19 pandemic hit, the organisation was able to adapt by organising virtual sessions with young Zimbabwean and Kenyan media professionals.

However, the organisation’s growth hasn’t been without challenges. One of the biggest being a lack of funding for some of its projects, which has consequently put some of its activities on hold.

JSNZ promises to upskill participants, share internship opportunities and open up networking opportunities with industry peers. To be part of this programme one has to be a journalism or media professional with a keen interest in honing your skills and growing your network.