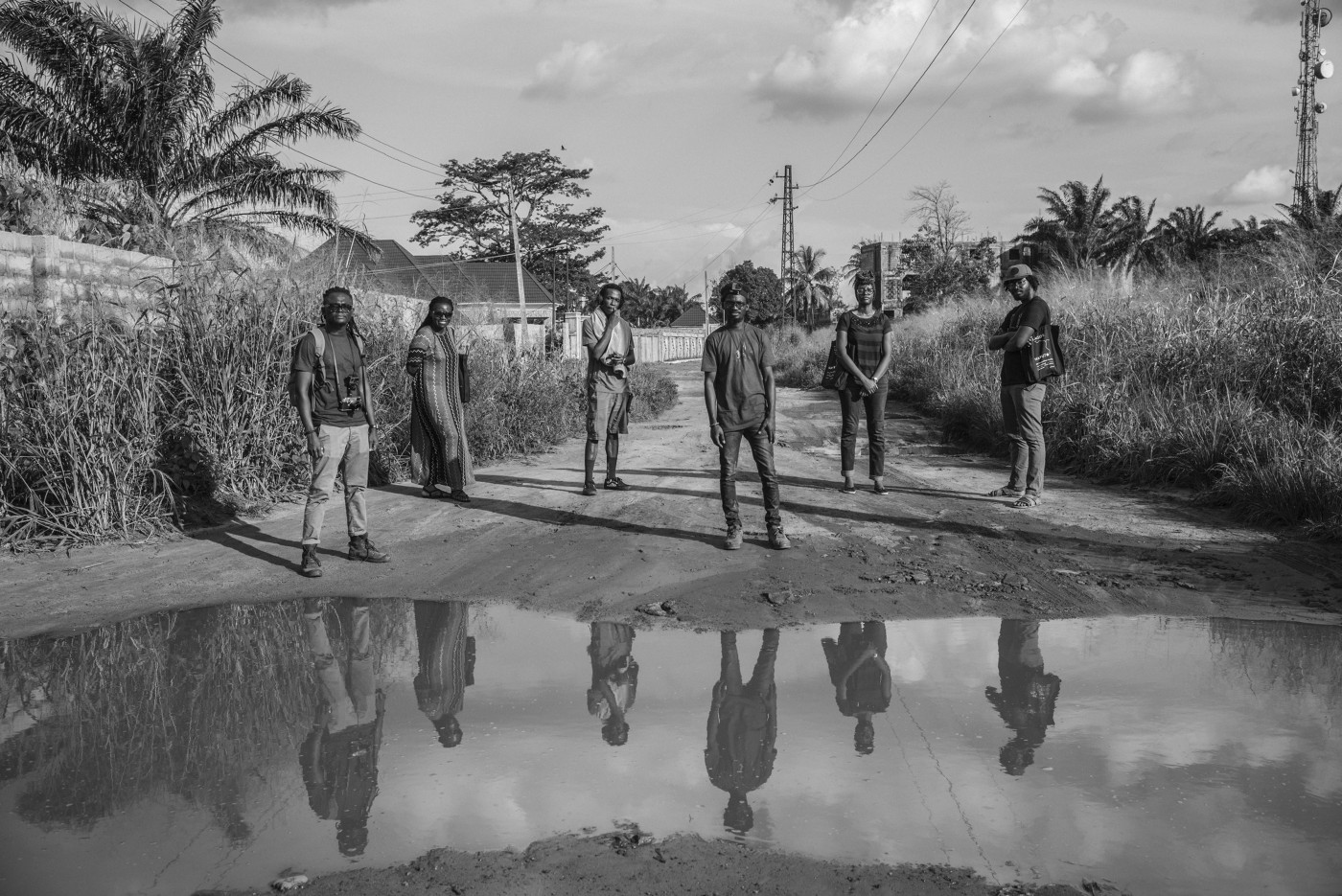 Since 2009, the Invisible Borders project has been bringing together various content creators, like photographers, filmmakers, and writers, on road trips across several countries with the purpose of experiencing and chronicling life on the continent across the perceived stereotypes and divisions.

In the last decade, the project has deepened this road trip model, collaborating with artists from countries such as Mozambique, Cameroon, Ethiopia, and Mauritania. Invisible Borders also has various other avenues of work, such as exhibitions and publications.

The team does not identify directly as a journalism project, and at times challenges some traditional media approaches. Yet, its focus on storytelling to challenge stereotypes, as well as some of its unusual ways of doing this, such as the road trip format, perhaps holds lessons for media practitioners from more mainstream industry.

Okereke tells stories of crossing physical borders on road trips and experiencing the differences and often contradictions between the human and the bureaucratic nature of these spaces. The project puts weight not only on documenting these experiences and reflecting on them but exploring them fully as a creator.

Elodie Sacher, an Invisible Borders project manager, says that the organisation focuses on engaging with the environment in a way that does not run the risk of objectifying what is experienced. It’s more about going with the flow of events, being there every day, and being open to any experience which will come to you and not trying to fit it in a certain kind of journalistic frame,” she says. “Subjectivity isn’t the contrary of being a journalist.”

The stereotypes organisation aims to explore cross not only the physical borders but various differences and frontiers of a more ideological nature.

Okereke explains that from the beginning the organisation, which preceded the launch of Instagram by one year, focused on image-centred storytelling of ordinary African lives outside of stereotypical narratives. “We already had a blog, where photographers can go in and photograph the continent without necessarily having to produce you know, a blatant, eventful headline. You can just photograph anything.”

To expand on this approach, one particular area of focus this year has been the team’s i-Visible project, which curates visual content directly from people across the continent. It was relaunched this year with an open call for photographs and stories that are then shared on a website and social media.

Sacher explains that they are using this part of the organisation to open up the experiences they have previously fostered in-person to a wider group of people. “The aim of this project is not to work with the people we already worked with,” she says.

Sacher emphasises that they are very open to submissions from people who do not consider themselves professional storytellers, in order to represent realistic experiences of Africans. “We were interested in their point of view and how they see and experience every day so that the storytelling transcend also borders of professional and non-professional.”

While the project precedes the pandemic, Sacher explains that a focus on digital content has been particularly important this year. “This is really based on media and the sense of the internet as a sense of performing togetherness, and I think especially now in times of [Covid-19], it’s especially important for us to see how we can overcome or bridge this time where we can’t engage on-site.”

The team also engages further with the people who have submitted to the projects, such as through a closed online forum where moderated discussions take place. Invisible Borders also hopes to support at least one of the artists with equipment or other resources.

Invisible Borders had planned to continue an East African road trip, which went from Lagos to Kigali in 2018, with a stretch from Kigali to South Africa next year. Okereke says they intend to continue with the preparations, and hope pandemic restrictions will be lifted by that time.

Previously, blogs, apps, and other forms of storytelling notified audiences of content from the road trips, but Okereke says the future will hold a strengthened, hybrid version of the organisation’s work. “We are very hopeful that by the time we begin to travel again, which we hope is next year, that this whole idea of online will complement you know moving across the borders.”