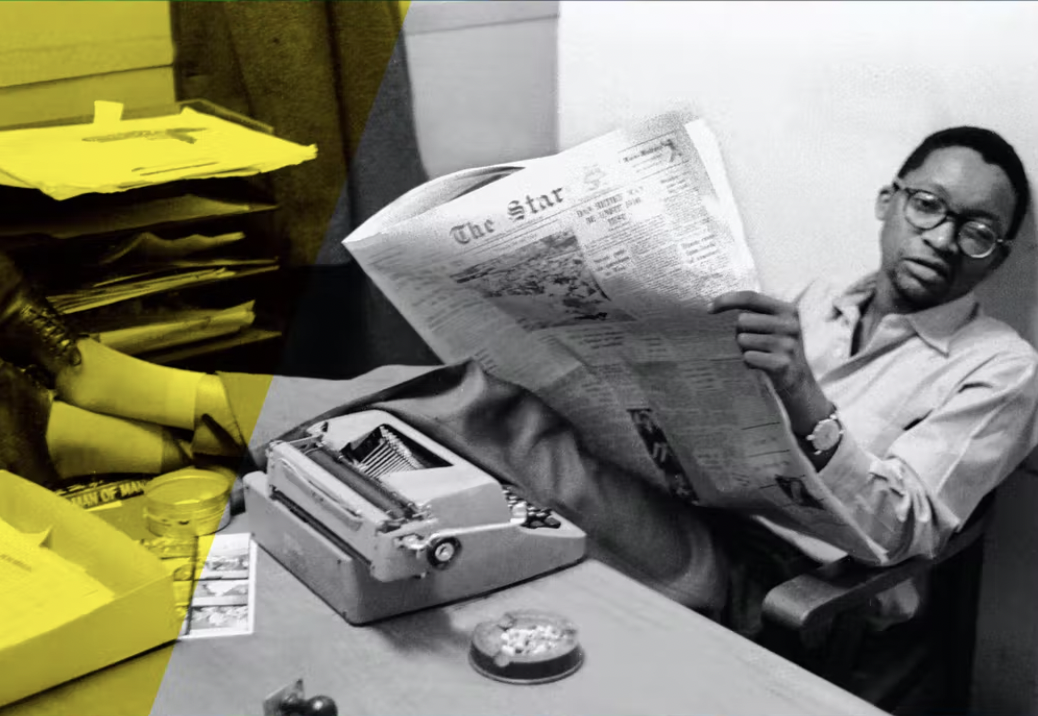 Siphiwo Mahala is well known as a South African short story writer, novelist, playwright and literary organiser. He is also an academic. In fact, his most recent book is a product of his PhD thesis, titled Can Themba: The Making and Breaking of the Intellectual Tsotsi. Can Themba was a journalist and short story writer who challenged the apartheid state by foregrounding the pain and the joy of black life. We asked Mahala to tell us more.

Who was Can Themba and why does he matter?

Can Themba was part of a generation of black writers that revolutionised journalism and the South African literary landscape in the 1950s and early 1960s. This was a culturally dynamic and politically volatile period in South Africa. In 1948 apartheid was introduced by the white minority government, followed by the enactment of draconian laws in the early 1950s, which sought to separate people according to race. This prompted the black oppressed majority to intensify its resistance struggle. Artists, intellectuals and the growing cohort of black journalists were at the forefront of finding platforms to speak against these socio-political ills and challenge the regime.

Drum was the most widely distributed magazine that foregrounded the voices of urban black people at this time. Themba was associate editor and also wrote for Drum’s sister newspaper, the Golden City Post. He was central in chronicling the black condition. Themba had a penchant for ordinary stories – of the neglected, the marginalised and even the resented – and he wrote them in such a sensational way that they would attract global attention. He was a daring journalist, unafraid to put his body on the line in pursuit of a story.

The kind of stories he covered included the impact on ordinary people of the 1957 bus boycott and of pass laws. One of his most documented stories was Brothers in Christ, where he investigated if white churches would welcome black worshippers in accordance with the Christian doctrine of brotherhood. He was assaulted and charged for trespassing in churches, creating a controversy that solicited international attention.

His romantic relationship was the subject of police interrogation because he dared to love across the colour line. He was manhandled and arrested for doing journalism. He was banned under the Suppression of Communism Amendment Act and his writing could neither be published nor referenced in South Africa until 15 years after his death. Clearly, the apartheid regime wished to erase him from the face of history.

He went to exile in the early 1960s, was banned shortly after and died in exile. This has made it difficult to trace his life’s journey. Although his works – especially his short story The Suit – have been celebrated for years, his personal story has been sketchy, limited to his period as a Drum journalist.

How does your study approach him?

My interest was in his construction. Tracing the factors that contributed to the making of the writer who became known as the winner of Drum’s short story competition in 1953, and the elements that contributed to his deterioration a few years later. I feel privileged to have been the first to document his life story – more than 50 years after his passing in 1967. In this book, through the voices of people who knew him personally, we get to know Can Themba as a husband, father, a drinking buddy, a teacher, a colleague. As a person and not just the public figure.

More than half the people I interviewed as part of the research have since passed away. The unique insights shared by the late Anne Themba, Nadine Gordimer, Keorapetse Kgositsile, Parks Mangena, Mbulelo Mzamane, Ahmed Kathrada and Lindiwe Mabuza cannot be replicated and could have been easily lost.

I trace him from an early age, his family background in the racially mixed community Marabastad, relocating to Atteridgeville, a township outside Pretoria. I trace his schooling as well as his years as a student at the University Fort Hare, where he studied towards a BA degree and majored in English which he passed with a distinction. Sharing the university syllabus helps us to understand the foundations of his literary apprenticeship, as it included literary criticism, the history of literature and the study of poetry. The earliest available record of Themba’s publication dates back to 1945, when he was a student at Fort Hare, and the influence of Shakespeare is palpable.

This period also gives a glimpse of what he and some of his fellow students would become. Whereas Themba and his fellow literary enthusiast Dennis Brutus contributed mainly poetry and short stories in student journals, political leader Robert Mangaliso Sobukwe was contributing articles in political pamphlets.

I hope readers will take away a more holistic view of Can Themba and understand that he was an abundantly talented individual who was as flawed as the rest of us. He died before his fullest potential could be realised.

What did you conclude about Themba?

Much has been written about the perceived lack of political commitment in his works, his romanticisation of the township and his excessive drinking. In this book, I reveal some of his sharpest political commentary. I reveal that Themba did not drink until he joined Drum. Former Drum photographer Jurgen Schadeberg states that drinking in the newsroom was encouraged. Schadeberg says Themba initially felt out of place in the newsroom, and kept wearing a tie just like the teacher he was.

Themba died in 1967, supposedly of alcohol-related causes, only 14 years after he started drinking. I interrogate a number of personal, social and political factors that contributed to his early demise. As an epigraph to the book, I use a quote from his former protege, veteran journalist Harry Mashabela:

Can Themba was what he was and not what he could have been because his country is what it is.

For a writer who believed in freedom of expression, living in a tyrannical society was a constant assault to his soul.

More than anything else, I realised that Can Themba was a teacher at heart. It’s common knowledge that before joining Drum in 1953, he had been working as a teacher, and that he taught at St Joseph’s Catholic School in Swaziland, where he passed away in 1967. It’s not very well known that he lived for teaching even when he was not teaching for a living.

He was a teacher in his House of Truth, which he established in his room in Sophiatown as a forum for debate. He taught in the newsroom and in the drinking dens, becoming known as the “shebeen intellectual”. And in every space where he found himself. He did guest lectures at universities. He even offered English lessons to groups and individuals. For me, his greatest legacy is his determination to nurture young minds.

Can Themba: The Making and Breaking of the Intellectual Tsotsi is available from Wits University Press.

Siphiwo Mahala is a postdoctoral researcher at the University of Johannesburg. This article first appeared on The Conversation Africa.